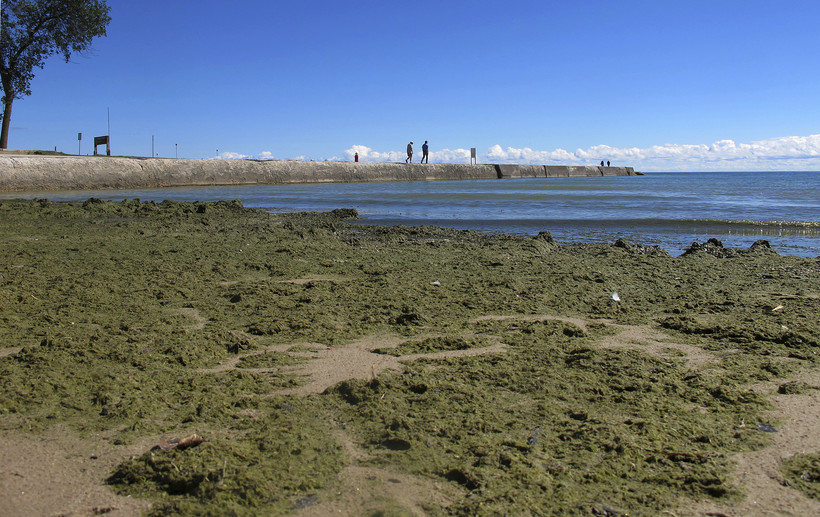 The manure farmers use as fertilizer contains phosphorous and after a period of heavy rain, that phosphorous can seep into Wisconsin’s lakes, fueling the growth of toxic algae blooms.

That algae can be harmful to humans and their pets, but it can be deadly to wildlife — potentially creating "dead zones" in waterways.

Just last week, Lake Mendota — Madison’s largest lake — had to close some of its beaches because of toxic algae blooms. The closures came after the second wettest May recorded in the city by the National Weather Service.

"It does affect everyone you know beyond just what we see in surface water and things we like to go swimming in, or in terms of water that we drink from groundwater," said UW-Madison associate professor Christopher Kucharik, co-author of the study.

"If (the fertilizer is) applied right before a heavy rainstorm, a lot of that will leech and move downward through the soil and make it to our groundwater supply," he said.

In Dane County, some farmers have been experimenting with more efficient ways of using manure, Kucharik said.

"But they’ve got their hands tied in many ways, you know, it's going to be costly for them to radically change what they're doing right now given the system within which they operate," he said.

Kucharik said maintaining Wisconsin’s waterways as rains intensify will require investing in technology that can absorb phosphorus from manure and perhaps a rethinking of what consumers expect from farmers in terms of production.