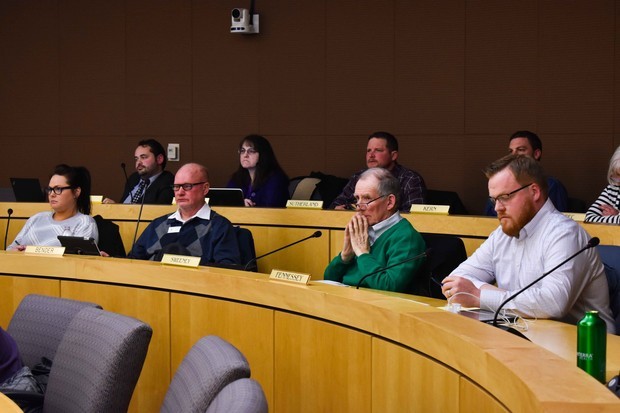 City, Tourism Leaders In Superior Fight Over Future Of Marketing City To Visitors

City and tourism officials are fighting over the future of the tourism industry in Superior.

City leaders said the change will increase transparency over tourism spending while local tourism officials say the move threatens funding for tourist attractions. The Superior City Council voted Tuesday to send further discussion of the proposal to the Committee of the Whole.

The city contracts for tourism promotion and development with Travel Superior, which is the visitor bureau arm of the Superior-Douglas County Chamber of Commerce. That contract is set to expire Dec. 31.

A 2015 state law mandates that 70 percent of money generated through room tax go toward tourism promotion and development. The revenues must be forwarded to an existing tourism entity or a tourism commission.

"I think that's a very real desire to have some say in what these marketing campaigns look like and how much we spend on them," said Paine. "That's a power we don't have now."

The city collects around $800,000 each year in room tax revenues, according to Taylor Pedersen, president and CEO for the chamber and Travel Superior. He said Travel Superior receives roughly $600,000. A portion of that funding is devoted to organizations like the Richard I. Bong Veterans Historical Center and the Tourism Development Fund committee. Travel Superior reserves around $150,000 for advertisements to promote the city and region.

He argued the change threatens funding for multiple organizations, including the Bong Center and Superior Public Museums.

"There's no guarantee that they're going to continue to get that going forward," said Pedersen. "And more importantly, tourism in the city of Superior is one of our lead economic drivers. By potentially stopping promotion of tourism the way we've been doing, we could disrupt the great work that we've accomplished. And, obviously, there's a negative impact for Travel Superior if we no longer receive those funds or only receive a portion of those funds."

Pedersen contends that room tax collections are up 90 percent in the last decade, adding that tourism has been growing each year except during the COVID-19 pandemic.

"We're coming off of the tail end of a pandemic that really shook the roots of tourism," he said. "I don't know that it's the best timing for this."

Paine argued Superior's tourism attractions already receive funding from the remaining 30 percent that the city receives from room tax revenues except for the Bong Center, which receives funding from both the city and Travel Superior.

Paine and some city council members feel more could be done to promote tourism in the city. He said the change isn't about ending the relationship with Travel Superior, which he feels has done a great job running the city's visitor center.

"I think they should still do that, and that's going to take quite a bit of money," said Paine. "I don't agree that they should be 100 percent in control of marketing."

The state’s room tax law allows a tourism commission to contract with other organizations for marketing services beyond a community’s existing tourism entity. But, not all city council members are comfortable with the move, including Brent Fennessey. He fears a tourism commission will inject more politics into tourism marketing.

“Those members could basically put their attention towards a project or a couple projects and the broad level promotion of Superior as a whole could get lost,” said Fennessey.

He said the commission could devote 100 percent of tourism promotion funding to a convention center. The city council approved a contract with a Minneapolis firm last month to conduct a feasibility study on building a new convention center in Superior.

“Just the idea of putting something like the (Duluth Entertainment Convention Center) in Superior doesn't seem like a good enough reason to change the way we've been doing it and how much growth we've seen in this city,” said Perrault.

Superior’s change follows a move by the city of Duluth in August to negotiate a contract with a Twin Cities firm to market the city to tourists instead of Visit Duluth, the city’s tourism bureau. Paine said Superior’s decision to create a tourism commission was driven by the end of the city’s contract with Travel Superior, saying it was “pure coincidence” that both Duluth and Superior tourism contracts ended this year.

Others who spoke before the city council supported forming a tourism commission, including Pattie Soliday, who formerly owned a marketing business in Superior. She supports a convention center and fears the cost to build one may fall on the city’s taxpayers without forming a tourism commission. Still, she opposed the city contracting with other outside marketing firms, arguing it would waste time and resources.

“Please do not move us backwards in the battle for visitors and hotel guests,” she said. “Please do not follow what Duluth did. I believe that was a mistake.”

Any tourism commission would be prevented from using revenues to build a lodging facility under state law, according to the League of Wisconsin Municipalities. But, it could devote money to support “tangible municipal development” like a convention center.

Earlier this year, the Racine County visitors bureau alleged the village of Mount Pleasant wanted to keep tourism revenues for its planned convention center. The visitors bureau sued the village and accused officials of unlawfully spending money collected from hotel room taxes. The village has contracted with the visitors bureau for decades, but the most recent contract expired at the end of last year. That case is still pending.