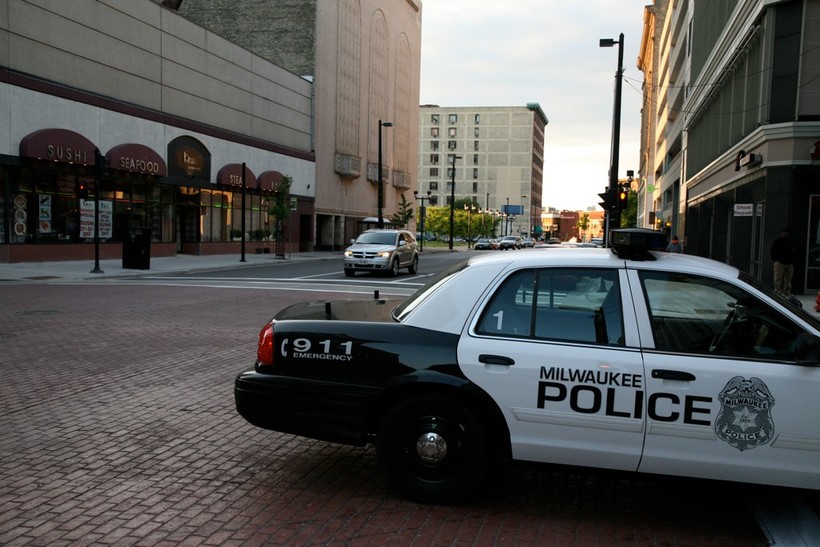 Grant Would Have Paid For Additional Officers, But Council Wants A Larger Conversation About Policing In City
By Corrinne Hess
Updated:
Tuesday, December 15, 2020, 1:55pm
Share:

A controversial federal grant that would have allowed the Milwaukee Police Department to hire 30 additional police officers has been denied by the city's Common Council.

The $9.7 million COPS grant would have paid for all costs related to the officers for three years, but required the city keep the positions for a fourth year.

Community members have been lobbying council members in support of and against the grant for months, and the council has debated and delayed a decision since October. The issue has been a cash-strapped city facing rising crime rates up against a growing number of people who distrust the police department.

The city's murder rate is higher than it has been since the mid-1990s. And by the end of next year, Milwaukee will have about 1,680 officers — about 200 fewer than four years ago.

This year, 60 officers were eliminated due to budget constraints. In 2021, the department will lose 120 officers.

Meanwhile, protesters continue to call for defunding the police. Monday marked the 200th day of marches in Milwaukee.

The COPS grant has been unanimously and easily approved in years past. This year's debate and subsequent denial of the money is a microcosm of the debate nationwide regarding policing, Alder Ashanti Hamilton said.

"The time period we are in is requiring us to demand more and to request more from those that have the responsibility of enforcing the law in our communities," said Hamilton. "I find ourselves at a cross point. Both as a council and a nation about whether we are prepared to make those changes."

On Monday, the Common Council's Public Safety Committee approved the grant, but with an added seven requirements of the police department including improving response times, allocating more officers to traffic enforcement and adding beat cops. Hamilton added the stipulations at Monday's meeting.

During Tuesday’s full council meeting, Acting Police Chief Michael Brunson called the requirements worthy goals, but said he couldn’t make any promises, given the loss of officers the department is facing and the increase in crime.

The council discussed the added requirements for more than an hour before Hamilton took them off of the table. The council voted 9-6 against the original grant proposal.

Alder Milele Coggs said the ongoing discussion over the grant illustrated a need for a larger conversation in the city about policing.

"Otherwise we're going to have fragmented conversations like this every time a piece of legislation comes up," Coggs said. "We all want better policing for this city."

Milwaukee Mayor Tom Barrett held a press conference Monday following the decision. Barrett, who has been a strong supporter of the grant, said turning down nearly $10 million will make it difficult for the city to get resources from the state and federal government in the future.

"I know there are philosophical battles that are happening right now about policing in America and policing in Milwaukee and these are important conversations, and they are a lively debate, but we should be able to have those same conversations without literally turning our back on $9.7 million," Barrett said.

Barrett said the people who will be hurt are residents who experience armed robberies and break-ins and have to wait longer for police to respond.

In a procedural move, the Common Council didn't completely kill the grant. Any of the nine members who voted "no" can bring back the matter in January for a vote.