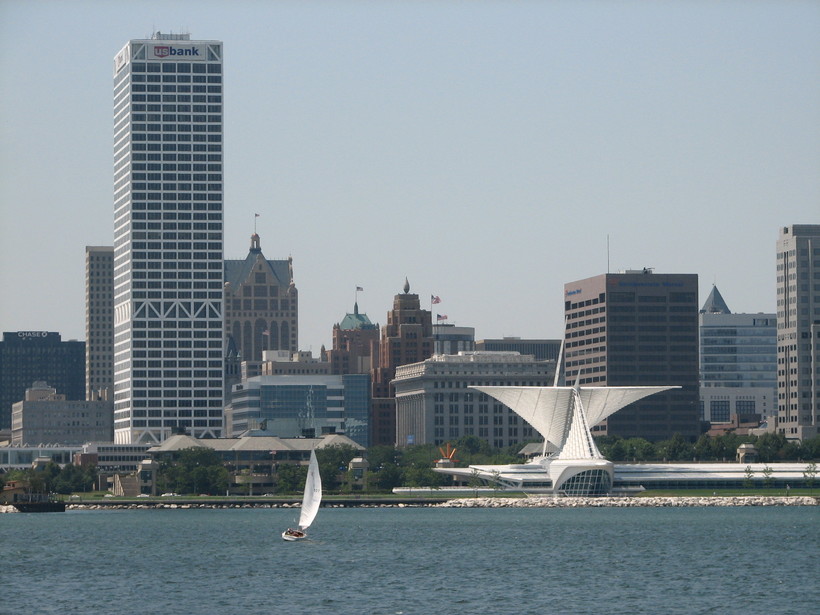 For Children Growing Up In Low-Income Families, Location Crucial In Upward Mobility

Morgan Thomas has lived in Milwaukee her whole life. She grew up in a stable home with her six siblings, but when her mom died, while Thomas was in high school, things fell apart.

She dropped out of school and saw her modest but steady environment fade away. Now, she’s worried she can't provide the same type of stability she once had for her four children.

"Our family isn’t where it’s supposed to be right now," Thomas said. "So the support system I have is not where I want it to be at, and my son’s father passed away about a year and a half ago due to the violence in Milwaukee."

For children growing up in low-income families, location may have a major impact on their upward mobility.

Thomas lives with her 3-year-old son at The Lodge, a homeless shelter in Milwaukee run by The Salvation Army. She’s been there for three months and visits her daughters, who live with their dad, whenever she can.

Thomas said growing up, she had the chance to play outside without the constant threat of violence. Now that she’s a mom, she doesn’t think her kids will have that same chance.

Eighty miles west in Madison, the threat of violence isn’t as prevalent as it is in Milwaukee.

George Hinton, CEO of the Social Development Commission, said not having to constantly worry about violence in Madison allows there to be more stable neighborhoods.

"If you stabilize a neighborhood, you stabilize families not being so transient," Hinton said. "That process itself impacts the ability to give a child the opportunity to take advantage of the education process."

Hinton said this helps explain why the expected earned-income difference is so stark between Madison and Milwaukee.

Project Excel is an after school program in Milwaukee run by Wisconsin Community Services’ youth division. Nichole Yunk Todd, program administrator, said they’re trying to be a stabilizing force for children in the city.

"We need to put our money into empowering young people with leadership opportunities," Yunk Todd said. "We have to put our money in structured environments like after school programs. After the bell rings, what are you going to do?"

Thomas’ kids spend time in social programs like these aimed at giving them something to do in their spare time. She hopes this can help keep her children on track to eventually graduate high school — something Thomas didn’t do. She said she believes that’s their key to escaping poverty.

"Make sure they graduate high school," Thomas said. "Make sure that they have a nice job where they’re happy and they wake up and say, 'I’m going to work, this is what I love to do.'"

To reap those benefits, children need access to high-quality schools that focus on preparing them for college or a career. Marc Levine, a professor at the University of Wisconsin-Milwaukee, said making sure all kids have that access requires changes at the policy level.

"We need to, as a community, make a decision that we're going to break down the barriers of segregation," Levine said. "That this is going to be an important value in the community."

"The rate of overall economic growth in the metro area is relatively low compared to other metro areas," Levine said. "Madison has been on a roll for the last 20 or 30 years."

As for Thomas, she is pursuing her GED in hopes it will help her provide a stable environment for her children. She’s spent all 27 years of her life as a Milwaukee resident, and she said despite the challenges the city presents, she doesn’t plan on leaving.