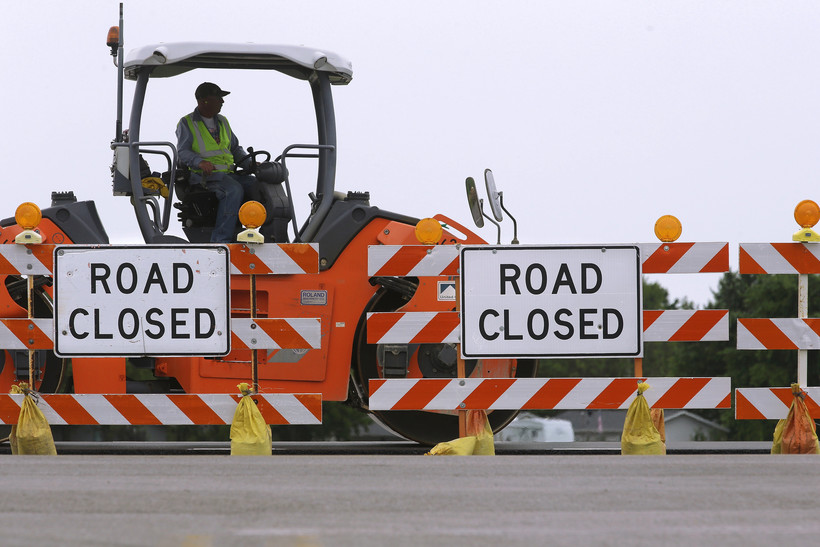 Legislation passed during the Legislature's lame-duck session could change how Wisconsin pays for major highway projects. Transportation insiders say the tweaks are meant, by lawmakers, to be a way for the state to avoid federal wage requirements.

The first bill approved by lawmakers during this week’s extraordinary session makes changes to how the Wisconsin Department of Transportation funds highway megaprojects, like those in southeastern Wisconsin and other major state highway projects throughout the state, by requiring at least 70 percent of the project be funded with federal dollars.

Under current law, the DOT uses a combination of federal and state dollars, but for megaprojects and other major highway improvements there isn't a set minimum for federal funds.

Former DOT Secretary Mark Gottlieb said that change is significant because federal funds carry with them federal requirements that contractors be paid wages set by the U.S. Department of Labor.

Wisconsin had similar requirements under what were known as the prevailing wage laws, but those were repealed as part of the 2015-2017 state budget. At the time, some Republican Lawmakers argued the prevailing wage rules made road projects more expensive by forcing the DOT to pay wages that were higher than necessary.

Gottlieb, an appointee of Gov. Scott Walker who criticized his policies during the 2018 campaign, said it appears the latest changes are meant to concentrate federal funds into fewer highway projects, meaning the contractors working on other projects will not have to be paid the higher federal rates.

"That’s a policy decision that the Legislature is free to make," said Gottlieb. "The caution that I would have is that the people who are advocating for that are saying that it will save enormous amounts of money and that by in fact by getting rid of prevailing wage that could, in effect, solve the state’s transportation funding problem and that is not true."

Gottlieb pointed to research compiled by the state's nonpartisan Legislative Fiscal Bureau that showed conflicting reports of savings by avoiding prevailing wage laws in other states. It also noted the state Department of Revenue estimated repealing the state’s prevailing wage laws in 2015 would have no fiscal impact on the state. The DOT reported at the time that savings at the state and local level would be indeterminate.

The Wisconsin Transportation Builders Association, the state’s road building lobbying group, said it had concerns about lawmakers’ lame-duck session changes to how federal funds should be distributed in state highway projects.

WTBA Director of Policy and Finance Kevin Traas agreed with Gottlieb, saying the change appears to be aimed at limiting the amount of highway projects subject to federal prevailing wage laws.

But he said the move could cause delays for much needed highway repairs because federal funds are limited and the state would be unable to fund 70 percent of all major highway projects in the state with them.

"We just don’t think it’s possible." Traas said. "And the requirement in the bill that DOT files an alternative funding plan with joint finance and waits for them to review it for two weeks is an inefficient way to deliver the highway program with our construction season that is limited because of the weather here in Wisconsin."

The transportation measure and others passed in this weeks extraordinary session now head to Walker’s desk for his approval.