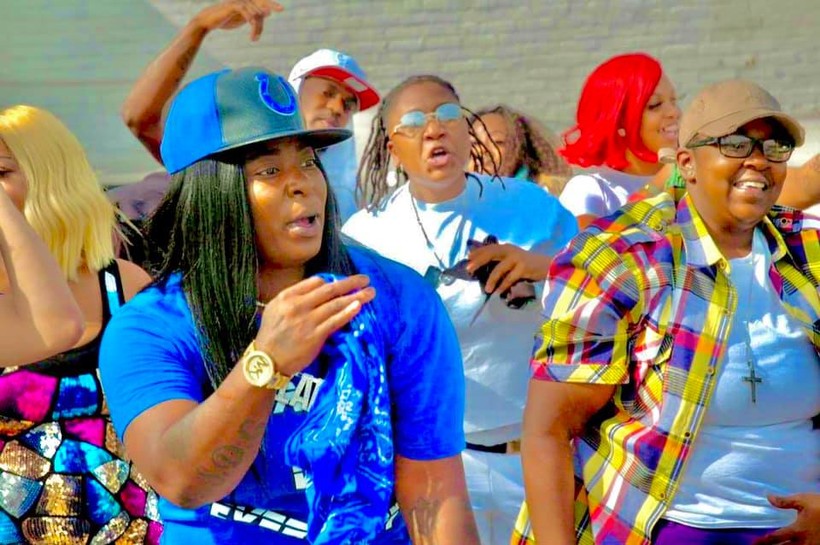 J25 and the other members will be reviewing and voting on the best eligible music submissions this fall for the 2022 Grammy Awards scheduled for Jan. 31 at the STAPLES Center in Los Angeles. Photo courtesy of HGM Music Group

'Change In The Future Of Music': Hip-Hop Artist Is First Indigenous Woman To Judge Grammys

An Appleton-based hip-hop artist will help judge submissions for the 64th annual Grammy Awards Jan. 31 as the first Indigenous woman to be inducted the Recording Academy, the organization behind the awards.

With songs like "Indigenous," "Native America" and "Land Back," Jazelle Childs-Evans, who goes by J25, embraces her roots within the Chickasaw Nation and uses her music as a platform to rail against social injustices that have markedly affected Indigenous communities.

In late June, the Recording Academy sent out membership invitations to more than 2,700 music professionals, including singers, songwriters and engineers. The Recording Academy has seen its share of scrutiny over the years for what critics have called bias against women and Black artists. Diversifying its membership has been a key goal recently for the academy. The nonprofit reported that the 2021 academy class is 48 percent female, 32 percent Black, 13 percent Latinx and 4 percent Asian or Pacific Islander.

The current make-up of the academy's 11,000-plus membership is 26 percent female and 27 percent from underrepresented groups.

Members of the academy play roles in making sure the music industry evolves in ways that protect the artists. Through their memberships, they get access to member initiatives and programs and participate in the Grammy Awards process, among other benefits.

Childs-Evans will be reviewing submissions for the 2022 Grammy Awards in categories including hip-hop, pop, jazz, rock, reggaeton and gospel. Most of those categories used to be judged by anonymous committees. However in May, the academy announced that it was getting rid of nomination review committees because of concerns over transparency about who was serving on them and how they were choosing winners.

Childs-Evans said her hope as a member of the Academy is to build relationships with other artists and to push for more diversity and representation in all genres of music. She also hopes to see an Indigenous category added to the established line-up 84 Grammy award categories.

"I believe that (Indigenous music) will have a strong influence in music because it's something different," she said. "A lot of the artists are very unique, very dedicated to what they do. So it's only a matter of time before Indigenous music as a whole will be like a household name."

She said big influencers within Indigenous communities, like Ada Deer of the Menomoninee Nation and Bill Anoatubby, governor of the Chickasaw Nation, serve as her own inspiration.

"They inspire me to use my music to speak on these issue that go on and the battles in the Native American community," she said.

But Childs-Evans isn't focused merely on social, political or environmental issues. She also wants people to experience Native American cultures. Especially in her music videos, Childs-Evans likes to draw attention to traditions like annual powwows, believing they are inroads for the community at large to engage with Native American communities.

"I definitely love broadcasting that in my music as well just to show people, 'Hey, get to know Native American culture, get to know our people and our values and traditions,'" she said.

Read lyrics and watch videos of some of Childs-Evans's work below:

Editor's note: The music videos embedded in this story include language some may find offensive.

"Indigenous, strong and resilient / 500 years and we’re still here / We weathered the storm like Trail of Tears / Going hard for my res like I'm Ada Deer / The creator help me see it clear / Feathers up if you’re Native and proud / Genocide still not wiping us out / I’m an eagle soaring high through the clouds"

"Since 1492 they tried to put us on mute / Hands up, don't shoot / Gotta educate the youth / Ancestors still with us / Study our traditions and follow the Great Spirit / They tried to take my freedom but never could take my mind / Through the wars and the pipelines my natives still survived / Land back" 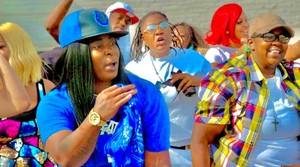 Appleton-based Indigenous hip-hop artist Jezelle-Childs Evans became the first Native American woman to be inducted into the Recording Academy, the organization that presents the Grammy Awards. We discuss artist recognition, representation, and women in hip hop.