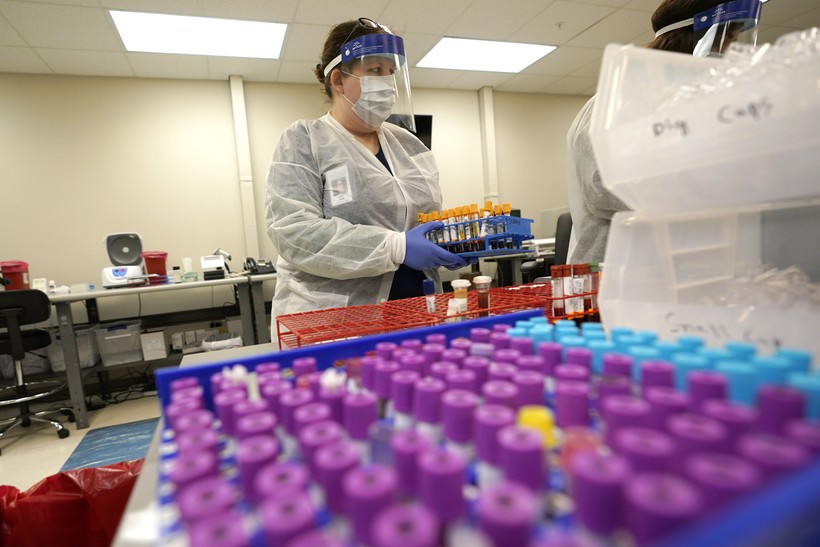 Central Wisconsin Lab Will Be CDC Hub For COVID-19 Testing

The scientific race to understand COVID-19 will be fueled in part by a central Wisconsin testing center.

The federal Centers for Disease Control and Prevention are running multiple studies on the virus, how it's transmitted and how it can be treated. This month the CDC awarded a $22.5 million grant to a Marshfield Clinic laboratory to serve as the nation's center for the testing that will make these studies possible.

Jennifer Meece, director of the Integrated Research and Development Laboratory at the Marshfield Clinic Research Institute, said the lab will double the number of its scientists as it prepares to conduct COVID-19 tests on samples received from study subjects across the U.S. These include participants in "cohort studies," which are studies over time of people who share certain characteristics. For example, one CDC study is specific to health care workers.

These carefully designed studies, Meece said, will help to define what we know about the new virus — and help to shape the scientific response to it.

"It's going to teach us a lot about the transmission dynamics, who's at risk, who are the 'super-shedders' (of the virus) or asymptomatic shedders, as opposed to people who get the virus and get really sick," Meece said.

Another important area of study involves the potential for reinfection among those who have fought the illness once, Meece said.

"Once you get it" and recover, Meece said, "are you OK? Can you go back to the workplace? We don't know that. … We don't know so many of these things yet, and this is how we will learn."

The CDC previously awarded more than $10 million to help aid state and local efforts to stem the spread of the disease. Scientists at the University of Wisconsin-Madison have been deeply involved in the search for a vaccine, and hundreds of Wisconsin families are part of a federal study on the role children play in spreading the virus.

But the Marshfield lab will be the only central reference lab in the nation supporting the CDC's studies. It's not the first time the lab has managed testing for the CDC. As far back as 2004, the laboratory aided in studies of the effectiveness of the influenza vaccine. Meece, who has a doctorate in mosquito genetics and studied malaria and other mosquito-borne diseases before becoming director of the lab in 2007, said the organization has honed and developed its specialty in laboratory testing.

But this will be the largest-scale project the lab has taken on, as well as the one with the highest stakes. The lab employs 20 scientists, Meece said, and will hire 20 more to ramp up the "high-throughput" testing. She's begun to work on logistics that include secure transportation of tests, communicating with 20 different testing sites run by the CDC and reporting their data to the scientists involved in six different large-scale studies.

In the immediate term, many of the most urgent questions scientists are confronting are around transmission of the virus. But if in the future a vaccine is developed to help prevent the disease from spreading, that will open up a host of new life-or-death questions.

"We'll need to understand things like: How long will the vaccine work?" Meece said. Vaccine effectiveness against COVID-19 will likely shape the public response to the disease for many years. Most flu vaccines are annual, but other vaccines such as immunization against chickenpox or rubella protect recipients for many years.

A shorter-term concern, Meece said, is what happens when seasonal influenza returns in the fall. The seasonal flu is already a serious public health problem that kills tens of thousands per year in the U.S. The COVID-19 pandemic began at the tail end of 2020's flu season, and strict social distancing measures in the early weeks of the crisis helped to keep the new virus from circulating at the same time as the majority of flu cases. That may not be the case in the fall. Meece said the laboratory will test for both COVID-19 and seasonal influenza — to ensure data that separates the two, as well as to track the disturbing possibility of dual infections.

"The impacts of these circulating at the same time could be quite devastating," she said.

Meece said she hopes her lab's work will help "to answer these questions so that we have a playbook for the future."

"We all live in this world," she said. "We all worry about the people we care about getting this and dying. We need to understand this disease to prevent future deaths."