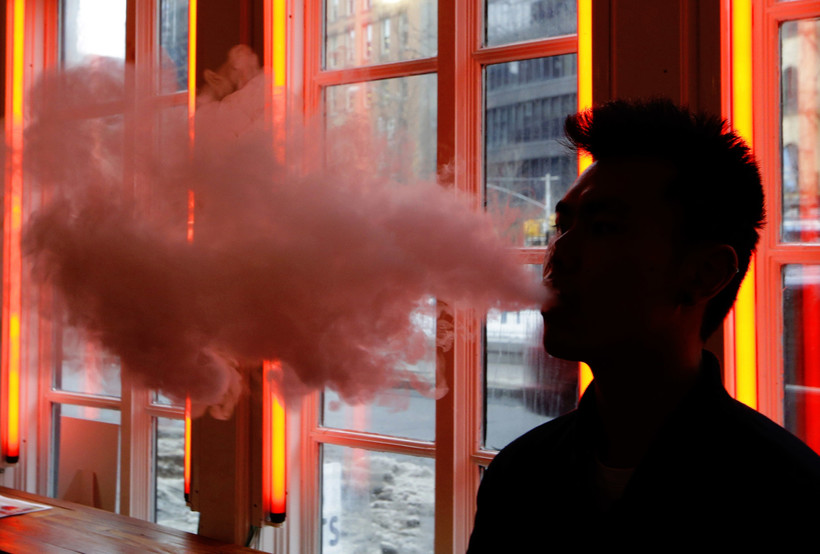 In this Feb. 20, 2014 file photo, a customer exhales vapor from an e-cigarette at a store in New York. Frank Franklin II/AP Photo

The Centers for Disease Control and Prevention opened their Emergency Operations Center this week to help with the investigations into the nationwide outbreak of vaping-related lung disease. The operations center is only activated when there is a potential widespread threat.

During public health emergencies, the Emergency Operations Center (EOC) monitors the threat 24/7 and provides operational support and supplies to areas where the threat is present.

According to the CDC, it is "making it a priority to find out what is causing this outbreak of vaping-related injuries and death. ... subject matter experts will continue to lead the CDC response with enhanced support from other CDC and EOC staff."

Wisconsin has had its own public health emergency response system, called the Incident Command System or ICS, up and running since August following the first cluster of lung disease cases in the state.

Thomas Haupt is a respiratory disease epidemiologist with the Wisconsin Department of Health Services. He said the department has been sharing information with other states to help out their investigations. This includes sharing questionnaires to give to patients and ongoing information involving the injuries.

Haupt said the department wants to make sure everyone's on the same page and has the same information as investigations are in progress. He continued to say having additional support is significant.

"It makes it easier for everybody since we have so many states that are involved," Haupt said. "The actual investigation will still be done by the state with assistance from the CDC should we ask for it."

Earlier this week, charges were filed against two Kenosha County brothers who allegedly manufactured thousands of illegal THC vaping cartridges. Police speculated if the vaping cartridges found during the investigation of the operation were connected to the statewide vaping-related lung disease. Haupt said the department is working with law enforcement to investigate whether the operation is tied to the lung injuries.

"We are continuing to investigate and work with them to determine if there is indeed a link between these two brothers selling this and all of the vaping injuries that are going on," Haupt said.

As of Sept. 12, there have been 35 confirmed cases of severe lung disease tied to vaping in the state, and 20 cases need further investigation.

There are at least 380 cases of lung illness reported from 36 states and one United States territory, according to the CDC.