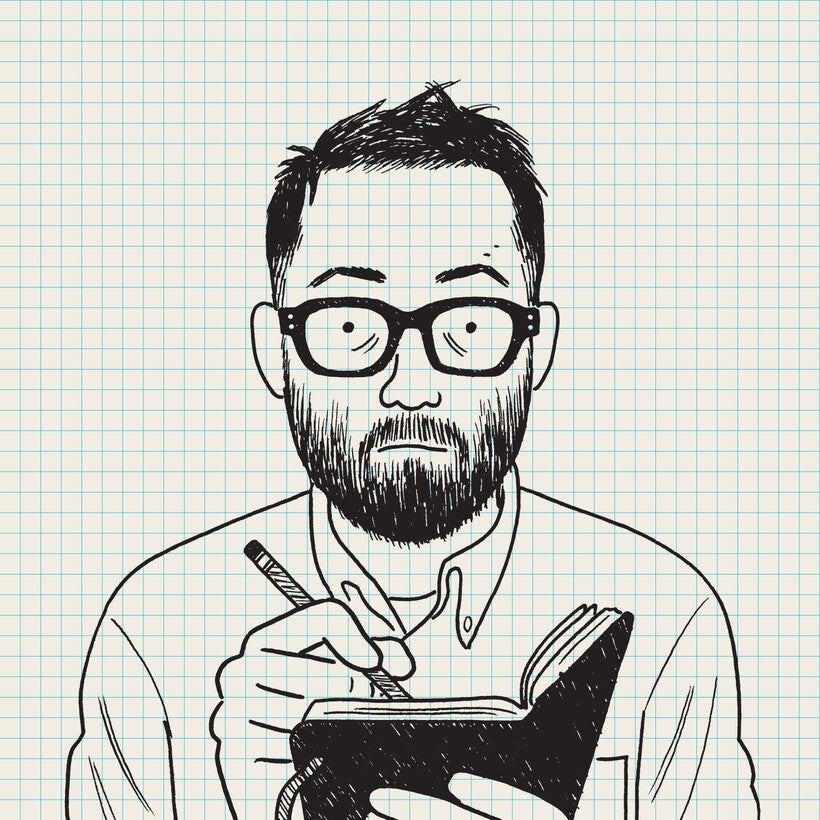 'The Loneliness Of The Long-Distance Cartoonist' Takes Us Inside Tomine's Mind
By Doug Gordon
Share:

Cartoonist and illustrator Adrian Tomine allows us exclusive total access into the way his mind works in his graphic memoir, "The Loneliness of the Long-Distance Cartoonist."

The New York Times included Tomine's book in its "100 Notable Books of 2020" feature, describing it as "a book that lets vent the rage and fragility that are always just beneath the surface of his pristine drawings."

Tomine started publishing his work as a teenager. He's probably best known for his "Optic Nerve" comic book series and his visually alluring covers for The New Yorker. As best-selling, award-winning author Zadie Smith has written about his work: "Adrian Tomine can draw, think, write and feel. He sees everything, he knows everything; he's in your apartment, he's on the subway, he's in your dreams ... He has more ideas in twenty panels than novelists have in a lifetime."

Tomine told WPR's "BETA" that the idea for this memoir was on his mind for several years because of the long tradition of the confessional, autobiographical graphic novel in the indie comic world. "And that's something that's been going on since probably before I was born," he said. "And it's loomed very large over me as one of these hurdles that maybe I would try and leap when I felt I could handle it."

He also admitted that another reason for creating this book is that he lives with a perpetual fear of losing his audience, of people thinking that every subsequent book he releases only offers more of the same. "And so within my limited abilities, what I've tried to do is with each book, try and do something that is at least not a repetition of the previous book."

Tomine came up with idea to publish "The Loneliness of the Long-Distance Cartoonist" in the form of a Moleskine notebook with graph paper pages. "I sort of had the idea of the form of the book at the same time as I had the idea of the content of the book. I felt an increasing desire, or maybe even an obligation, to try and create books that offer something different than the digital experience." 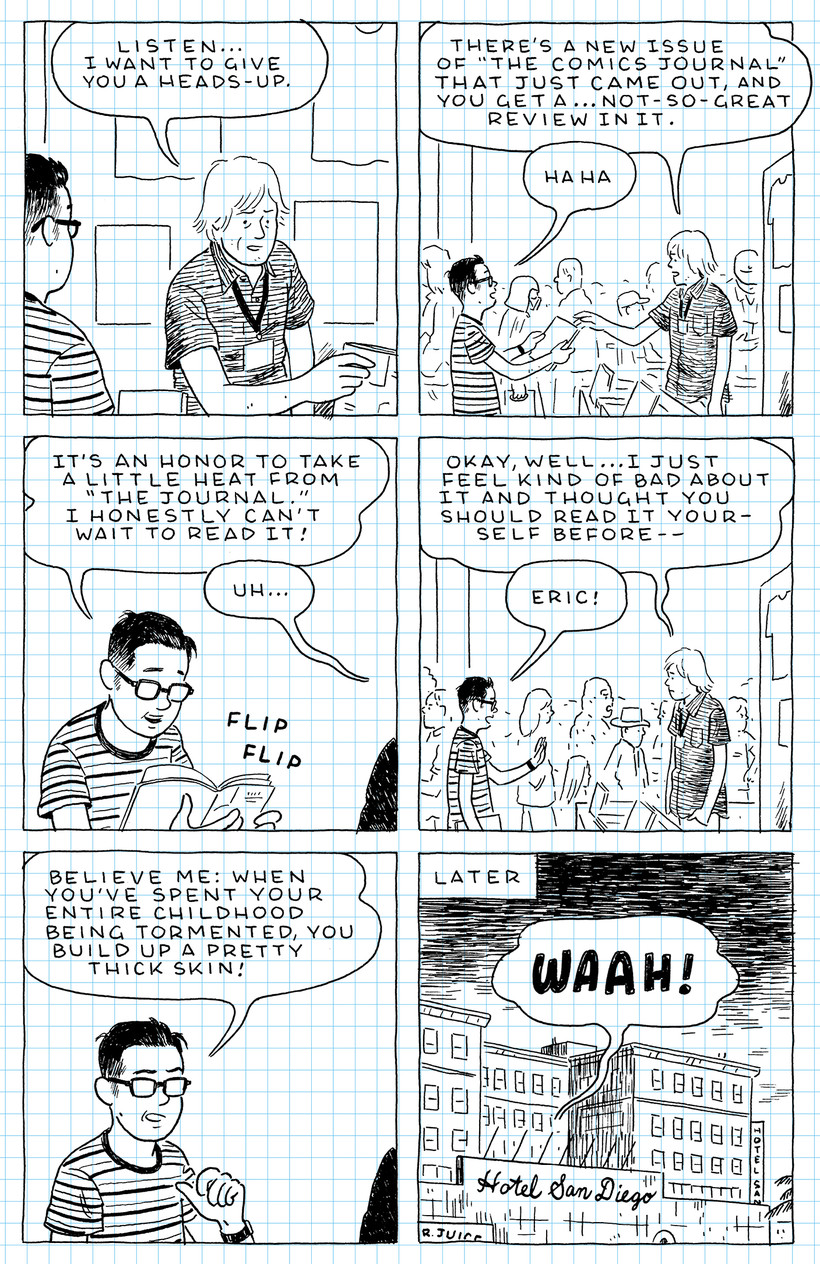 The art in "The Loneliness of the Long-Distance Cartoonist" is realistic, as his drawings usually are, but Tomine has stripped the details down to simplify it. One of the reasons he made the change is because his previous book, "Killing and Dying," took him seven years to complete, and the book before that, "Shortcomings" took five years to finish.

"I didn't want to spend seven years working seven days a week on something," he said. "And so it was a conscious effort to develop a style that could move along quicker. And so to give you an example, like a page from the book 'Killing and Dying,' an average page took me about a week to complete, five days or so. And with this new book, 'The Loneliness of the long-Distance Cartoonist,' at my best, I was doing a page a day, which felt like a whole new world to me. And it really put me in a good mood. My wife noticed the difference immediately."

"I really look back to things like Charles Schulz's 'Peanuts' as an inspiration for drawing simply and still conveying a lot of humanity and a lot of emotion. And of course, I will always aspire to his level, but it was definitely an inspiration," Tomine said.

Throughout "The Loneliness of the Long-Distance Cartoonist," Tomine does not shy away from sharing the thoughts that swirl throughout his brain — both the positive and the negative. Why was he so willing to share his inner life with his readers?

"Well, it doesn't come naturally, I'll tell you that," he said. "So I appreciate you noticing that. But it was something, again, that I felt a bit of an obligation to, which is that if I was going to ask the readers to follow along a sort of quotidian autobiographical story, there's a real risk of self-indulgence, of narcissism, of being the guy at the party who's talking about himself for too long."

"And so, I thought, if I'm going to ask readers to follow me along on this story for however many pages, that I at least owe it to them to be interesting and funny and revealing. And what I did was essentially trick myself into thinking that this material might not be published," Tomine said.

"And it gave me a great freedom that the knowledge that no one was expecting it, no one had paid for it, and I could easily just throw it in the trash and start something else without any repercussions. ... And once I got in that zone, it became more comfortable for me. So even after the point at which it became a real project and my publisher knew about it, I situated myself into that mindset and was able to continue with it."