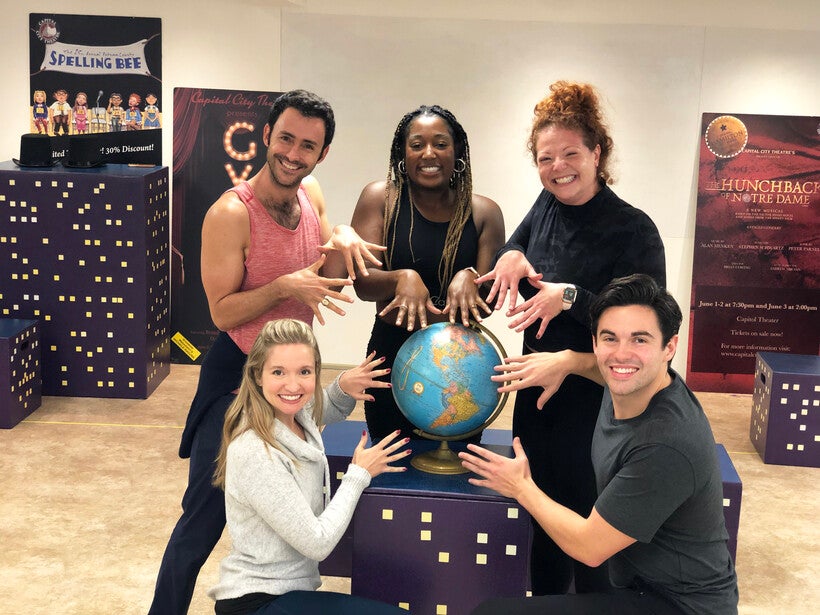 Kander and Ebb show 'The World Goes ‘Round' runs through Oct. 24
By Norman Gilliland
Share:

Capital City Theatre will be presenting the musical "The World Goes ‘Round" from Oct. 15-24 in the Playhouse at Overture Center in Madison.

In keeping with the times, the shows will be done with everyone, cast and audience, fully vaccinated. Even though the cast will be performing without masks, the audience will be required to wear them.

Norman Gilliland: For those of us who aren't familiar with the names of Kander and Ebb, what else did they produce?

Andrew Abrams: Kander and Ebb are most well-known for the musicals "Cabaret", "Chicago", "Kiss of the Spider Woman" and "Curtains".  What’s fun about this show is that the audience gets to hear songs they may never hear anywhere else from other Kander and Ebb shows like "The Act", "70, Girls, 70", "The Happy Time", "Zorba", etc. (Never heard of those I bet, ha ha.)  These are really lovely and poignant songs that should be heard.

NG: "The World Goes 'Round" is described as a revue rather than a musical. Is there still a plot? Action?

AA: There really isn’t a plot but since Kander and Ebb are so associated with New York City, it’s kind of a love letter to NYC.  Plus, it isn’t just actors singing song after song, they are all sorts of fun gimmicks and surprises to these songs that keep you engaged. 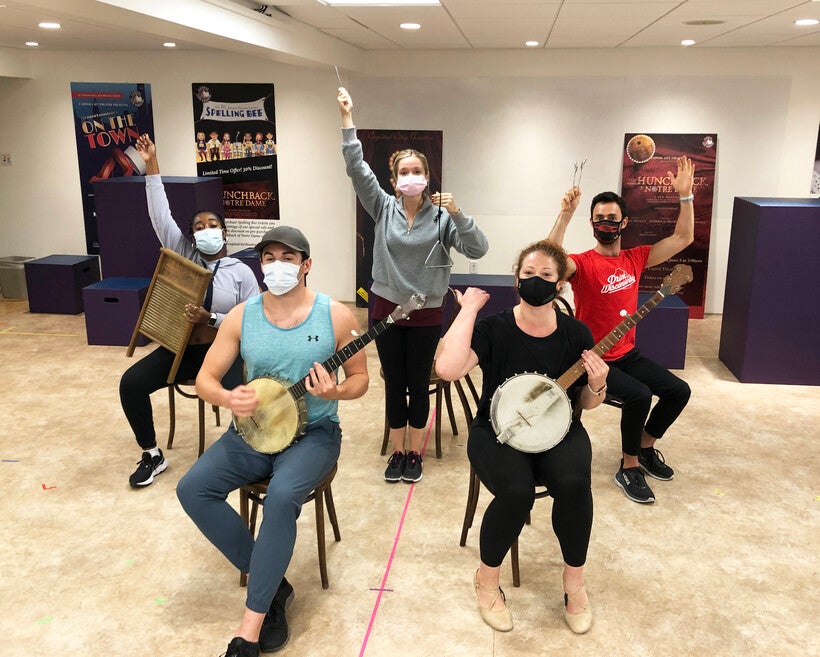 NG: Are those banjos and a washboard I see? What kind of pit orchestra are you going to have?

AA: Ha! Indeed those are banjos and a washboard but no that’s not our pit orchestra. That’s one of the surprises I was talking about. The cast may have some musical fun at some point during the show. The pit is made up of seven local professional musicians and for the most part it’s a big ol' jazz band!

NG: How would you characterize the songs?

AA: That’s a really good question! Kander and Ebb are really known as "pastiche" writers, meaning that they write most of their well-known shows so that they sound like they’re from another era. Of course, "Cabaret" and "Chicago" immediately come to mind being set in the 30s and 20s respectively.  However, they also wrote some very lovely ballads (and some uptempos too) that are very contemporary sounding. For instance, the first song Kander and Ebb wrote together that was a huge hit was "My Coloring Book" which Barbara Streisand made famous in 1962; this song is very much of its time. In fact, the first national tour I ever did as a musician was "Kiss of the Spider Woman" and that show has a neat Latin flavor to the music, but also has very contemporary ballads.

NG: What's it like doing a show to a masked audience? Or are you not really aware of what they look like out there in a darkened theater?

AA: It’s very strange but I feel like, sadly, we’ve all come to treat it as commonplace. I’ve done a few shows to masked audiences and I think since we wear them so much in our daily life that we’ve become desensitized to seeing audience members in masks. I also did one show where the cast was masked (not like what we will be doing here) and the audience couldn’t tell who was singing.

NG: Do you have to limit the audience size to maintain social distancing?

AA: We do not have a limit to audience size but we are keeping the audience 6 feet from the stage and if anyone wants to be seated further away from any concentrated seating areas, we will certainly honor that request. We are abiding by all CDC, Dane County health, and Overture guidelines. 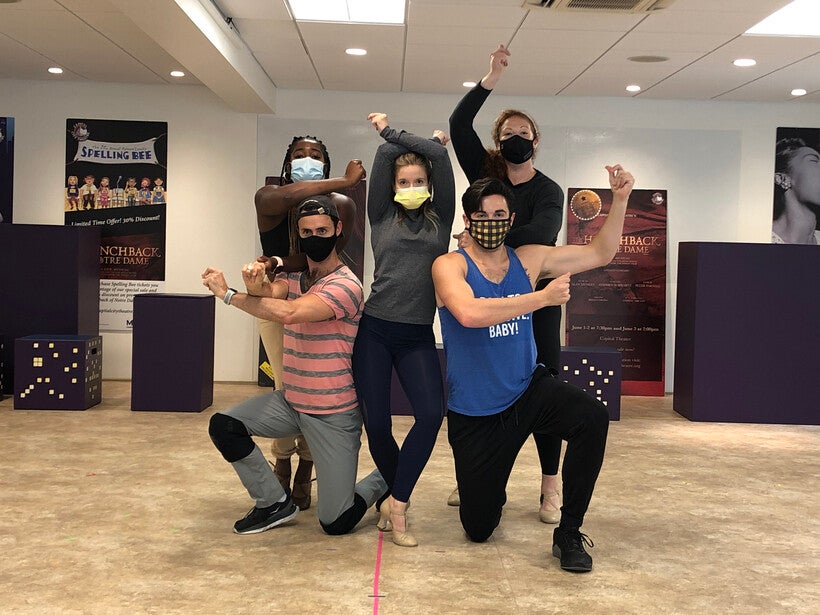 NG: You rehearsed wearing masks. What was that like?

AA: We do indeed and it’s hard. Mostly because the amount of breath you need to dance and sing is made so much harder by having to wear masks. However, our cast and creative team love doing theater so much that they’re willing to endure some discomfort in order to be able to put on a show again for a live audience!

NG: COVID aside, are there any particular challenges to doing this show?

AA: I think there are a few interesting challenges with this show. First and foremost the music is hard! This was conceived by Broadway director Scott Ellis, choreographer Susan Stroman and librettist David Thompson. The vocal arrangements are truly insane but for the audience they will be very fun and impressive. I also think every director has to put their concept on this show to make it flow, have humor, pathos, etc. And that’s always a challenge. Fortunately, our director/choreographer Stephen Nachamie is doing a phenomenal job making this piece jump off the stage! I also think post-COVID, this show has new meaning in that the way we view relationships has somewhat changed. What does going through "hard times" mean? That’s all on a new level now for the world.

NG: How many shows do you put on in the course of a typical year, if there is such a thing?

AA: Each year we grow a little more. Now we do three shows a year (two mainstage and a conservatory production). Our spring production will be the regional premiere of "Natasha, Pierre & the Great Comet of 1812" which we are very excited about. This is also the first year we will be offering a season ticket which is thrilling for us. Down the road we will be offering more and more shows throughout the year.

NG: Is Capital City Theatre a repertory company or do you cast each show from scratch?

AA: We cast each show from scratch. We always start with an audition in Madison and then do auditions in New York, Chicago and video submissions from all over the country.

Find out more at https://capitalcitytheatre.org/the-world-goes-round