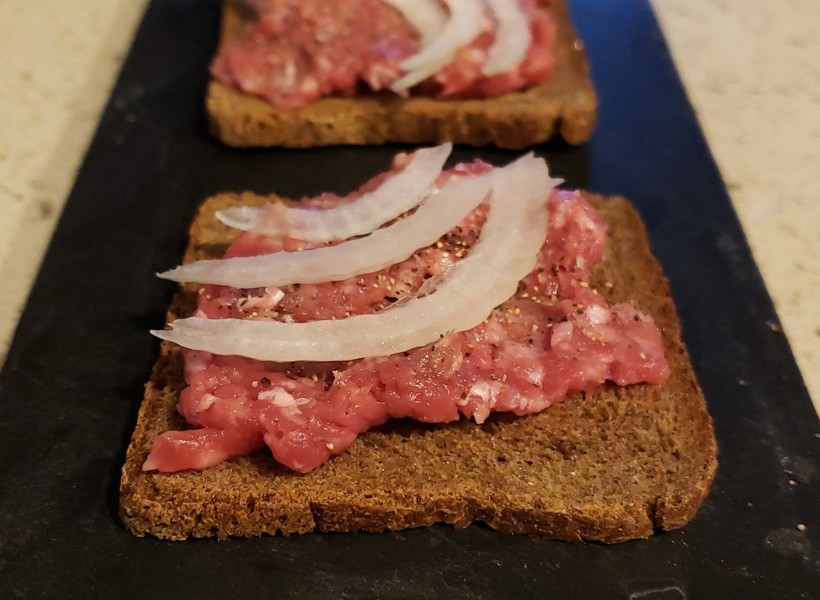 A Holiday Dish Going Back Generations, The Raw Beef Delicacy May Be Making A Comeback
By Mary Kate McCoy
Share:

Imagine. It’s the holidays and to quiet your pre-dinner hunger, someone hands you a slice of rye bread topped with a thick spread of fresh raw beef, chopped onion and a sprinkle of salt and pepper.

"At first you look at it like, excuse me? I’m supposed to do what with that?" said Jeff Zupan, operations manager of Bunzel’s Meat Market in Milwaukee, and a lifelong cannibal sandwich enthusiast. 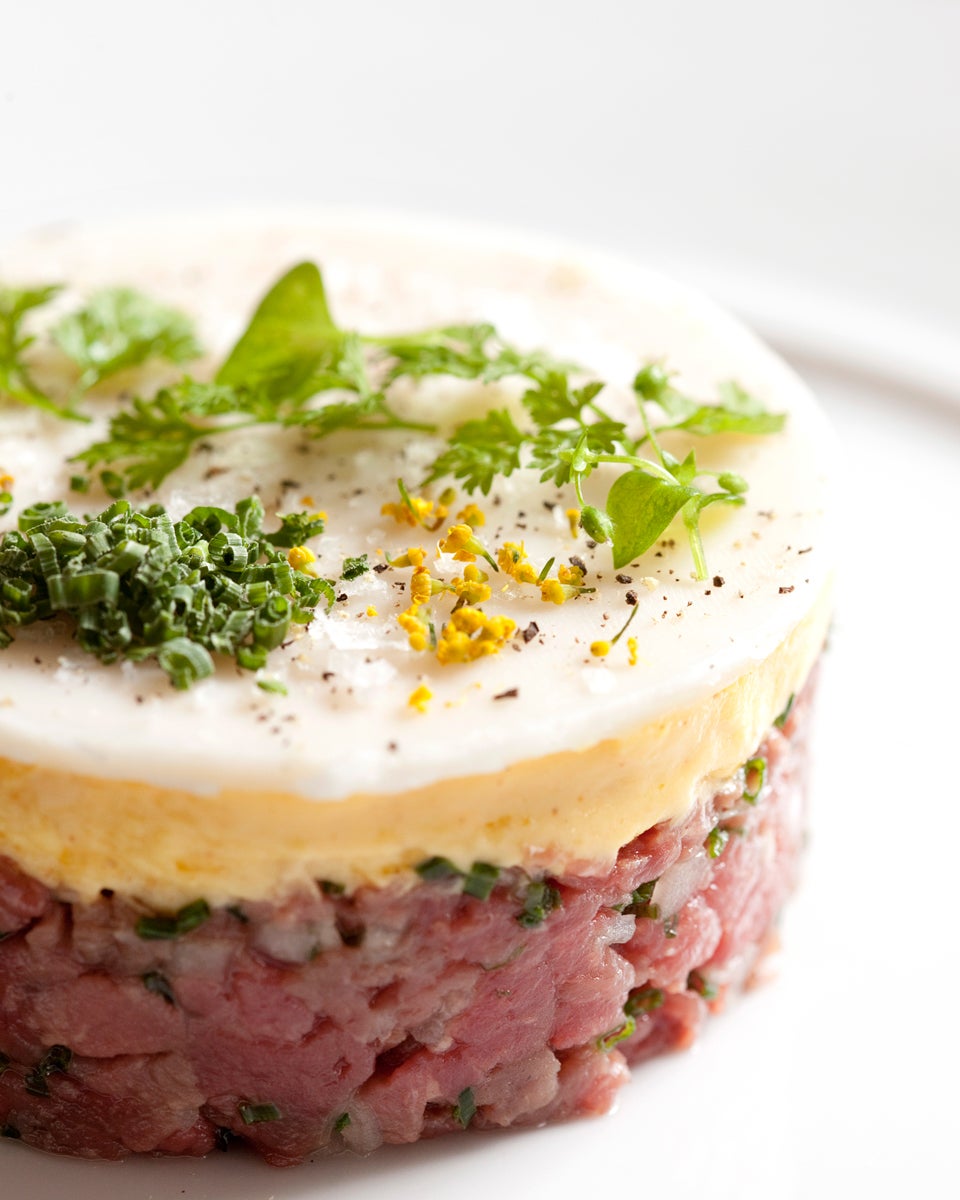 While southeastern Wisconsinites may be the more eager cannibal sandwich consumers, the snack has been spotted across the Upper Midwest. Some may also know it by the name tiger meat or wildcat.

Chef Justin Carlisle of Ardent in Milwaukee remembers it from growing up on his family farm in Sparta, Wisconsin — which he described as an initially terrifying ordeal.

Not wanting to get made fun of by his older brothers, Carlisle would do his best to disguise the raw meat.

"Being the youngest of three boys and completely terrified of this raw beef sitting on the counter … I would take the ground beef and put it on my grandmother's deviled eggs, and then eat it really fast," he said.

But Carlisle, who is a James Beard Award finalist, has since come around. He even serves a dish at Ardent that was inspired by his unique way of eating cannibal sandwiches as a kid.

Both Carlisle and Zupan say not to knock it till you’ve tried it — though the inexperienced are often shocked by what they witness, Zupan said.

"With all of our new customers ... they watch somebody buy it and they're like, 'What are you going to do with it?' We're going to eat it raw. And they gasp," he said.

"If you like food, you have to try it," Zupan insisted. 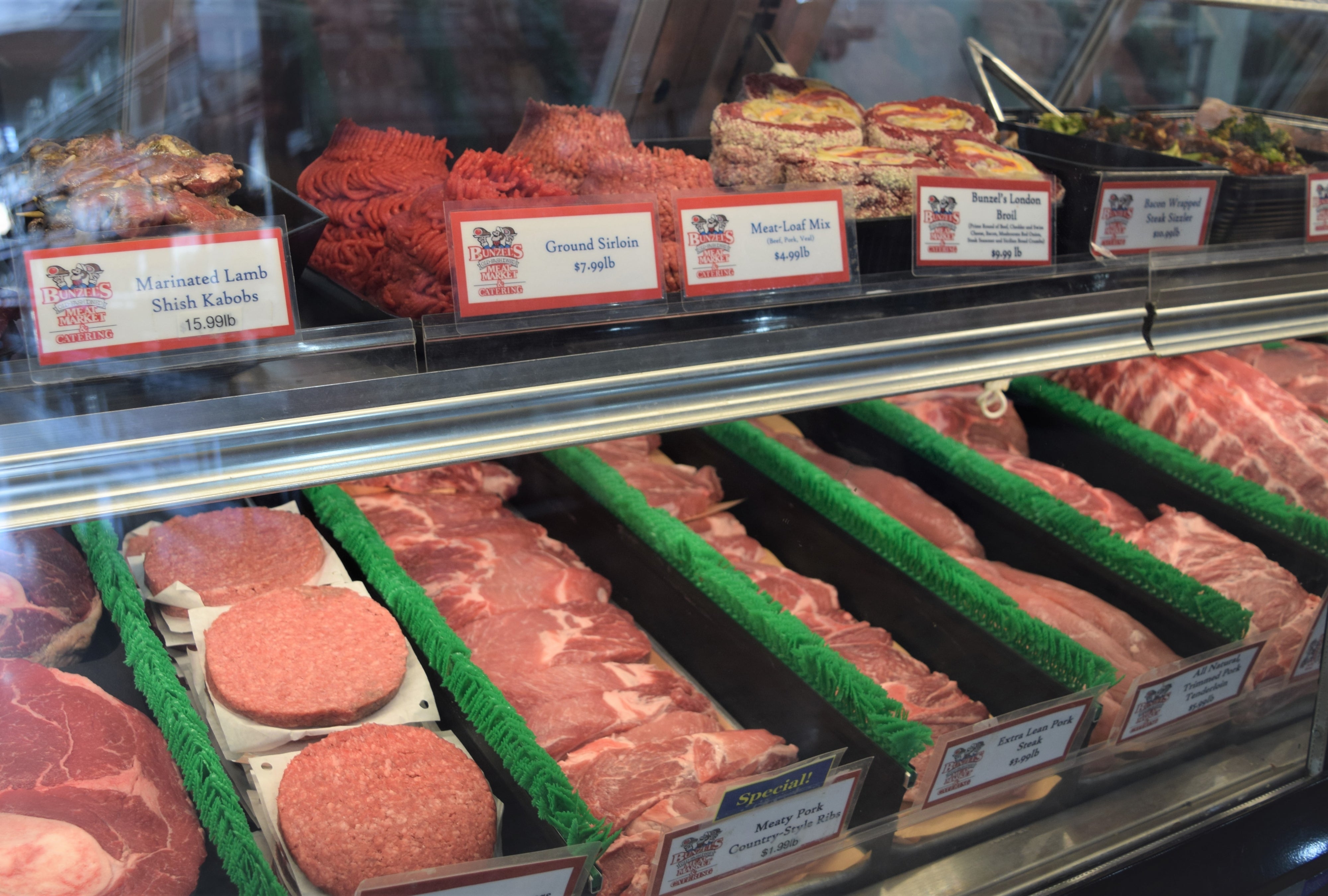 Yet, try it with precaution. Not all cannibal sandwiches are created equal, and the USDA would prefer that no one participated in the holiday treat.

Dr. Zorba Paster — a longtime cannibal sandwich fan and public radio host — said that while there will always be a risk with eating cannibal sandwiches, there are steps you can take to lower it.

Paster said aim for the leanest cut of beef you can get, let your butcher know you’re using the meat for cannibal sandwiches and ask for it to be freshly ground with a clean grinder.

And don’t dawdle. Eat the meat the same day you buy it, and preferably before the end of the party.

So, where did cannibal sandwiches come from? The snack's history in Wisconsin is a little murky, but Carlisle said its story is likely one of practicality and tradition, going back to the northern Europeans who settled in the state.

Despite its history, cannibal sandwiches' popularity has plummeted. The dynamic of life changed, Carlisle said. Fewer people lived on farms, health concerns were raised and processed, convenience foods took over.

Carlisle tied cannibal sandwich popularity to other traditional Wisconsin fare which has seen similar fates — pickled herring and liver sausage, which often sat side by side on the snack table at family gatherings.

"A lot of the ways people prepared things and did things were lost for so many years, and everybody wants to blame it on the millennials, but it was long before that where it died off," Zupan said.

Though Carlisle and Zupan say tastes are changing – and they're seeing signs of a cannibal sandwich comeback.

"People now are like, 'Oh gee, I remember when Grandma made this, and how'd you do it?'" Zupan said. "The inspiration for cooking again is coming back, I think people are starting to decide that they want something better."

"I’m very proud of our area," Carlisle said. "All these items that we grew up with as staples ... have borderline disappeared. And now to have this come back, or at least to the people that are reinforcing and holding onto it, to me it means a lot."

While Carlisle would love to see cannibal sandwiches become a staple again, there’s still a ways to go before that could happen, he said.

But one thing is for certain, they agreed. Here in Wisconsin, the food culture is much more than burgers and fries.