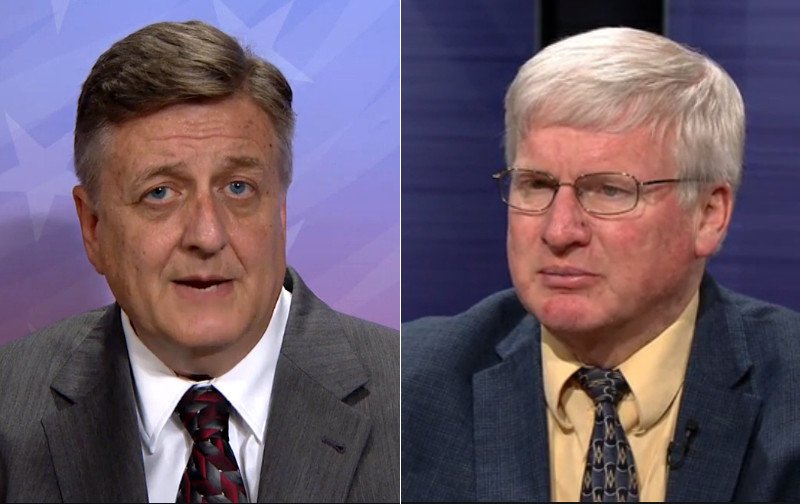 The two candidates in the race for Rep. Tom Petri’s open seat in Congress sparred over the existence of climate change in their second debate on Thursday morning.

“We really haven't had any global warming in this country for about 15 years now, so as a result I think part of it is addressing a problem we may find out is not a problem at all,” he said.

Grothman alleged that the science regarding climate change is not settled, but Grothman's Democratic opponent, Winnebago County Executive Mark Harris, disagreed. Harris noted that whether climate change is happening is not something in dispute.

“To the extent that it’s man-made or natural, there’s probably some room for debate,” said Harris. “But the fact that there is global warming occurring is really hard to deny if you look at the polar ice caps.”

The two candidates disagree on many other issues, including whether to raise the minimum wage.