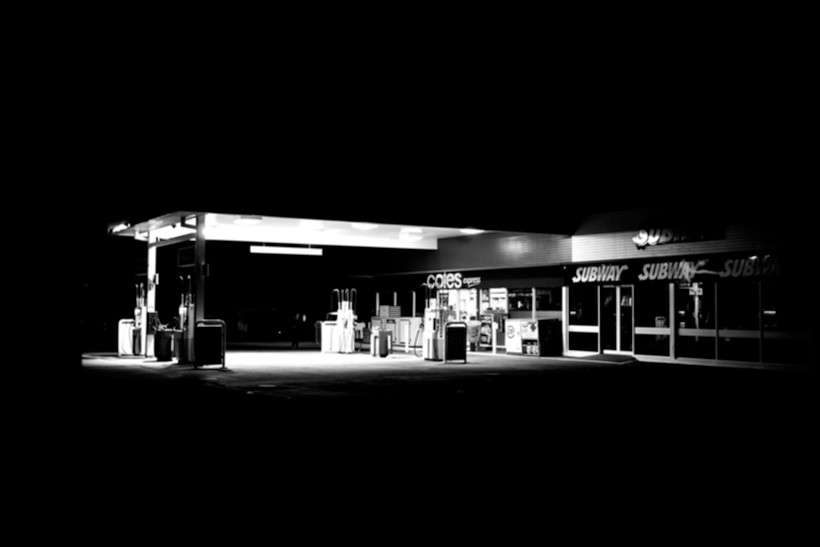 Can You Hear Segregation And Intolerance?

Sound Studies Scholar Jennifer Stoever On How We Define 'Noise' Can Be Used To Discriminate
By Mark Riechers
Share:

Jennifer Stoever is a sound studies scholar and a professor at Binghamton University in New York.

She grew up in Southern California — one of the most diverse regions in America — and she observed early on one group's entertainment was another group's noise.

People complain to police about noise for reasons that go much deeper than things simply being too loud. These conflicts at the intersection of race, culture and sound occur at what Stoever calls "the sonic color line." And it can factor into any space — a gas station, a city park, or even a public sidewalk.

It was late at night, stranded in downtown Los Angeles after an Isaac Hayes concert at the Hollywood Bowl, that she noticed an unusual noise — classical music, at extreme volume, blasting down on the sidewalk below in front of a new condo building at 2 a.m.

The building had gone up near Skid Row, where many of Los Angeles' homeless population can be found.

"Then I realized that music was being played to keep people from sleeping in the doorway. So it's kind of like a hostile architecture, right?" said Stoever, speaking to Anne Strainchamps for "To the Best of Our Knowledge" in September 2018.

The sound itself was being used as a deterrent, and a classy one at that.

"Because it's 'classical music,' it can't possibly be noise, no matter how loud you have it," Stoever said.

Music can be used this way, as a sort of guilded "keep out sign."

The moments where people complain and push back against "noise" is really a history of the racial turning point in the history of a space, Stoever said, sharing other examples both in distant and modern memory.

Anne Strainchamps: This is basically sonic gentrification. Affluent white people have moved in and feel like, "Well, now we get to decide what's noise and what isn't."

Jennifer Stoever: Exactly. Also, just the idea that when you buy into a place — when you move into a neighborhood — the neighborhood has to conform to your ideas about what a neighborhood sounds like, rather than an adjustment to the sounds that are around you.

Another example of racial politics operating through sound occurred in New York City in Harlem. It involved a drum circle taking place outside Marcus Garvey Park on Sunday afternoons. This drum circle had been there since the late 1960s and came out of the Black Power movement and Black Arts movement.

And in 2007, a condo building that had sold and been refurbished — rents raised and white middle class people moving into a neighborhood that has historically been black and Puerto Rican — there began to be increasing noise complaints by the residents to their condo board and to the police. This sound became something that the white condo residents really fixated on.

That is actually probably occurring in many forms in cities across the country.

AS: The history of big cities like New York is in a lot of ways a history of displacement, as populations shift and move from one neighborhood to another. Sounds like you could almost write the history of cities in sound.

JS: Oh absolutely, it's one of the things that I study quite intensely. I've actually looked at New York in the 1940s, when there was another moment of upheaval after the war, when Puerto Ricans were moving from Puerto Rico to the states. You'll find that, in the newspapers at the time, (there were) letters from white people talking about their Puerto Rican neighbors, saying things like, "The city's become an audio slum."

JS: And I study a sound artist named Tony Schwartz who in the 1940s lived in Hell's Kitchen, right near where Lincoln Center was about to be developed. So he lived through the displacement and the destruction of San Juan Hill, which was a largely black and Latino neighborhood that was raised completely to make Lincoln Center.

He has recordings from that era of that neighborhood, and actually made the argument through a radio show that here we are — destroying thousands of musical performances taking place every night — to create a space for one very elite performance happening every night.

(He asked): "Who has the power to control the kind of sounds that are made in the city, and also who has to live with the noise of all of this construction being built?"

Whether it's the Lincoln Center or the Cross Bronx Expressway, certain sounds — very loud sounds — we're supposed to be able to tolerate because they're sold as being good for everybody when they're serving only a certain population.

AS: I wonder if there are ways in which communities of color or disenfranchised neighborhoods have also used sound to define and carve out a space. Isn't that part of the story of the rise of hip-hop in the Bronx in the 1970s?

Everybody celebrates sometimes. It's not that certain people are noise makers and certain people aren't. And you'll see from that period the Amsterdam News, urging black readers to be more tolerant of Spanish accents in their community, (saying) "Hey, when we moved up from the south, we were discriminated against for our southern speech. So we don't want to think of Spanish as something that doesn't belong or is noisy."

And hip-hop is another place where sound brought black and Puerto Rican people together.

DJs like Afrika Bambaataa use sounds from wherever: the television, from Europe and things like Kraftwerk, his mom's record collection. Bringing all those things and creating these new sounds to create a space of togetherness, and a way to actually envision a new community versus what was called "the burned-out Bronx" by many people in New York City at the time.

AS: You must hear and read about examples of this all the time. What's the most recent example where you thought "Yep, there it is again"?

JS: There was a story of a woman in the summer in North Carolina, a doctor. She was at home celebrating good news — she had just heard she was pregnant, and she had just received a prestigious cardiology fellowship. And she turned on her Spotify playlist on a Saturday afternoon — 3 p.m. — turned on her playlist of 1990s hip-hop. Things like Juvenile and Notorious B.I.G., Puff Daddy. She said she listened to it for an hour and was feeling joyful and dancing, turned it off, sat down to watch the news.

And then there's a knock at her door — her neighbors had called the police on her for playing loud music.

Instead of ignoring it and saying, "Hey, it's Saturday. Someone's in a good mood downstairs" or knocking on her door — again, creating community relationships, having a conversation about it — they just went straight to the police. And the police abruptly knocked on the door, scared her in her own home, made her feel like even though she has the right to be there, (that) she didn't belong in this neighborhood. That her white neighbors don't tolerate her ways of being, and or consciously listening for it.

We can also amplify the sounds we hear. The more we fixate on certain sounds, the more we begin to notice and attune to them.

AS: You're opening up this whole kind of language that to me seems to be about the ethics of listening, or the ethics of hearing. Moving from sonic prejudice to a model of sonic inclusiveness.

JS: If that is the legacy that I can leave, I would be honored and appreciative. I really encourage people to stop and observe our [immediate] reactions to sound.

Why am I upset at this particular moment that my neighbor is playing a certain kind of music?

Why am I upset that my neighbors are using their front yard to have a party versus their backyard?