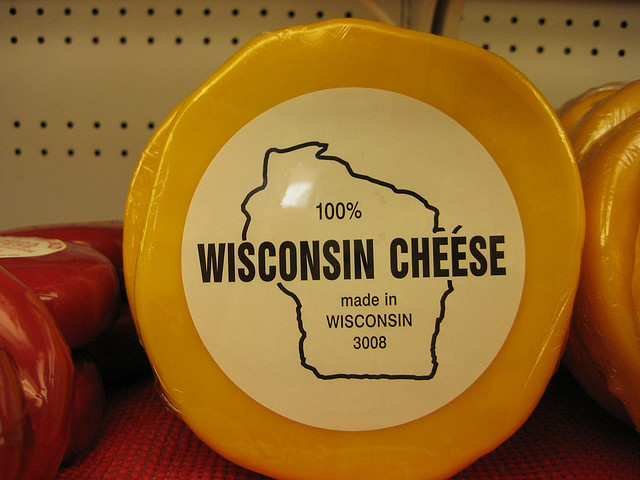 Around this time each year in Santa Rosa, Calif., is a celebration of Wisconsin, with plenty of brats, beer and polka music to go around.

Former Wisconsin residents turned Californians, those with ties to the Dairyland, and even Wisconsin wannabes gather for a picnic to celebrate their roots in late September every year, a get-together that's been happening since at least the 1930s.

There was a break during World War II. The party kept on until this year, when the coronavirus pandemic struck it from the calendar.

Wayne Wolski is originally from Milwaukee, and lives in Santa Rosa. He is one of the organizers of the picnic, which he's participated in since the late 1980s. He found out about it through a client, who learned Wolski was from Wisconsin.

"He dragged me over there one September and I got bit by the Wisconsin bug and been with the group, my wife and I, ever since," he said.

The picnic is held in different locations around Sonoma County. Typically, about 150 Wisconsin fans show up. Some love the Packers. Others come for the rivalry.

"We got a friend of mine that shows up — he's a Bears fan," Wolski said. "We threaten to put him in a cage and parade him around the picnic grounds."

Wolski doesn't exactly know why the picnic got started. Maybe people were homesick for Wisconsin, he said. He's not sure the first one was in 1939, but that's as far back as the guestbook goes.

The picnic typically kicks off with a feast of brats, corn and beer, followed by Madison's Babcock Hall ice cream for dessert. Tables are lined with side dishes that participants bring — products of old family recipes. And in keeping with the theme of food, there's plenty to help attendees stay engaged, including a cheese competition.

The picnics celebrate the feud between Wisconsin's and California's cows, and the competitions showcase some of the states' best during a blind cheese-tasting contest that started more than 20 years ago. Samples run the gamut, from Gouda to cheddar to baby Swiss.

"California was out here boasting about how good their cheese was because they had friendly, happy cows because they never had any bad weather," Wolski said. "So we decided we couldn't take that sitting down."

It turns out California does have some happy cows, but Wisconsin holds its own, and never loses the cheddar contest, Wolski said.

As for that bad weather, Wolski said he doesn't miss it, but these snow veterans-turned-Californians like to adopt a tougher-than-you attitude when mingling with kids of former Wisconsinites who've never trudged through the snow or met a Wisconsin winter.

Wolski said a team of about 12 people typically organize the event, which includes a raffle. Plenty of Wisconsin-laden prizes, or "geegaws" as Wolski calls them, are raffled off, including Packers paraphernalia, cow-shaped coffee mugs and gear from the University of Wisconsin-Madison and UW-Milwaukee.

The picnics are also nostalgic, with some participants sharing they're homesick for Wisconsin.

"There's always fish stories or rainy picnic stories or things like that," he said. "And then, all of a sudden... I find myself and others talking with a Wisconsin accent and doing it for weeks afterwards."

And though the picnic was canceled this year, Wolski said he's hopeful the party will resume in 2021.

"We just sent out the postcard saying, 'See you next year,'" he said. 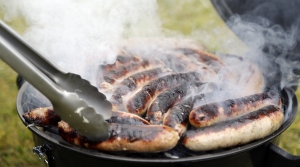 For decades transplanted Wisconsinites have held a Badger State picnic in Sonoma County, California. We talk to one of the owners, a Milwaukee native, about the picnic, and how it had to be canceled this year.