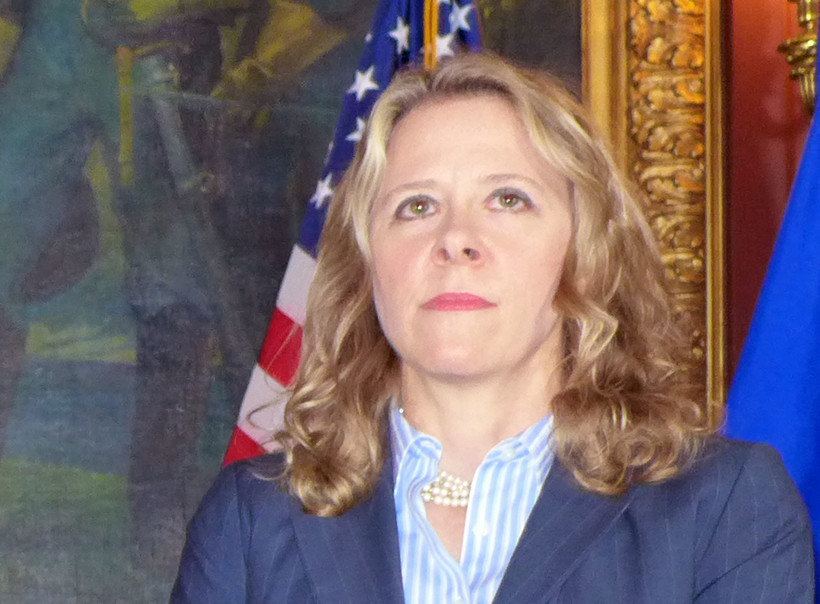 Pointing to gay adoptions in her courtroom and saying she would have no problem officiating same-sex weddings, state Supreme Court Justice Rebecca Bradley is apologizing to Wisconsin's gay community for the harsh anti-gay editorials she wrote in a student newspaper 24 years ago.

In the columns, resurfaced by a liberal group this week, Bradley referred to homosexuals as degenerates and mocked victims of the AIDS epidemic. While she dismissed the release of the columns as political "mudslinging" Monday, she has also been striking a more conciliatory tone, saying she has grown up since college and her views have changed.

"As a judge on the Milwaukee children's court, I presided over adoptions for gay couples who were adopting children and providing loving safe homes for them" she said, adding that she'd be glad to preside over the marriage of a gay friend or family member.

Bradley said that over the past quarter century since she wrote the vitriolic editorials, she has become a more compassionate and empathetic person.

But One Wisconsin Now, the group that unearthed the columns, continues to call for Bradley's resignation. And Appeals Court Judge JoAnne Kloppenburg, who's hoping to unseat Bradley in an an upcoming election, says despite the apologies, Bradley's youthful writings qualify as hate speech.

Bradley said she hopes the media will return to covering what she says is the most important difference between her judicial philosophy and Kloppenburg's. Bradley said she believes a judge should make decisons based on the literal meaning of the Constitution and the text of state laws passed by the Legisalture.

She accused Kloppenburg of believing in a living Constitution that "judges can read something into to effect social and polticial policy changes."

Kloppenburg insists she follows the law and the facts when deciding cases.