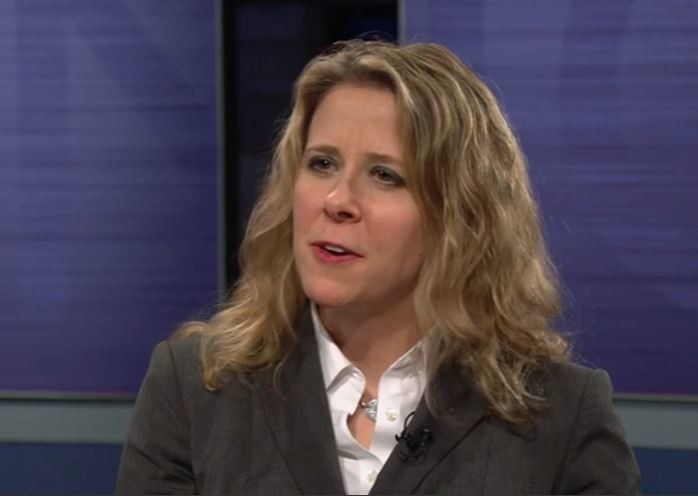 Bradley Apologizes For Anti-Gay Columns She Wrote In College 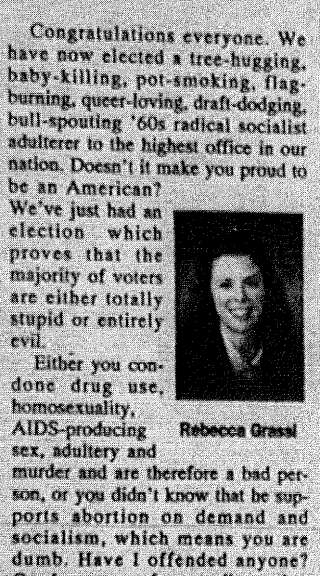 Wisconsin Supreme Court Justice Rebecca Bradley is apologizing for anti-gay opinion pieces she wrote when she was a college student 24 years ago.

The liberal group One Wisconsin Now on Monday revealed a college newspaper column and letters to the editor Bradley wrote when she was a student at Marquette University in 1992.

At a news conference Monday, One Wisconsin Now director Scot Ross read excerpts of Bradley's editorials. One column labels homosexuals and victims of the AIDS epidemic as "degenerates who basically commit suicide through their behavior".

In another, Bradley reacts to the election of Bill Clinton as president, describing him as "queer-loving'' and saying his victory "proves that the majority of voters are either totally stupid or entirely evil.'' Scot Ross at a press conference Monday about the columns. Gilman Halsted/WPR

Ross said Bradley's views make her unfit to sit on the state's high court and called on her to resign.

"The hate and vitriol for others Justice Rebecca Bradley displayed in her writings was repugnant and unbecoming a university student then, and it is absolutely unacceptable for a Wisconsin Supreme Court justice," Ross said.

Bradley said in a statement she is "frankly embarrassed at the content and tone of what I wrote those many years ago.''

There is no statute of limitations on hate. Rebecca Bradley’s comments are as abhorrent and disturbing today as they were in 1992 as people were dying in huge numbers from AIDS. Her career since that time includes being appointed three times to three judgeships in three years by Scott Walker who is against gay rights. Rebecca Bradley’s alliance with conservative causes and Scott Walker speaks louder than any apology she tries to make.

While Bradley dismissed the release of the articles as "mudslinging" meant to distract voters, One Wisconsin Now research director Jenni Dye said it's very likely that justices may have to rule on cases that require the court to interpret statutes that discriminate against gay couples.

Dye said both employment discrimination, child custody and adoption cases could come before the court in the near future.

"Regardless of the type of case, if you're an LGBT individual, how can you walk into a courtroom expecting to have a fair and impartial decision if someone is sitting there judging your case who judged you in this way?" Dye said.

In her campaign to keep her seat on the court, Bradley has repeatedly promised to set aside her personal views and make rulings based only on the facts of each case and the requirements of the  current law.

Editor's note: This story has been updated with original reporting, including statements from Scot Ross and Jenni Dye. An earlier mispelling of Dye's name has been corrected.