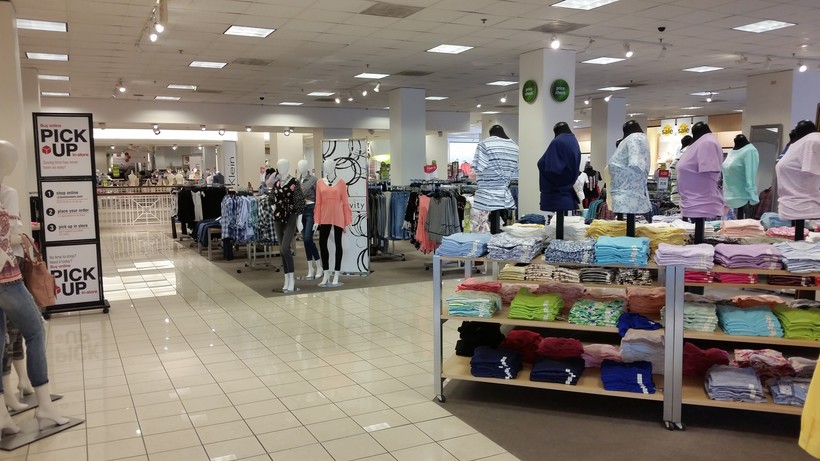 The Boston Store in downtown Milwaukee, as photographed from just outside a store entrance. Chuck Quirmbach/WPR

A Wisconsin state agency announced it's been told that Bon-Ton Inc. is potentially closing 12 Boston Stores or Younkers locations in Wisconsin and the firm's Wisconsin headquarters in Milwaukee. More than 2,200 employees could be affected if the financially troubled retailer doesn't find a buyer.

According to the state Department of Workforce Development, Bon-Ton has notified the state that it's possibly closing four Boston Stores in Milwaukee County. Other Boston Stores on the list are in Waukesha, Racine, Dane and Rock counties. Bon-Ton's Younkers stores in Eau Claire, Marshfield and Green Bay would also be shut down.

The store closings come after Bon-Ton announced in November 2017 that they would be closing 40 stores by the end of 2018.

Bon-Ton filed for Chapter 11 bankruptcy in February and has been seeking a buyer to keep the company from going under.

Under Wisconsin law, a firm typically has to give 60 days advance notice that layoffs are potentially coming. Bon-Ton has also notified at least four other states of possible store closings.

BizTimes Milwaukee reports a bankruptcy auction for Bon-Ton is scheduled for Monday.