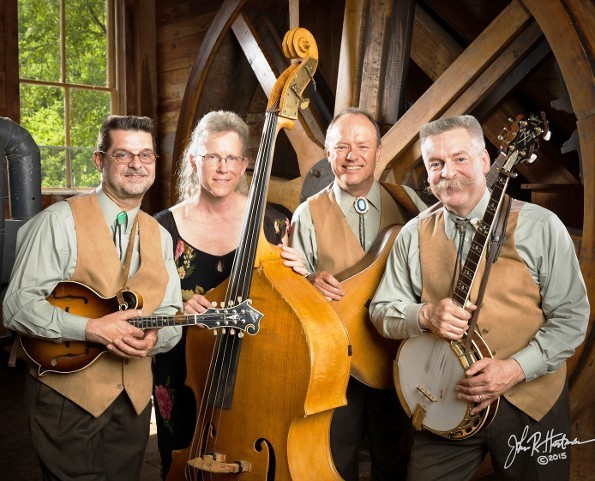 The Bluegrass Sound Has Taken Root In Wisconsin

In December 1945, Earl Scruggs joined Bill Monroe and his Bluegrass Boys, bringing the Scruggs-style three-finger banjo playing to the band. Many people, including long-time Wisconsin bluegrass musician Art Stevenson, point to that moment as the birth of what we now call bluegrass music.

"I like to say that’s the last ingredient that Bill Monroe added to the mix," Stevenson said. "The modern, modernistic style of bluegrass that we hear now is the five string banjo as played by Earl Scruggs."

Stevenson and High Water performed in WPR’s studio back in 2017, and a song from that performance, "Cotton-Eyed Joe," is on the “Simply Folk 40th Anniversary Collection" CD. It's also December’s download of the month. The song features Stevenson on harmonica and a driving banjo played by band member Dale Reichert.

While in the studio, the long-time Wisconsin bluegrass band shared their thoughts on what makes up that true bluegrass sound. According to Stevenson, Scruggs’ banjo "was the last ingredient. All the others were there. You know, the mandolin, the fiddle, the harmony, singing, the lonesome sound, the G run on the guitar. That was all there. But when Earl came in ... the crowds went crazy at WSM on the 'Grand Ole Opry.'"

"Well, we’re all pretty happy with what we're doing here," he commented. "We found something that we all want to do, and we're doing it, and we're very happy with each other. There's a lot of friendship involved, too. That's a big part of it, too. So, we're doing what we want musically, and we've been doing it for a long time. And we're good friends. And as far as I'm concerned, where else are we gonna go?"

The band is a cornerstone of bluegrass music in the state, hosting a bluegrass festival in Rosholt, Wisconsin each August. But the roots of the music go back before High Water’s time.

"You talk to the old timers around here, in Madison especially, and they'll tell you about the times when Bill Monroe came up here in the '60s and played at the university," Stevenson said. "And when Flatt and Scruggs came up and played up here. And there's been interest in (bluegrass) ever since then."

Through all those years in Wisconsin, and dating back to December 1945, that unique bluegrass sound has persisted.