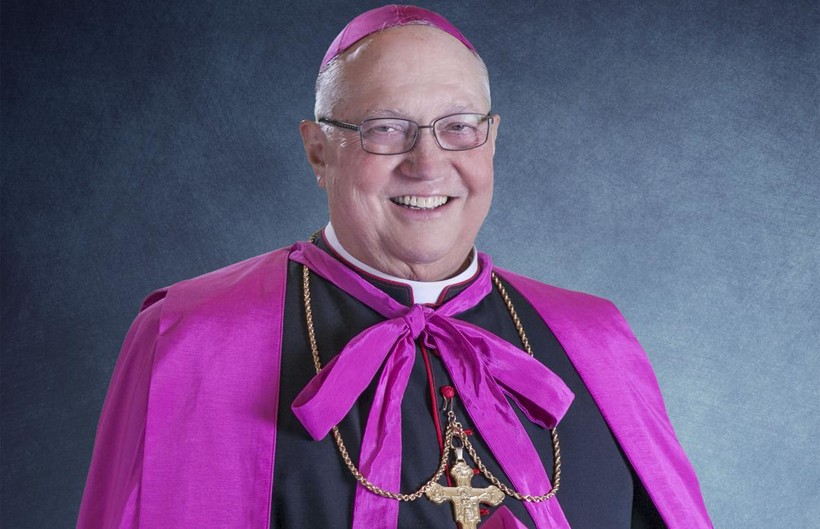 Bishop Robert Morlino in an undated photo, he passed away Saturday, Nov. 24 at 71 of an apparent heart attack at St. Mary's Hospital in Madison. Photo courtesy of the Diocese of Madison, Wis. via AP. 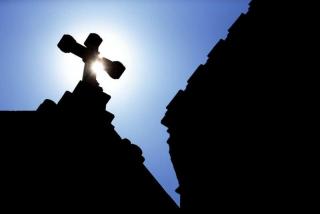 Bishop Robert Morlino, who died last month after leading the Madison Diocese for 15 years, left behind a complicated legacy for the diocese that represented about 200,000 people.

But for those who worked closely with him, the public persona didn’t match his personal demeanor, said Monsignor James Bartylla, diocesan administrator.

"He was very charming personally," Bartylla said. "People who met him would be surprised at his personal demeanor. He was a jovial, smiling, joyful bishop."

Known publicly for his conservatism on political and doctrinal issues in a liberal part of the state, Morlino was a natural choice as bishop of Madison for Pope John Paul II, said the Rev. Steven Avella, a Catholic priest and professor of history at Marquette University.

"He was a rather strong person when it came to the kinds of doctrines that John Paul II valued and prioritized ... and putting him in a rather famously liberal city like Madison was, I think in part, intended to kind of accentuate the militants of the church," he said.

And he put his stamp on Madison during a time when John Paul II thought modern society needed "tightening up," Avella said.

"John Paul expected of bishops at that time that they be very firm on certain moral issues, particularly abortion, same sex marriage ... and also that they'd be rather Orthodox on questions of women's ordination, and also somewhat suspicious of the perceived liberalization of the Church," he said.

Born in Scranton, Pennsylvania, Morlino attended a Jesuit preparatory high school, then entered seminary at the Society of Jesus in Maryland. He was ordained as a priest in 1974.

"He received his undergraduate at Fordham, got an MA in philosophy from the University of Notre Dame ... and he was educated at the Westin School of Theology in Cambridge, Massachusetts, so he had a fairly good academic background," Avella said.

Something Morlino carried forward throughout his time as a bishop, Bartylla said.

"He was by nature a teacher, it was at the forefront of everything he did," he said.

His legacy will continue through the 40 men — and 24 in the process — he saw ordained during his tenure, an incredible number for a diocese of Madison’s size, Bartylla said.

"He did a lot of good, I hope, in bringing a lot of young men to serve as priests," Avella said. "This is one of the big crises of the church here in the U.S. ... he was quite successful in that."

As the diocesan administrator, Bartylla will serve as the interim bishop until the next bishop is ultimately appointed by Pope Francis. During that time it is Bartylla's job to offer continuity and make no changes that could impact the incoming bishop’s decision-making power.

Morlino, Madison’s fourth bishop, died of an apparent heart attack during a planned procedure at St. Mary’s Hospital in Madison, he was 71 years old. Bartylla, who worked side by side with Morlino for 14 of his 15 years as bishop, was with him when he died.

"There at the bedside I was very moved," he said. "At the end religious sisters came in and sang psalms in Latin ... he looked more the bishop without the outward symbols of the church."

A prayer vigil will be held from 1-7 p.m. Monday, Dec. 3 at Holy Name Heights in Madison and a visitation will be held Tuesday, Dec. 4 at St. Maria Goretti Catholic Church in Madison prior to the funeral at 11 a.m. that same day.