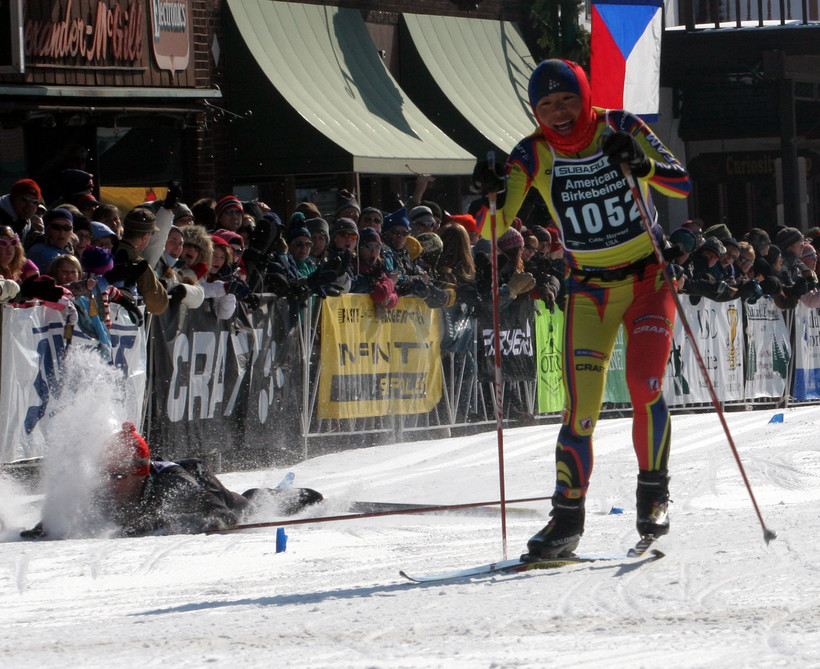 Winter Storm Isn't Enough To Save Snowmobile Season In Most Of Wisconsin
By Glen Moberg and The Associated Press
Share:

Organizers of the American Birkebeiner ski race have canceled this year's event in northern Wisconsin.

A snow storm that's dumped more than 10 inches of snow in parts of Wisconsin since Thursday missed the Hayward and Cable areas, where the annual cross-country race is held. Officials say record high temperatures and rain recently have left the Birkie course unsafe for a race Saturday.

The accompanying races, Kortelopet and Prince Haakon, are also canceled.

Organizers are trying to put together a "fun ski" for Saturday where people can ski a 5K loop as many times as desired. Skiers can take buses from the Como Parking Lot in Cable to the 5K at the Birkebeiner Trailhead beginning at 9:30 a.m.

Despite the races being canceled, the party will go on. Live music will kick off at 11:45 a.m. and go until 5 p.m. There also will be soup and beer tents, waffles, hot dogs and more, according to a video announcing the cancelation Friday.

This is the second time the race has been canceled since the Birkie began in 1973. The American Birkebeiner Ski Foundation bills the event as the largest country-country ski race in North America. Last year's event attracted more than 13,000 skiers from 46 states and 22 countries. A fresh layer of snow in Marathon County is not enough to reopen the snowmobile trails. Glen Moberg/WPR

The winter storm also wasn't enough to save the snowmobile season in most of Wisconsin.

In central Wisconsin, which got significant snowfall, the snowmobile trails are unlikely to reopen. Allan Zahrt, owner of Pro Motor Sports in Brokaw, blames the lasting effects of last week’s warm spell.

"Unfortunately, now it's too late for the snowmobile trails," Zahrt said. "Open water would make them unsafe. We were hoping for a longer season, but unfortunately Mother Nature had different ideas."

The trails were only open about three weeks this season in Marathon County and 18 days last season.

Zahrt said the warm winters remind him of the early 1980s.

Snowmobile trails are only open in a few far northern Wisconsin counties, and are listed in poor or fair condition.