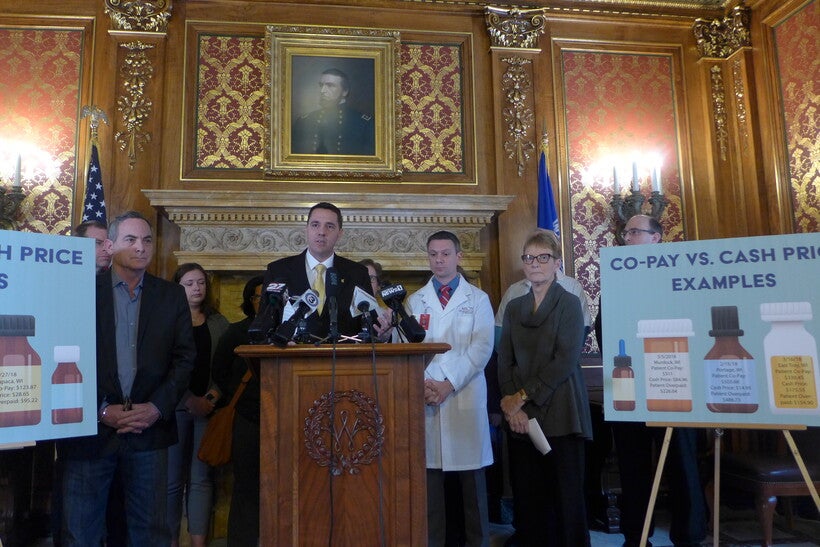 Members of Congress aren't the only elected officials feeling pressure to do something about high drug prices. State legislators are too.

A bipartisan proposal in the state Legislature attempts to lower prescription drug costs and provide more information to Wisconsin consumers about the true cost of their medication.

Pharmacy benefit managers, or PBMs, also negotiate rebates with drug manufacturers. The bill would require PBMs to report to the state how much of that rebate is passed along to the consumer.

"Secretive pricing and contracts no more. So much money and so little oversight," said state Rep. Deb Kolste, D-Janesville, on Tuesday.

The bill would also remove the so-called gag rule on pharmacists, who aren't currently allowed to tell customers if paying cash for a drug would be cheaper than their co-pay.

"Every day, patients tell me they struggle to afford their medications and many others, whom I never hear from, choose to go without," said Nick Olson, chairman of the Pharmacy Society of Wisconsin.

PBM policies which require patients to use mail order pharmacies would be prohibited under the bill.

"People in Wisconsin should be able to get their prescriptions where they live and have established relationships with their pharmacist. That’s an extremely important thing," said Erpenbach.

Roth noted the two parties have big differences on the issue of health care. But there may be common ground when it comes to high drug prices.

"This is an area where you've got Republicans and Democrats who've come together and we've agreed upon what I believe are some common-sense reforms that will have an immediate impact," he said.

PBMs would be required to register with the state insurance commissioner under the bill and could have their registration revoked if they violate provisions of the bill.

Wisconsin would join 33 other states that have some form of regulation for the industry if the measure passes.