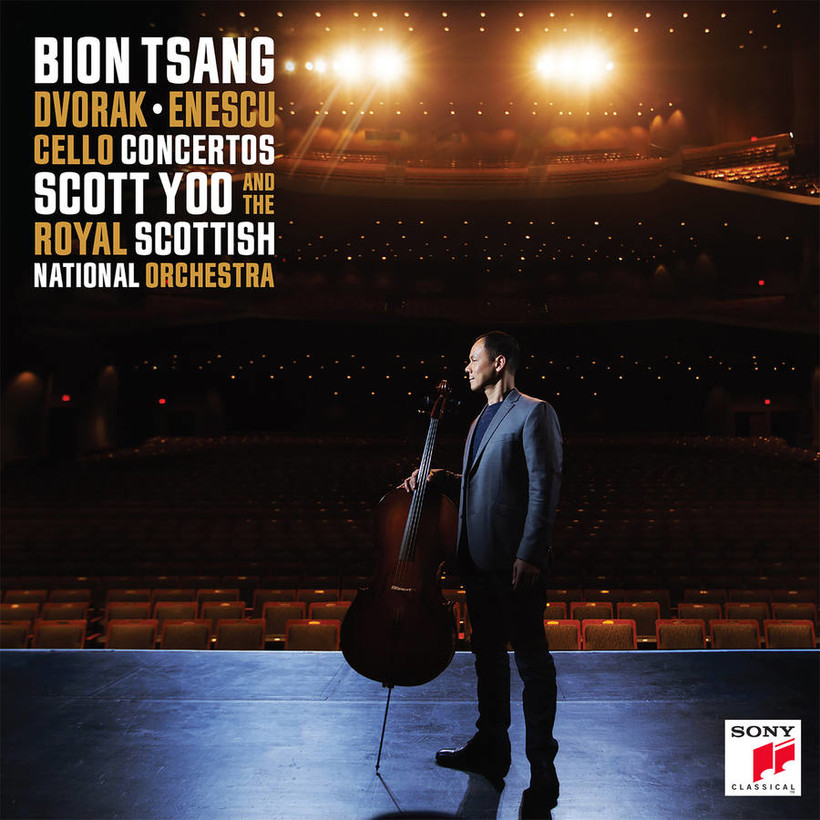 Bion Tsang was born in America to Chinese parents, and after debuting with Zubin Mehta and the New York Philharmonic at age 11, studied at Juilliard, Harvard and Yale. He's a recording artist and professor of cello at the University of Texas-Austin.

Both pieces are chock-full of drama, emotion and power and there are myriad opportunities for Tsang to display his technical virtuosity. There are lovely lyrical passages as well, full of beauty and subtlety. Tsang handles them all with depth, skill and ample musicality.

The Royal Scottish National Orchestra under the baton of Scott Yoo is crisp and clean with a terrific sense of ensemble. Their playing is sensitive and nuanced, providing an equal partnership for the drama unfolding in both pieces.

"Each of these concertos takes the listener on an epic journey," says Tsang. "They are both gloriously lush and dramatic in their orchestration, and the cello sings above this backdrop with intense emotion. In both pieces, I feel there are distinct depictions of longing, searching, struggle, and finally triumph."