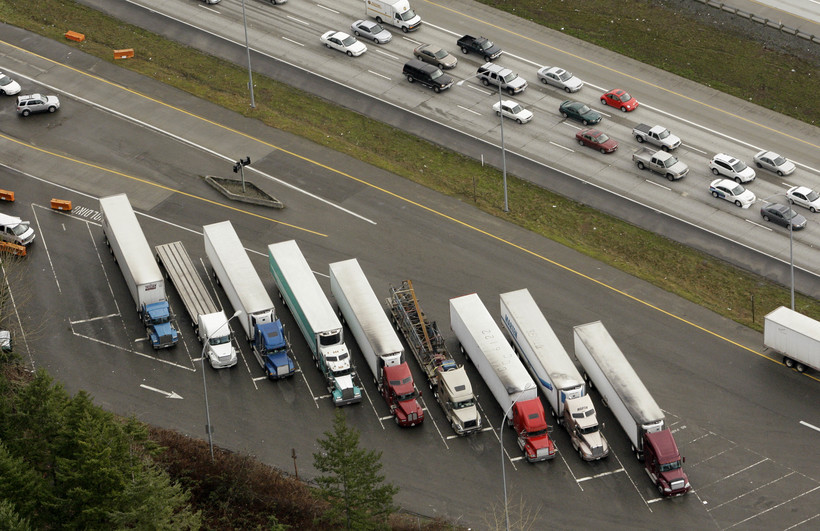 Bipartisan Bill Up For Public Hearing In State Capitol On Tuesday
By Laurel White
Share:

Semitrailer drivers in Wisconsin would be trained how to spot human trafficking under a bill up for a hearing Tuesday at the state Capitol.

Under the proposal, certified commercial driver education courses would have to include information about how to identify and prevent human trafficking, the illegal transportation of people, usually for the purposes of forced labor or sexual exploitation.

Rep. Joel Kleefisch, R-Oconomowoc, is one of the bill's sponsors. He says human trafficking is spreading in Wisconsin.

"We have an opportunity to get ahead of it, and so many people take (commercial drivers license) classes to become truck drivers can be the front line to help us stop human trafficking," he said.

Last month, Attorney General Brad Schimel announced the state Department of Justice would house a new bureau dedicated to fighting human trafficking. The department aided in the arrest of 25 suspected sex traffickers in July and August.

"It makes sense to have future truck drivers knowledgeable of what the signs are for human trafficking, because unfortunately a lot of the human trafficking is done at truck stops and rest areas," Kleefisch said. "Truck drivers can be our eyes and ears to help stop this horrific crime."

The legislation is sponsored in the state Senate by Sen. LaTonya Johnson, D-Milwaukee.