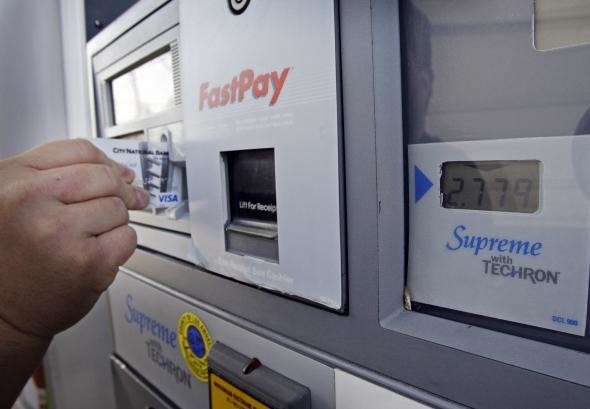 Officials Say Card Skimmers Have Been Found Across Wisconsin
By Laurel White
Share:

Using a so-called "credit card skimmer" to collect card information would become a felony in Wisconsin under a new proposal in the state Legislature.

Credit card skimmers, which can be attached or inserted into card readers at gas pumps or ATMs, are used by identity thieves to secretly collect consumers' credit card information.

According to the state Department of Agriculture, Trade and Consumer Protection, skimmers have been found by law enforcement across Wisconsin.

"Right now, you've got to practically catch the person putting the thing in, or see them on a tape ahead of time," Cowles said.

The proposal, which has not yet been assigned a public hearing date, would make it a felony to possess, sell or use a skimmer in Wisconsin. The most serious of the crimes would face a penalty of up to 10 years in prison.

Cowles said current law doesn’t make it easy to prosecute criminals who use or traffic skimmers.

"There's no question law enforcement would like more clout, more tools, in order to go after these people," he said.

According to the National Conference of State Legislatures, more than 30 states have laws criminalizing the use of credit card skimmers.