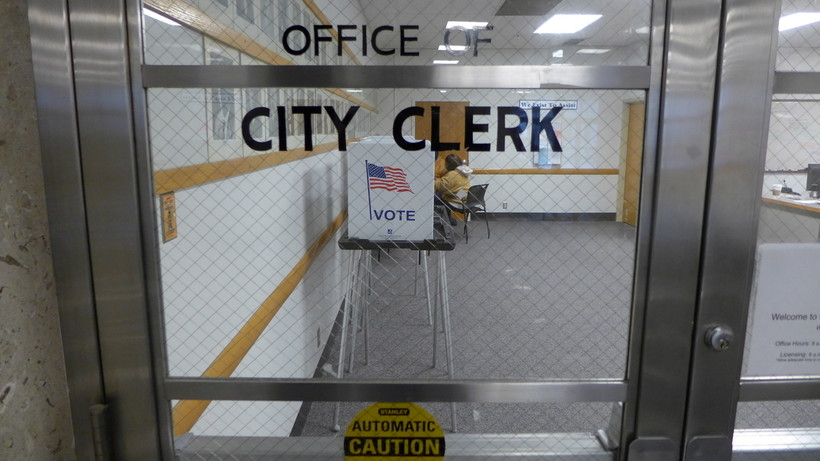 A proposal up for a hearing Tuesday in an Assembly committee would allow the use of electronic voting machines for early voting in Wisconsin.

Right now, early voting is done by paper ballot. Those ballots are either mailed or turned in to clerks' offices and stored until Election Day.

Under the proposal, local governments would have the option of adding electronic voting machines for early voting. The machines would be fed paper ballots and store the votes electronically until they can be counted on Election Day.

Early voting, also known as in-person absentee voting, has been on the rise in recent years.

"What started out as just a few thousand ballots has now turned into thousands and thousands of ballots for the local communities," Brandtjen said.

Dane County Clerk Scott McDonell said having the votes on a machine would save staff time, because they wouldn't have to hand count ballots.

"The practical reality is it's becoming harder to process those ballots on Election Day," McDonell said. "It'd be helpful to have a change one way or another to make that easier on clerks."

However, McDonell did have a few concerns with the bill, including the time crunch it would create for clerks to prep voting machines in the short time between the spring primary and general election.

Brandtjen also argued the proposal would help clerks save money, because they wouldn't need as many workers to hand count ballots on Election Day. She also said the change would increase voter confidence in elections, because ballots cast on and read by machines are less likely to include voter error and can’t be read inaccurately by poll workers.

She said recent concerns about the security of electronic voting machines haven’t tempered her enthusiasm for the measure.

"The machines will be secure," Brandtjen said. "There’s actually more ability to have oversight in this process than there has been in the past."