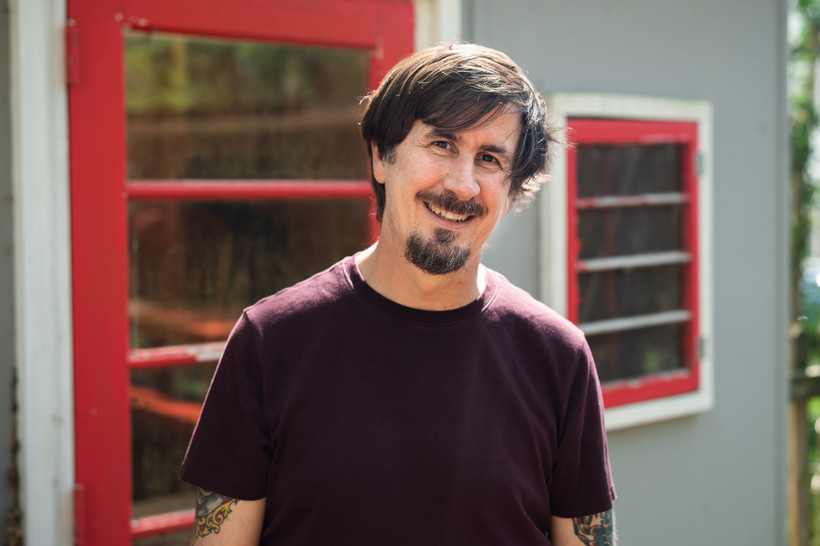 John Darnielle, writer and frontman of the band The Mountain Goats. Photo courtesy of Lalitree Darnielle

The story of a true crime writer who moves into the house where grisly murders occurred
By Doug Gordon
Share:

John Darnielle lives a double life. You may know him as the singer/songwriter and frontman for The Mountain Goats. But he's also a novelist — and a damned good one at that.

According to Rolling Stone, Darnielle is "The Best Storyteller in Rock." He’s written more than 600 songs that span a wide range of subjects — the Chicago Cubs, the R&B songwriter Frankie Lymon and verses from the Bible.

That penchant for storytelling bleeds into his fiction writing, gaining him critical acclaim. His debut 2014 novel, "Wolf in White Van," was even nominated for the National Book Award for Fiction. 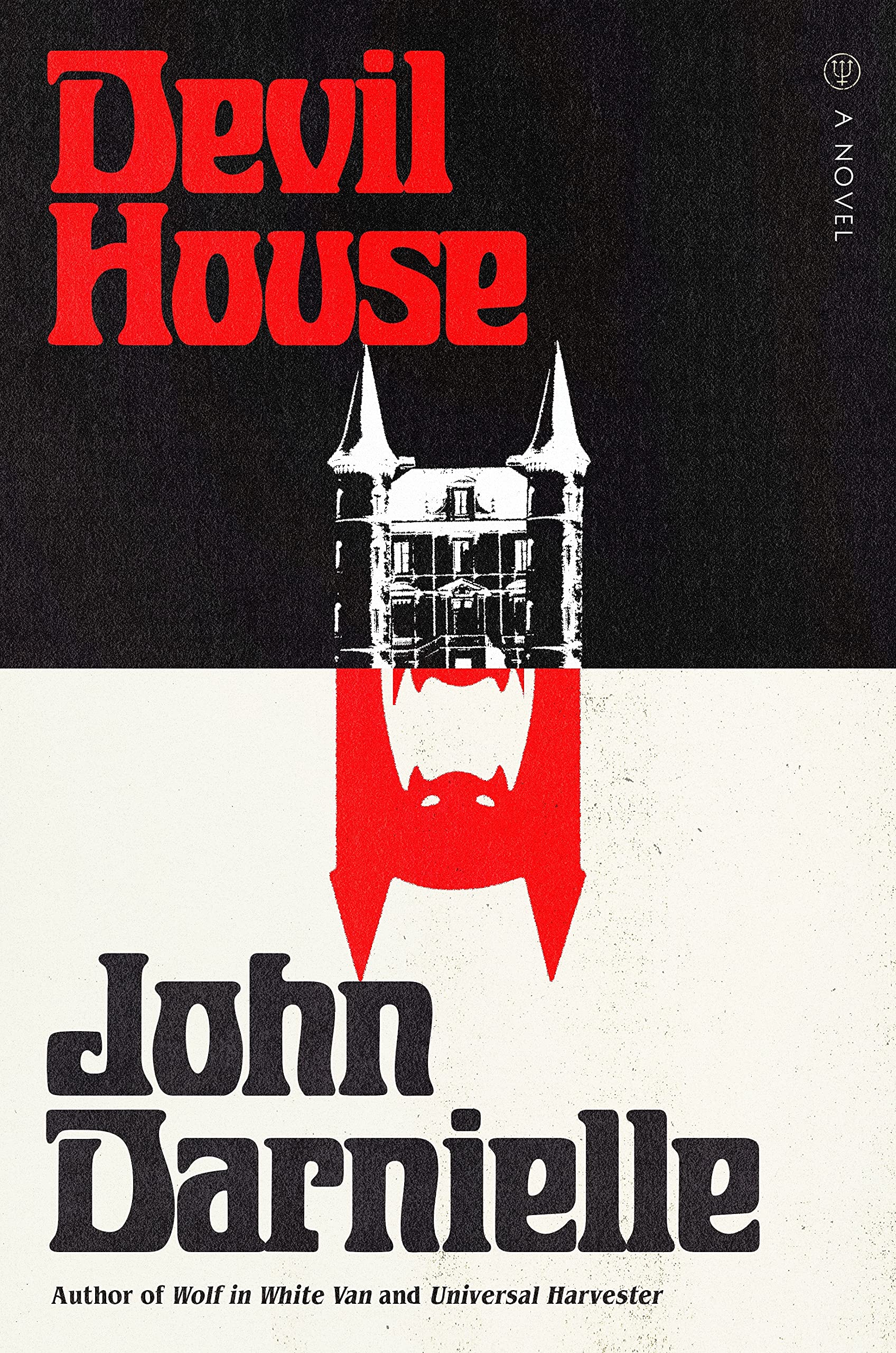 Now, Darnielle is back with another novel called "Devil House."

The idea for Chandler's oddball living situation came from Darnielle's own life. In his hometown of Durham, North Carolina, Darnielle noticed a building with a homemade sign that intrigued him.

"It was called Monster Triple X (DVDs.) It was a brick building that's gone now across the street from Golden Belt, which is a former hosiery mill that had been converted to offices and now is converted to condos like everything else around here," Darnielle told WPR's "BETA."

Darnielle had been working in the old Golden Belt building when he and the other tenants had to leave because developers were going to retrofit the building for condominiums. But before that, Darnielle drove past this sign nearly every day.

"It looked so homemade. It looked like something from a different universe," he said. "Everything these days is laser printed, but this was hand-painted, and it was sort of darkly inspiring. And then it was gone."

Creating a sense of place based on his own lived experiences lays the groundwork for the early part of "Devil House."

"Every place is so distinctive that you don't really know anything about it unless you've been there," he explained, adding that that feeling became even stronger after he lived in Iowa for several years.

"You hear people talk about Iowa and you say, 'Well, you don't know anything about what it's like here. You've seen 'Field of Dreams' and that's about it.' Or you watch the caucuses every four years, and then they do some local color interviews," he said. "It sort of shored up in me that if you're trying to sketch a picture of a place, you should give as complete a feeling of it as you can."

He continued, "I think that starts with history — like how did this place come to be populated by immigrants? Almost always. If you're talking about the U.S. or most, if you're not native to the country, then your people immigrated at some point. And how did they get there in California?"

In "Devil House" Darnielle looks at immigration and the history of westward movement to California — and Milpitas where the novel is set — putting Chandler's life and career in a historical moment that can easily be compared to real life.

"I think it helps bring people inside a place because these stories are relatable once you dig deep enough into them," he added

In addition to exploring the history of California, Darnielle also gets into the Satanic Panic via Chandler's writing.

"All that ties into the fact that folklore and urban legend play into a lot of the themes in this, the things people think they know about things. The Satanic Panic was a case where a lot of people thought they knew a lot about stuff they didn't actually know about."

A novel within a novel

Writing a novel about a novelist gave Darnielle the opportunity to conceptualize multiple storylines, including that of protagonist Chandler's previous true-crime book, "The White Witch of Morro Bay."

In the story, the White Witch was a teacher at the local high school. She killed two male students who showed up at her apartment and get into a struggle with her. She used a knife to stab the boys in self-defense, but once they were dead, she cut up their bodies and dragged the pieces to the shore of Morro Bay.

Near the end of "Devil House," Chandler receives a letter from one of the mothers of the teacher's victims, upset about the way Chandler wrote about her son.

"It's an attempt to broaden the scope of the telling of a story," Darnielle explained. "Because when we tell a story where somebody gets seriously hurt or killed and really any story, questions of perspective loom and usually almost every story winds up being narrowed to only include one perspective with may be a nod toward the possibility of other perspectives. But I wanted to burrow a little deeper and see if we could understand how stories like these affect the incidental people in their tellings."

This section raises a lot of questions about the ethics of writing true crime, like is the true crime writer exploiting victims for his or her own gain?

"But at the same time, it's a call for taking care and being aware, for reading one's own work and seeing what you maybe didn't notice you were saying and so forth," he continued. "It's important in true crime. But I do want to say the book is not so much a critique of true crime as more about the weight of writing, of its specific weight on real people out in the world."