As we stand with the citizens of Wisconsin against racism, listening and learning will inform our action knowing that diverse voices enrich our lives and our spirits and challenge our perspectives. Read more
WPR
Proposed Bayfield CAFO 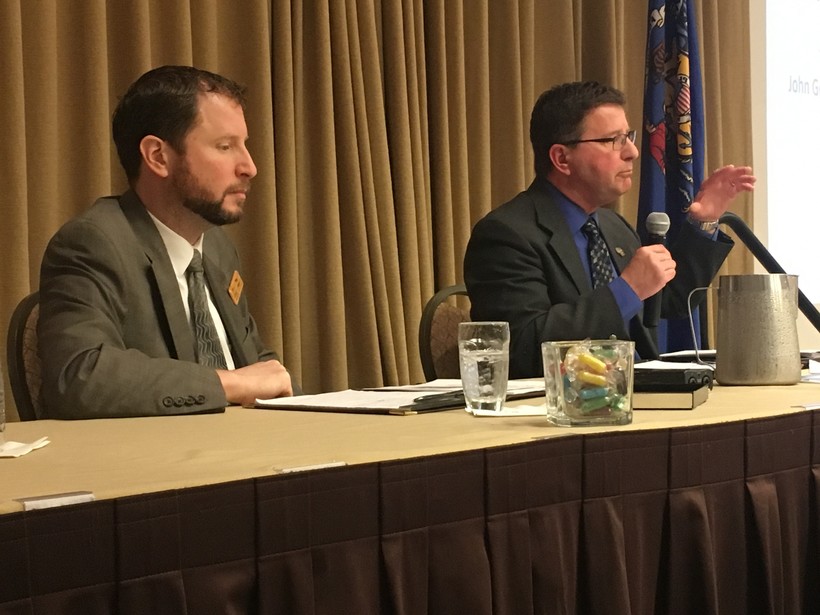 Bayfield County is looking for more leeway from the state to protect water quality from potential farm runoff, but state officials say their hands are tied to the letter of the law.

Iowa-based Reicks View Farms plans to build a farm for 26,000 hogs in the county. Bayfield County passed an ordinance last year that went beyond state standards for manure storage to protect a watershed there from large farms, but the state rejected it.

"So we feel frustrated that in terms of managing animal waste, particularly from CAFOs, is that the state limits things that local units of government can do," Strand said. "As you're aware, we're currently negotiating with you on an ordinance that Bayfield County passed that we believe is critical to prevent an impaired water from getting worse and then developing plans to work to cure that water problem that we have."

Counties can implement more stringent standards, but they have to prove to the state that they’re needed to achieve water quality standards.

The state rejected the county’s ordinance last year because it focused on large farms and didn’t address existing problems within the watershed. John Gozdzialski, the secretary’s northern Wisconsin director with the DNR, said they’re working with the county on local standards they’ve proposed.

Tressie Kamp, staff attorney with Midwest Environmental Advocates, said they’re receiving more calls from communities across the state seeking information about what authority local governments have to regulate large farms or concentrated animal feeding operations (CAFOs). Kamp said other counties are taking note of the county’s negotiations with the state over its manure storage ordinance.

"It won’t necessarily be the full-blown ordinance that was submitted to them. I think credit should go where it’s due to the DNR for being willing to do that," Kamp said. "I think that process and what the DNR ends up saying is allowed will also be an example to communities statewide."

Tim Gary, legislative liaison with the DNR, said any meaningful change in regulation would involve rewriting the statutes.

"The department is committed to enforcing the law as its written because that is the only thing that governs us in interpreting legislative intent and creating uniformity," Gary said. "Let’s face it, farming is like any other industry. There’s a desire for equal enforcement of the law so that there’s no competitive advantage for one set of agriculture over another."