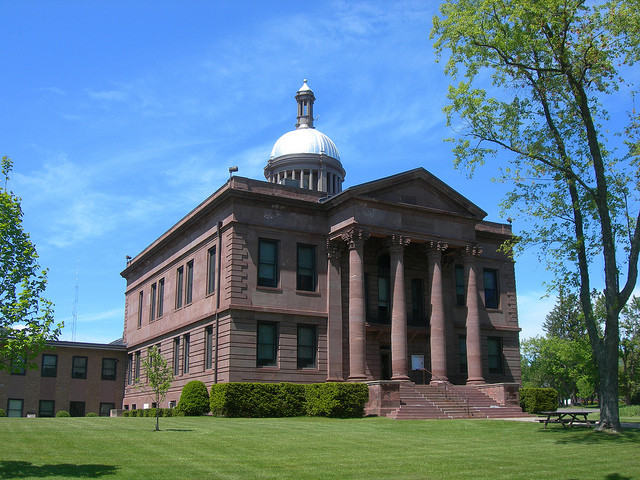 The Bayfield County Courthouse in Washburn, where the Board of Supervisors will meet on Wednesday night.

The Bayfield County Board is taking up a moratorium on large-scale farms on Wednesday night, as an Iowa outfit looks to build a hog farm there with around 24,000 animals.

The County Board will take up two drafts of a moratorium on large-scale farms. Abeles-Allison said they differ in the size of farms that would be affected.

"I’m not able to say whether the first draft would definitely impact Reicks or not, but I think I can say that the second draft or the alternate is specifically a moratorium on new applications," said Abeles-Allison.

"There’s going to be an extremely strong argument that when they submit those applications at the local level and before a moratorium is enacted, that they have achieved vested rights," said Coleman.

Reicks could seek legal action against the county if it does not allow them to build at the proposed site. Bayfield County Administrator Mark Abeles-Allison said they are considering the potential for a lawsuit with a moratorium.

Around 3,000 people have signed a petition supporting a moratorium on large-scale farms there.

Reicks View Farms did not immediately return a request for comment.