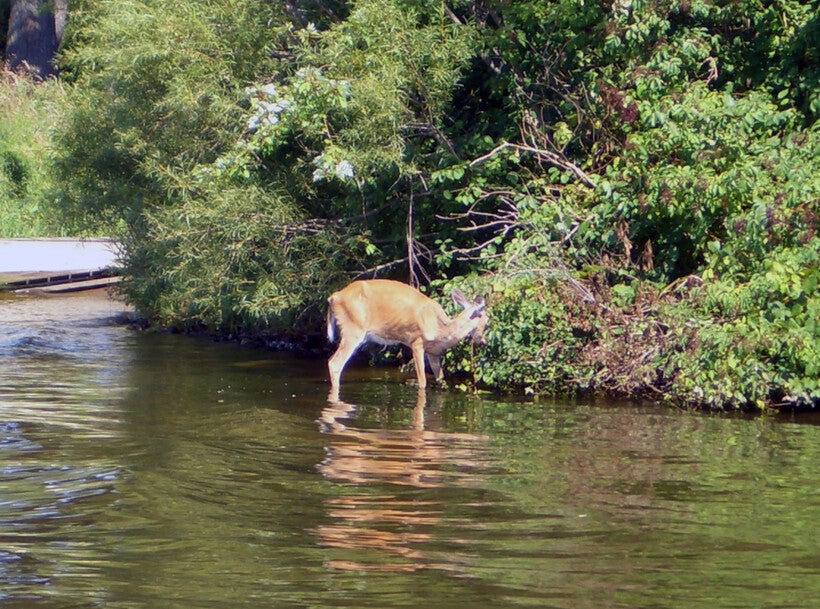 A county board in northern Wisconsin approved a resolution Tuesday to begin implementing recommendations to prevent the spread of chronic wasting disease that include local regulation of deer farms. However, one organization said such regulations appear to be an effort to deter deer farms in the county.

The Bayfield County Board approved recommendations from county committees to begin crafting ordinances that would require compliance with state fencing standards, annual fence inspections of deer farms, and double-fencing of new deer farms.

The board is also directing committees to create an ordinance that would require all live deer transported to the county to be enrolled in the state herd status program, have a state certificate of veterinary inspection and come from an area at least 10 miles from positive detections of the disease in the last five years.

"Once they’ve drafted that it’ll come back to the full county board to decide if they wish to implement those," said Fred Strand, county board supervisor.

Far northwestern Wisconsin has remained largely unaffected by CWD. Bayfield County is among a handful of counties that have been exploring local regulation of deer farms, and the first to move forward on local measures aimed at curbing the spread of CWD.

The recommendations approved by the board originated from a report examining whether local regulation was needed. A study committee formed last year after Dirk and Jane Stolz, the owners of a Washington County deer herd, moved animals from their farm to a northern Wisconsin hunting preserve last year. The Milwaukee Journal Sentinel reported state and federal officials killed those deer after an animal tested positive for CWD on the owners' southern Wisconsin farm.

On Tuesday, the board also signed off on providing up to $14,000 to hire a part-time limited-term employee in the county’s land conservation department and work with a University of Wisconsin-Extension intern to implement a public education program. Strand said outreach would particularly target deer hunters in regards to implementing best management practices to reduce the risk of spreading CWD.

"Those things would include how people can reduce the artificial concentration of deer, proper field dressing and butchering of deer and the proper disposal of any deer remains," Strand said.

Strand said the county will work with the Adopt-a-Dumpster program within the Wisconsin Department of Natural Resources, as well as seek to establish testing kiosks for deer harvested this fall. The state is focusing CWD surveillance across 18 counties in northern Wisconsin this year.

"I don’t see where Bayfield County adding more regulations is going to stop the spread of CWD," Seale said.

However, Strand argued the state has not demonstrated its ability to contain or prevent the spread of the disease. Fifty-six out of the state's 72 counties are considered CWD-affected.

"Since CWD prevalence and distribution continues to increase elsewhere in Wisconsin, we find it imperative that we do everything we can at the local county level to keep CWD out of Bayfield County," he said.

Seale contended recommendations to require additional fencing are nothing more than effort to discourage deer farms.

"It’s just an added cost to new deer farmers to prevent people from starting a business," she said.

Seale said she would like Bayfield County to work with deer farms to discuss the county’s recommendations.

"Maybe we can come up with some reasonable guidelines and rules that are acceptable," she said.

Whether deer farmers would welcome local regulation depends on the proposal, Seale said. She maintained research on breeding deer that are genetically resistant to CWD may help address the disease.

In the meantime, she said they’re exploring the legality of the county’s actions, but the organization has not yet reached a conclusion. The county board has directed committees to draft ordinances for their consideration by the end of this year.