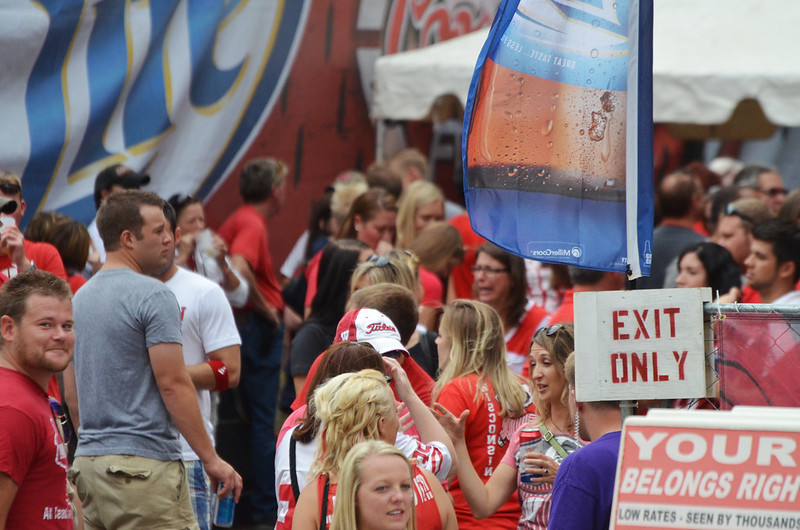 Some Say It Won't Help Business Much, Others Hopeful Takeout Will Boost Sales
By Rachael Vasquez
Share:

A day after the Big Ten announced fall football will be returning, some businesses near the University of Wisconsin-Madison campus are expressing mixed reactions.

Hawk Sullivan, owner of the Hawk's Bar and Grill near State Street, was critical of the decision, saying it was "idiotic" to bring football back.

"I think that it's pretty obvious that the (health) concerns of people is not what's driving this, it's money," Sullivan said.

Sullivan, whose bar often saw good-sized crowds on Badger game days of years past, said he doesn't expect the season to help his business much. Under Dane County's current occupancy restrictions, Hawk's Bar and Grill is only allowed to seat 25 people inside, a drastic reduction from the 100 people his bar can normally fit.

"The reality is that that's not many people," Sullivan said. "Picture 25 people — it fills up pretty quickly. And so the idea that the game day situation would help me, or help any place frankly ... I don't understand how people think that's going to help."

The decision from the Big Ten Wednesday was a reversal, coming less than five weeks after the conference said it would postpone the season.

Initially, the conference was concerned about medical risks to players, but in announcing the move, they outlined a series of detailed medical protocols, including daily antigen testing and enhanced cardiac screening.

In a statement about the announcement Wednesday evening, Public Health Madison and Dane County said that 42 Badger football players or staff have tested positive for COVID-19 to date. The agency warned against gathering in crowds to watch the football games.

Barry Alvarez, director of athletics at UW-Madison, said on a call with reporters Wednesday that the games will be closed to the public. Alvarez said the only people who will be allowed in the stands are some limited staff and the parents of players on both teams. That means the masses of students and attendees that typically fill the sidewalks on UW-Madison's campus for game days likely won't be back this season.

Matt Pace, director of operations at Great Dane Pub and Brewing Company, said game days will look very different for them this year as well. Pace said in years past, the Great Dane saw a significant amount of business for game days.

"On a normal Badger game day Saturday, you know, we would normally serve anywhere between 1,000 and 1,500 customers at each of our lower Madison restaurants every day," Pace said. "So that's just not going to be possible given the capacity restrictions that we're following."

Pace said the company hopes to make back some of that business with takeout orders. Great Dane recently announced a new delivery-only restaurant called Midcoast Wings, a partnership with Eat Street that focuses on wings and other traditional game-day food.

Sullivan, of Hawk's Bar, also said that he thinks he'll lose outdoor seating options when the season starts in late October because of the weather turning colder. He was critical of elected officials for helping businesses like his at the beginning of the pandemic with programs like the Paycheck Protection Program, but leaving them with no help as the winter comes and bars and restaurants will likely see a large reduction in customers.

He said a lot of businesses are in a desperate position right now, and he doesn't see football helping.

"The Big Ten starting is not going to save a business," Sullivan said. "It's just not. That's just a false narrative."

Editor's Note: This story has been updated to clarify that the full name of Hawk Sullivan's restaurant is Hawk's Bar and Grill.