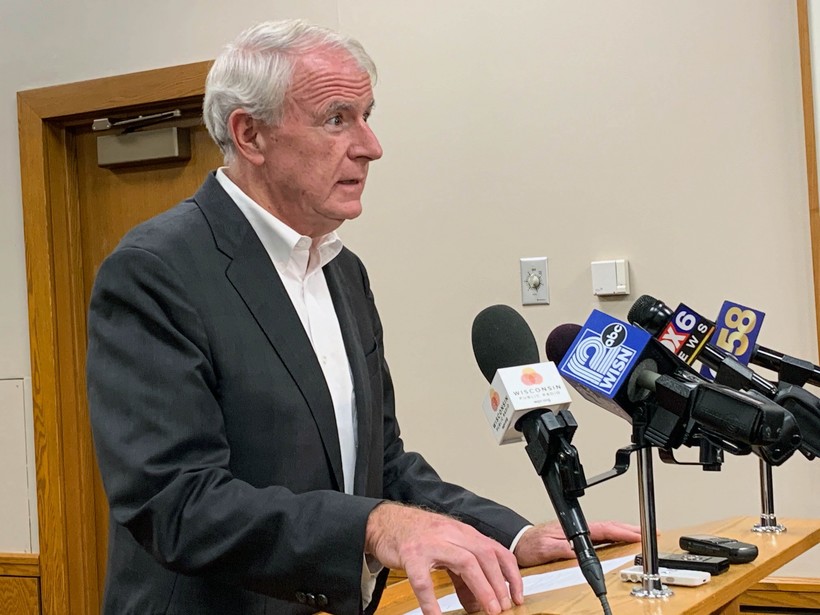 Milwaukee Mayor Tom Barrett said Wednesday that he has not ruled out more restrictions on service at bars and restaurants, as the number of COVID-19 cases spike in his city and across the state.

Already this week, Milwaukee capped capacities at restaurants and bars that have not submitted safety plans at 25 percent and limited indoor gatherings to 10 people. The update to the city's Moving Milwaukee Forward Safely plan takes effect Thursday.

"At this stage, I think we have to recognize we are in a very difficult situation, and one of the chief medical officers for the state described it as a nightmare situation," Barrett said Wednesday at the Milwaukee Press Club.

Barrett's comments also come the day after Illinois Gov. J.B. Pritzker ordered bars and restaurants in Chicago to stop indoor service and to limit gatherings in the city to 25 people.

Wisconsin remains a hotspot in the country for coronavirus cases. On Tuesday, the state broke records with more than 5,000 new cases and 64 deaths.

Likewise, cases continue to grow in Milwaukee County, particularly on its south side. As of Wednesday, there have been 40,450 total cases in the county and 477 deaths.

Previously, the city's plan did not include capacity restrictions on restaurants or bars. However, restaurants and bars did have to submit an 80-point COVID-19 checklist to the Health Department in order to have in-person dining.

When Gov. Tony Evers' administration issued an order Oct. 6 restricting the size of crowds at indoor locations like restaurants and bars, citing a spike in COVID-19 cases, Barrett announced it would stick with the standards then outlined in Moving Milwaukee Forward Safely plan.

But Barrett said Wednesday the state of the pandemic forced the city to introduce new restrictions.

"We’re looking at these numbers and over the last seven days the only state that has had more cases than Wisconsin is Texas. And when you look at the state on a per-capita basis we’re only behind the Dakotas," Barrett said.

Under the revised order, restaurants that have an approved safety plan with the city may have the 25 percent capacity restriction waived.

Barrett said despite social distancing, mask-wearing and all the other precautions’ people have taken, there are people still at significant risk of coronavirus, and the virus can not be taken for granted.

"We make this assumption, and maybe it’s a middle-class assumption: go home and you’ll be safe at home," Barrett said. "But what if your home (includes) three or four families, three or four generations, not three or four people? What if you live in a small apartment in a concentrated part of the city? Which is related to poverty and related to race, and we can’t ignore that," said Barrett.