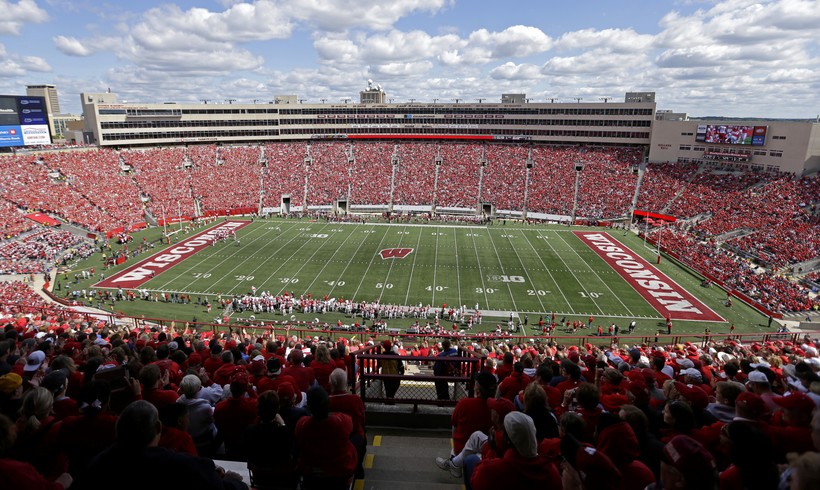 'We're Excited, Thrilled Actually, To Be Able To Open Up At Home With Fans In The Stands'
By Megan Hart
Share:

No. 12 Wisconsin will kick off its 2021 football season Saturday against No. 19 Penn State.

"It’s a heck of a way to start the season," head coach Paul Chryst told reporters in his first weekly news conference.

"I like this group and the way they’ve come together as a team," he said.

Last season had its ups and downs for the Badgers. Freshman quarterback Graham Mertz threw five touchdowns in Wisconsin’s opener against Illinois — more than he’d complete in the rest of the season.

Just days after that stellar performance, Mertz tested positive for COVID-19, which proved a challenge for the Badgers and the Big Ten throughout the year. Now Mertz and most of his teammates are vaccinated, and fans are set to return to Camp Randall Stadium.

"We’re excited to get going for the season, thrilled actually, to be able to open up at home with fans in the stands," Chryst said. "Obviously it’s going to be a heck of a challenge, facing a really good team in Penn State, but looking forward to getting going."

Fans will be required to wear masks in indoor areas of Camp Randall, and they’re encouraged to wear them outdoors, according to UW Athletics.

Last year, the Badgers played a shortened season, facing only Big Ten opponents until they won (and then broke) the Duke’s Mayo Bowl trophy. But expectations are higher for this season, with Wisconsin ranked No. 12 in the AP Poll — ahead of the University of Florida, the University of Southern California and Louisiana State University.

A victory against a Top 25 opponent could provide a big boost to start the season.

"Obviously, you open up with a really good football team. That’s a challenge, but it’s also a heck of an opportunity," Chryst said.

The Badgers and the Nittany Lions last played in 2018, with Wisconsin losing 28-10. This time around, Penn State enters Camp Randall with a new offensive coordinator in Mike Yurcich.

"I feel confident in the plan we have going into the week and putting it into the players' hands. We have a talented group, an experienced group," Badgers defensive coordinator Jim Leonhard told reporters Monday.

The last time the Badgers opened consecutive seasons against Big Ten opponents was the early 1980s.