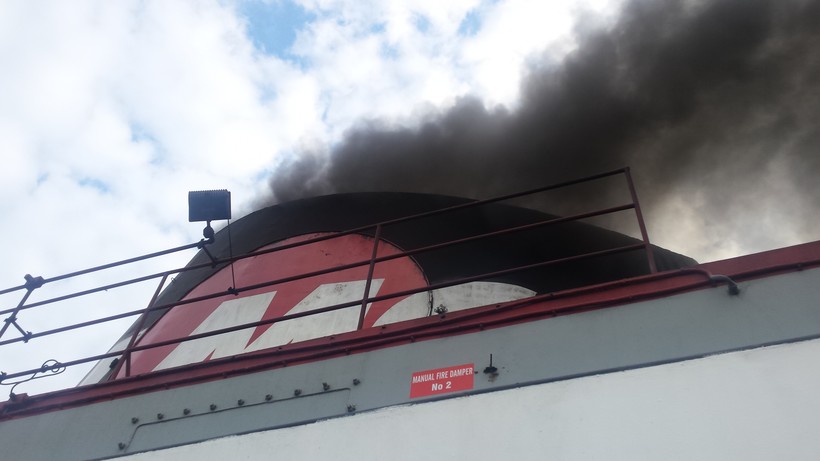 This Sunday, the ferry carrying people and vehicles from Manitowoc to western Michigan and back completes its second season of operating without dumping coal ash into Lake Michigan.

Under a deal reached in 2014 with the U.S. Environmental Protection Agency, the SS Badger now keeps the coal ash in bins on the ship until it can be taken off at Ludington, Michigan, where the ash is sent to a landfill or used in the making of cement.

Black coal smoke still comes out of the Badger's smokestack, but company spokeswoman Terri Brown said there are no plans to switch to a cleaner-burning fuel.

"We're in compliance with the air emissions," Brown said. "Both the states of Michigan and Wisconsin have passed legislation to allow steam-fired coal passenger ships like us to continue because of the significance of the vessels."

For now, the environmental group Alliance for the Great Lakes is focused on praising the end of coal dumping.

"The SS Badger is a great example of how environmental protections don't spell the end of business," the a group said.

"The passenger counts are pretty equal with what we had last year," Brown said. "Last year was a banner year for us. Commercial traffic is down a little and we're attributing that to the gas prices."

Brown said lower gas prices prompt more freight companies to haul cargo around Lake Michigan instead of loading trucks onto the ferry for a four-hour trip across the lake.