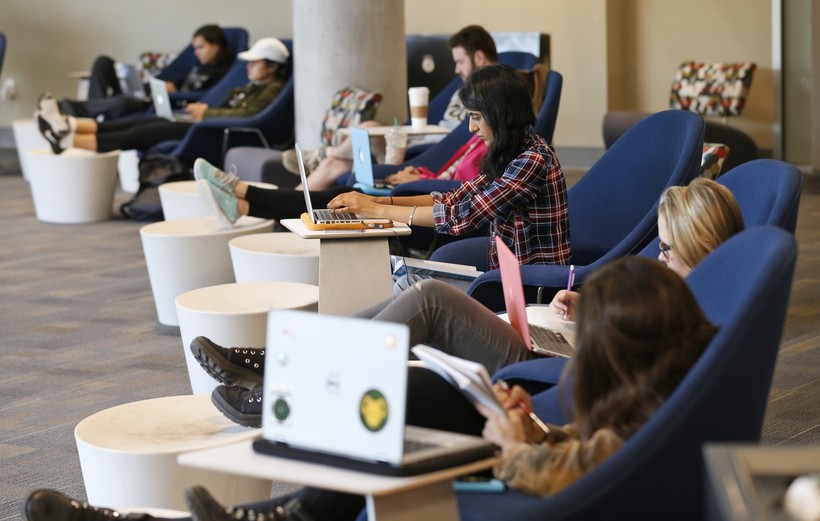 Financial Experts Weigh In On How Debt Affects Graduates
By Patty Murray
Share:

The average four-year college student in Wisconsin graduates $29,460 in the red, according to the nonprofit Institute for College Access and Success.

Cathy Sandeen, chancellor of University of Wisconsin Colleges and Extension, said that figure places Wisconsin slightly above the national average.

"Wisconsin is ranked 16th highest in the country for average student debt," Sandeen said. "We know that 64 percent of students in most UW institutions take on some level of debt or loans."

Sandeen recently met with education and financial experts to discuss the issue. She said the consensus was the prospect of debt generally doesn't — and she said shouldn't — discourage students from pursuing a post high school degree. She said college graduates earn roughly two times more in a year than their counterparts with only high school degrees.

J. Michael Collins, the faculty director of the Center for Financial Security at UW-Madison, said most graduates do find work and that paying off their debt is "feasible" on a 10-year plan.

But he added that applies to students who declare a major and graduate on time.

"For those who are struggling there are repayment plans that allow you to stretch out those loan payments over a longer period of time," Collins said. "The problem is a lot of students just don't know they exist. Some of the problems we see in the market right now is students don't really know what their loans are and what their repayment options are."

"If we continue to talk about how horrible it is ... then people decide not to go to college," Collins said, referring to stories about unemployed graduated with huge debt loads. Generally, he said a higher education is an investment. "For most people not going to college is going to make them worse off."

Roundtable participants also encouraged families to look for a variety of lenders and for students to take college credit classes in high school if possible.

Sandeen said many students do not have time to work, attend class and pay for room and board which also affects their debt load.

Gov. Scott Walker proposed cutting UW tuition in his 2017-19 budget proposal. Sandeen said it is too early to tell how that would affect students’ and families’ overall debt load.