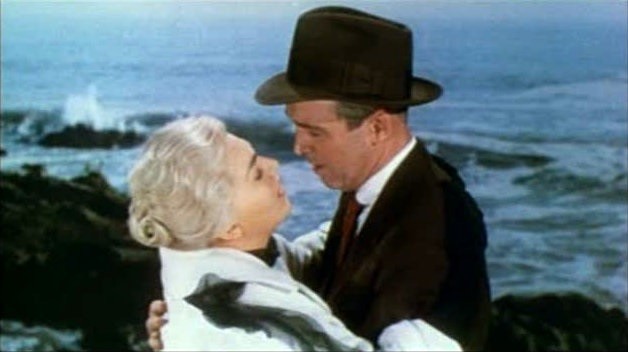 Memoir Reflects On How Writer's Life Has Mirrored Cinema
By Doug Gordon
Share:

Sharon Dolin remembers exactly when she came up with the idea for her book, "Hitchcock Blonde: A Cinematic Memoir."

"I didn't choose Alfred Hitchcock. Alfred Hitchcock chose me," Dolin told WPR's "BETA." "I did not think I was going to write a memoir. And then I was actually ill with the flu. We all know about being feverish, especially in these COVID days. And I was running about a 103 (degree), 104 fever and I thought I would watch 'Vertigo.' And I was just coming down off of a very destructive affair and I was watching the movie and I thought to myself: Eureka! This could work."

"This is so connected to what I was going through in this relationship. So it's really about destructive, heterosexual desire. And I thought I could possibly write a memoir through the lens of Hitchcock. And I took a number of months in order to figure out that I could do it," recalled Dolin. "(Louis) Pasteur says chance favors the prepared mind, and so my mind in its feverish haze was prepared."

"Yes. I would say very little has turned out the way I would have predicted from the time I was a small child. I trusted my mother. I loved my mother. And yet she did things that were frightening, like running away with me or when she would have a breakdown," said Dolin. "She seemed to become another person or when she had disappearances. And I didn't understand them entirely when she went into the hospital or when she came back and she was so drugged up, I didn't really recognize her. So I would say from the get-go, everything in my life seemed to be unpredictable."

Dolin's mother had schizophrenia and her father was a traveling salesman.

"I loved them. They loved me, they adored me," Dolin said. "And so I think it's very important in this book to understand that you can have a parent who is severely mentally ill. And yet, I got the most important thing from her I could get, which was her really unconditional love, even though it was at times very frightening."

Dolin said that she thinks the same was true of her father, someone she had to depend on "even though there was something rather childish about him and also unreliable. And he would go on these road trips for a month or more at a time and we would be left with my mother. And who knows what would happen with her when he was away."

The first Hitchcock film that Dolin recalls seeing as a child is "Rear Window," which was released in 1954. Jimmy Stewart portrays a professional photographer named L.B. "Jeff" Jefferies who, while recovering from a broken leg, spies on his neighbors and becomes convinced that his neighbor across the courtyard has murdered his wife. Grace Kelly plays Lisa Fremont, Jefferies' girlfriend.

"Here he is (Jefferies), a voyeur looking in on other people's lives," Dolin said. "And when I was growing up in Brooklyn, we had windows. We lived on the first floor of a rental. And people could look in our windows. So I very much had that experience of other people spying on me."

One such incident occurred when Dolin was about 16. She was reclining on her bed and talking to a friend on the phone. Suddenly she heard a rapping on the side door to her family's apartment. The Dolins' Bedlington terrier, MacDuff, started barking. Dolin exited her bedroom to discover their next-door neighbor at the entrance of their kitchen. He had a teenage boy in front of him. The neighbor was poking the barrel of a shotgun into the boy's back. The neighbor said that he caught the boy peeping in her bedroom window. Dolins' father told the neighbor to shoot the boy. The boy said, "No, please." The neighbor lowered his shotgun and told the boy to get lost. The boy ray away.

"And I realized that the boy had been looking in my window while I was talking on the phone," Dolin said. "I had this issue a lot of my life and feeling that there were people who were looking in on me. And of course, the quandary of writing this book was I was allowing people to look in on my life and I was having to deal with what that meant."

"I very early on have made a distinction between the biographical figure of the artist and their work," Dolin said. "What interested me was that I think he really was the most abusive and stepped over the line with Tippi Hedren. I think it was partially a class issue because she was very working-class. He wouldn't dare to do that, I don't believe, with Ingrid Bergman or Grace Kelly. But he felt he could get away with it with Tippi Hedren. And I think it affected 'The Birds.' I think in that final scene where she goes upstairs and is attacked, she's almost blinded by the birds. And I think that he was getting out his sexual rage at her for refusing him in the movie itself. And it's very disturbing to see that."