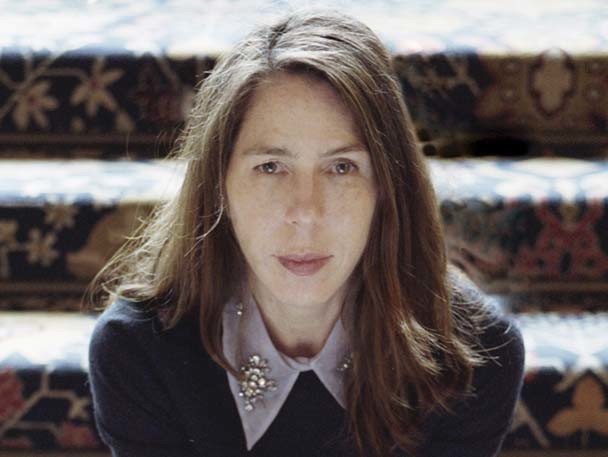 Author Rachel Kushner On Her Essay Collection, 'The Hard Crowd'

Acclaimed Author Of 'The Flamethrowers,' 'The Mars Room' Proves Her Non-Fiction Is As Exciting And Insightful As Her Fiction
By Adam Friedrich
Share:

Author Rachel Kushner is one of the leading literary writers in the world. Her novels "The Flamethrowers" and "The Mars Room" have each garnered critical acclaim with the latter being shortlisted for the prestigious international Man Booker prize.

Kushner has now released an essay collection titled "The Hard Crowd" which culls together and updates a portion of her non-fiction output from the last two decades. Readers will immediately note Kushner's command of language is just as precise as it is in her fiction. She tells WPR's "BETA" that isn't all that surprising.

"I think that, for better or worse, my writing does all seem to have a kind of recognizable voice or tone to it," Kushner said. "In trying to please myself, I think I'm balancing a lot of different things in terms of wanting the writing to have a kind of verve and energy and, you know, even to be like a little bit crude or hopefully kind of sexy, but also, deal with things and employ a rigor that challenges me and brings me to a level of understanding that I did not possess when I sat down to write the thing."

Kushner selected nearly 20 pieces from the last 20 years, dating back to even before she was published, that offer fans and general audience alike a glimpse into her process.

"I really enjoyed having the opportunity to re-examine the essays that I chose for the book," she said. "They all had to kind of be talking to one another. So, I only chose maybe like a third of or a quarter of the essays that I've written that I feel would be good enough to fit into some kind of book."

Kushner's essays seem to be operating in two different gears. One set is eloquently written features about her personal history that are equal parts gripping and revealing. The other essays represent Kushner's reviews of artists and authors whose work inspires or intrigues her. It's the rare opportunity to have a literary artist lay out a commentary of their literary influences. It's akin to having Martin Scorsese plan a film fest for you.

Take, for instance, her reprinted foreword to a collected edition of author Cormac McCarthy's "The Border Trilogy." Here is a modern master of wordsmithing marveling at McCarthy's command of language.

"The ending of the first of that 'Border Trilogy,' 'All the Pretty Horses,' there's this very strange image that McCarthy uses of the young cowboy riding up through the mountains of northern Mexico as he returns to Texas. And he pales into the landscape is the language that McCarthy has chosen for that," Kushner said. "By the time you get to the end of that book, this idea of this boy paling into the landscape suggests that he has undergone a haunting transfiguration into a figure that augurs death and to me is a really magnificent moment."

Kushner opens the collection with the phenomenal "Girl on a Motorcycle" which pre-dates any of her other published writing. The piece — which pulls its name from the 1968 film starring Marianne Faithfull and Alain Delon  — deals with the illegal 24-hour motorcycle race across the Baja Peninsula from southern California to Tijuana.

"When I went to look at that essay, I knew I wanted it to open this collection and be the first thing, not because it was the first thing I published, but because it gives an account of who I was before I became a writer," she said.

Against the compelling backdrop of competing in something this dangerous, Kushner shares her own personal journey of discovery and finding her place in this male-dominated subculture of gearheads.

"It's about my experience riding in that race, which I only did once. And when I wrote it, I had still remembered the details of it were very fresh in my mind," she said. "When I went to look at it, I thought, this is all so extreme. You know, was I exaggerating? I mean, I do make my living professionally by exaggerating in the form of fiction. So, I wanted to sort of run it by a couple of friends and let them tell me if the piece was realistic, because it all seemed pretty unbelievable. And I gave it to two people who still work and live in the world of motorcycles. And they'd both been on that race and said, 'No, this is right, and this is what it was.'"

Kushner bookends the collection with another personal essay, the titular "The Hard Crowd." It's about living in San Francisco as a Gen Xer sandwiched between the city's Haight-Ashbury past and its tech start-up center of the universe present.

Kushner is nostalgic, but realistic about revisiting this foundational era for her. As she travels down her Market Street memory lane, she shares how the people, places and events that shaped her often lead back to writers like Alan Ginsburg, Jim Carroll and even the Charles Willeford novel, "Pick-Up."

"I discovered this novel, 'Pick-Up,' on somebody else's bookshelves, which is the way I sometimes do my best reading in that it's not a book I would have known to look at. And I started reading it one night. I was just totally mesmerized by this book," recalled Kushner. "It takes place in a part of San Francisco, the Civic Center, where I spent a lot of time in my adolescence."

Kushner also admits her remove presents a kind of paradox where the person who writes about their experiences is no longer the person who experienced them, as she writes in the book's most meta moment:

"In all a writer's supposed self-exposure, her claim to authentic experience, the thing the writer omits reporting on is her galling idea that her life might become a subject put to paper. Might fill the pages of a book."

Fans of Kushner's literary oeuvre will appreciate the mosaic of inspiration, appreciation and history she has assembled in "The Hard Crowd" and for the uninitiated, the collection serves as a fascinating entry point into one of America's most intriguing writers.