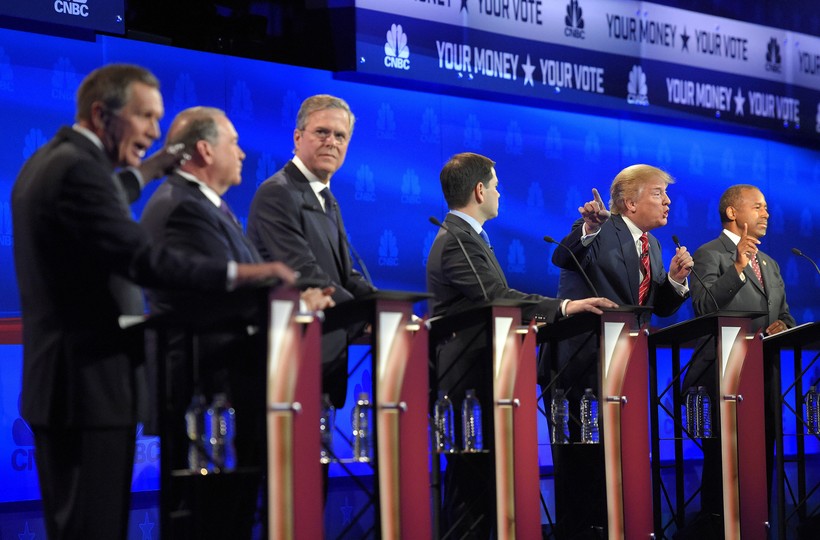 Author: People Are More Loyal To Party Than Party Ideologies

Americans As Divided As Ever, But Don’t Care Too Much About A Party's Underlying Ideals
By Colleen Leahy
Share:

Political communications professor Nathan Kalmoe's recent research shows that Americans are just as tribal and partisan as ever. But for most people, that partisanship is shallow, expressed through simple party loyalty and not through allegiance to those parties’ underlying ideologies.

People who identify with the political ideological identities — "liberal" or "conservative" — aren’t necessarily in line with those ideologies when you get down to asking them about specific issues, said Kalmoe, an assistant professor at Louisiana State University and author of "Neither Liberal Nor Conservative: Ideological Innocence in the American Public."

"People’s issue attitudes tend to be not particularly coherent. They tend to be unstable over time. About half of the public doesn’t even use ideological labels (like "liberal," "conservative" and "moderate") to describe themselves, and those that do, it’s only the most knowledgeable of them where that ideological label has any force in the choices that they're making," he said.

What’s more important when it comes to political decision making for most people is party.

And though you might expect those who call themselves moderate or independent to be more politically engaged, Kalmoe actually found the opposite is true.

Who is paying attention to ideology then? Political leaders are highly ideological in their approach to politics, said Kalmoe. But that’s just not true for most Americans, he said.

"Maybe 10 or 20 percent of the public ... is quite engaged in political affairs," Kalmoe said. "They follow the news closely, and they’re very knowledgeable about politics. And for that group, they really do look more ideological, like leaders."

So that explains in part why people who might call themselves conservative didn’t have a problem with Trump’s unconventional approach.

"For as unusual as the 2016 campaign and election looked, voters responded as if this was a generic Democrat and a generic Republican when we look at their actual electoral behavior," Kamoe said.

"If we had voters … who were strong ideologues, then you would expect that maybe the nominees would’ve been Ted Cruz on the Republican side and Bernie Sanders on the Democratic side. But instead you saw the partisan voters on each side choose a relatively more moderate candidate," relative to other candidates in the race, he said.

Kalmoe’s research crushes that idea of an American citizen who is not committed to a particular party yet, is very politically engaged and makes decisions based on substantive issues.

"It’s a trade-off. You either have a public that’s disengaged and relatively not ideological, or a public that is more engaged and is more committed to one side or the other," he said.