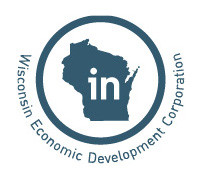 The audit by a private firm found that at the startup of the Wisconsin Economic Development Corporation, the agency was focused on new economic development programs instead of monitoring its money and tracking its loans. Loan balances were misstated, the audit said, and in some cases the agency did not follow up on delinquent accounts. The audit cited a lack of documentation that could potentially conceal fraud.

Assembly Democratic Leader Peter Barca told a state Senate panel just before the audit's release that the agency needed to be watched closely, "I think WEDC needs to be on a short leash. I think we've got a year. By the end of the next calendar year, if these serious problems still plague WEDC, then I think it's time to put an end to this bold experiment and go back to the Commerce style model that we've had in the past."

Wisconsin Economic Development Corporation interim CEO Reed Hall acknowledged some missteps in the agency's first year, "We did not appropriately prioritize the time or personnel needed to implement proper financial reporting processes. We are now moving on to solutions to these issues."

The audit also found $4 million in defaulted loans on the books at the end of June. It will be presented to the full corporation board later today in Eau Claire.