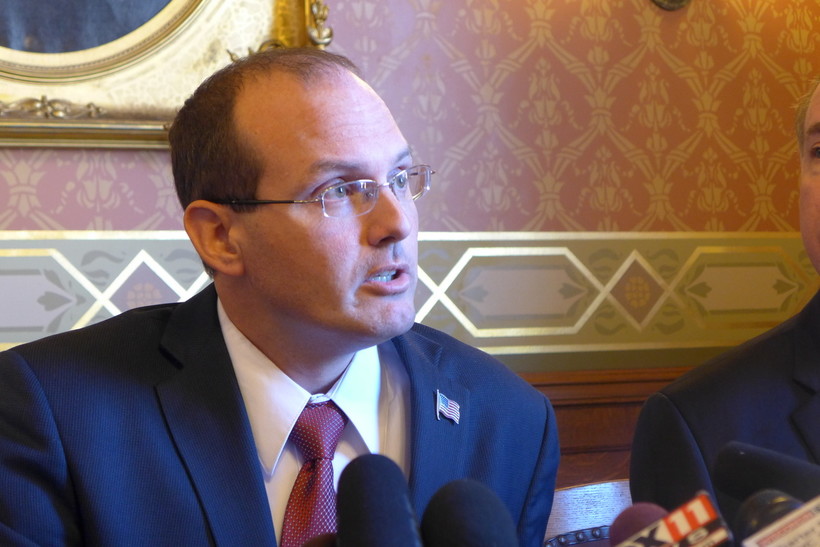 Rep. Jesse Kremer, the author of a bill requiring photo ID for users of FoodShare.

Assembly Republicans passed several bills Tuesday that would restrict access to FoodShare benefits for poor people at a cost of several million dollars to state government.

GOP lawmakers say the changes are aimed at reducing fraud in FoodShare, but Democrats called them "foolish and wasteful," saying there’s no evidence they’ll prevent any wrongdoing.

One of the bills will have the state create special photo IDs for FoodShare recipients, but under federal rules, people would not be required to show their photos to retailers. Similarly, retailers would be prohibited from using the IDs to deny service to FoodShare recipients.

Republican Rep. Jesse Kremer of Kewaskum said that could change if a Republican is elected President and federal FoodShare rules change.

"If there is an administrative change in Washington, D.C., a new administration, that potential could exist," said Kremer.

In the meanwhile, the program would cost state taxpayers an estimated $3.6 million to set up and another $1 million to run each year — money that Democrat Rep. Andy Jorgenson said would be wasted in the name of villainizing Wisconsin’s neediest residents.

"It’s become clear to me that Republicans have a new punching bag: the poor and the jobless," said Jorgensen.

The photo ID measure passed 57-40, with a handful of Republicans voting against.

The third limits the number of replacement cards for FoodShare recipients in a one-year period. The fifth time a person asks for a replacement card, their case would be referred to DHS's Office of Inspector General.  They wouldn't be issued a sixth card unless they give an "appropriate explanation" for why they need it. DHS estimated an earlier version of the bill would cost the state $415,000.

Both those measures passed with some bipartisan support by 66-31 margins.

In addition, Republicans voted to pass another bill that cuts off unemployment insurance for up to seven years if someone conceals their wages in order to qualify for benefits.

Editor's Note: This story has been updated to reflect votes on multiple bills.