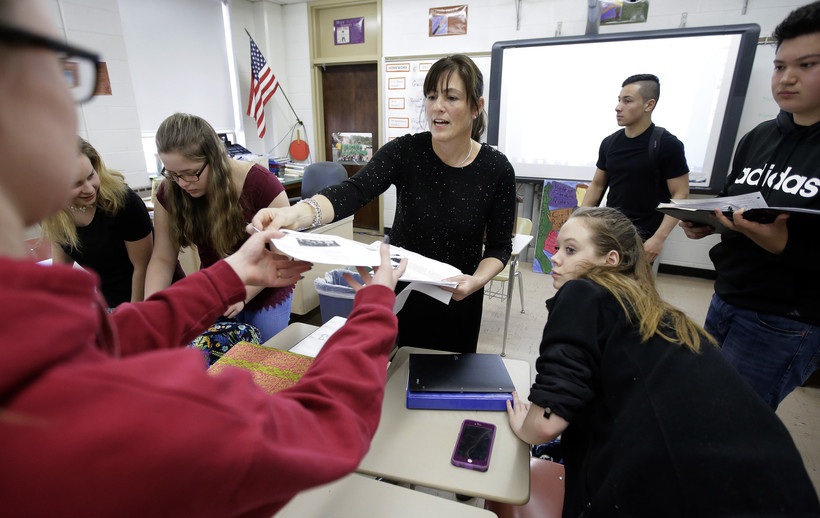 Wisconsin high schoolers would have to complete a credit of financial literacy in order to receive a diploma under a bill currently making its way through a state Assembly committee. The bill would take effect for the 2022-23 school year.

State Rep. Alex Dallman, R-Green Lake, is one of the bill's sponsors. During a Tuesday Assembly Committee on Education hearing, he said the requirement would give students education they would be able to use for the rest of their lives. He noted a survey that found 70 percent of millennials live paycheck-to-paycheck, compared to 40 percent of baby boomers.

"This is something that would be very beneficial for their futures," Dallman said.

Schools in Wisconsin are already required to include standards for financial literacy in their K-12 curriculums under a bill former Gov. Scott Walker signed into law in late 2017. The current bill would add to those standards, rather than replace them.

"I believe every child deserves the opportunity for quality, personal financial education in high school," said Ballweg. "Decisions that they make early on while emerging into adulthood impact the rest of their lives."

A growing number of schools in Wisconsin either already have a financial literacy requirement to graduate or plan to add one. Milwaukee Public Schools, for example, is aiming to have its requirement in place for all students by 2028.

Oconomowoc High School, meanwhile, added a personal finance requirement in 2017. Laura Schoenike, a career and technical education teacher there, noted how technology has changed and continues to change the world of personal finance.

"Social media platforms such as TikTok and friends now spew financial advice, some legitimate, some predatory," Schoenike said at the hearing. "Keeping up with all the different apps and news stories of markets rising and crashing is as addicting as the latest game download, but the problem is that this isn't a game."

She argued giving students a 21st century knowledge of personal finance would impact every aspect of Wisconsin's economy.

"An ounce of prevention is worth a pound of cure," said Schoenike. "We have the power to offer this prevention in the form of education."

A fiscal estimate of the bill found it would increase costs for school districts, owing to the spending required for curriculum development, credit completion verification and increased staffing to teach the courses.

The Wisconsin Rural Schools Alliance and Wisconsin Association of School Boards have both filed in opposition to the bill, with the latter calling the legislation a potential "unfunded mandate."

"It is unclear how school districts that are already facing teacher supply challenges would be able to find and afford teachers to meet this proposed mandate," the Association of School Boards said in its opposition note.

"Just as I wouldn't wait until my child got into high school to talk to them about finances and teach them about all they need to know as an adult, I don't know why we would expect that to just happen magically to a high school student," said Pope. "Why are you not willing to give (the 2017 standards) a chance to play out so that we start talking about these things when children are very young and just entering school, and build on that throughout their entire career in school?"

Pope also questioned the ability of schools to be able to provide finance classes in the long term.

Ballweg acknowledged the concerns around cost, but noted the already-existing standards and groups willing to provide materials and assistance to teachers and schools for finance classes.

"We don't have to reinvent the wheel for each of our school districts," said Ballweg.

Financial lobbying groups such as the Wisconsin Financial Services Association have filed in support of the bill and its companion legislation in the Senate.

If the bill makes it out of committee, its next stop would be the full Assembly.