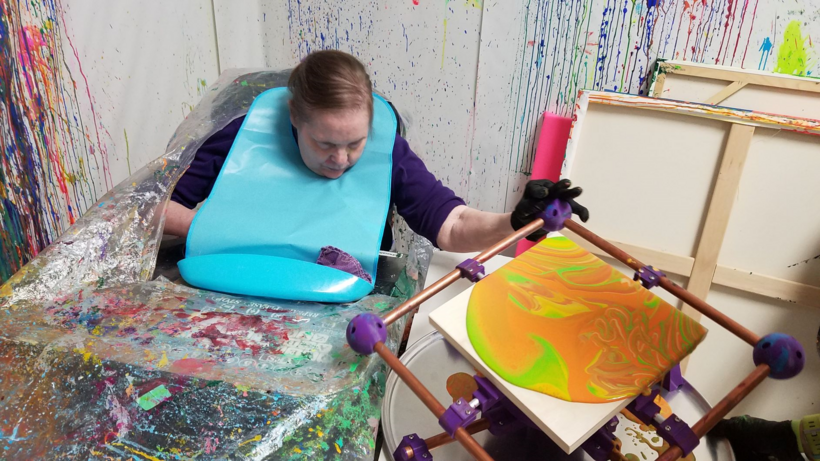 Jeanne Grosse wanted to be a painter in the style of Jackson Pollock, but her disability left her with only limited use of her left arm.

To achieve that abstract, splashed paint pattern, the Madison-based artist was using a small catapult to throw paint against a canvas. But she didn't have much control over the direction and angle of force.

In December 2015, she contacted metal sculptor John Lash in hopes that he could build a new aluminum catapult that would help Grosse get more control over her art pieces.

"I worked with Jeannie, spent a lot of time talking with her and trying to understand her process and what her goals were," Lash said. "And then I was able to create this catapult for her. And it was just a wonderful introduction to this world that I'm now immersing myself into."

Lash's foray into building this type of adaptive technology for artists with disabilities soon led him on a new career trajectory. In September, he established the Madison-based Mad DesignWorks, and was commissioned again by Grosse to build a tilt table, allowing her to spread paint around a canvas independent of help from her artist mentor. 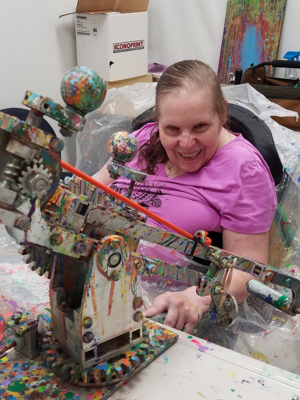 Jeanne Grosse poses with an aluminum paint catapult that she uses to create artwork. Photo courtesy of John Lash

"It helps me to paint the way I want to paint," Grosse said via email of the access to new technology.

Grosse makes her art through ArtWorking, a nonprofit in the Madison area that supports entrepreneurs and artists with career development. The organization works with more than 40 artists, said director Lance Owens. Another one of those artists, Richard Berkholtz, is also getting an assist from Lash.

Berkholtz, 58, is blind, and prior to losing his sight made artistic pieces by welding railroad spikes together. Now, through ArtWorking, Berkholtz makes and sells firestarters by combining shredded paper, sawdust and soy wax in a cup. The cups burn for about 18 minutes, he said.

Lash is helping Berkholtz by making an assembly line that cues Berkholtz via touch and sound as he moves the cups through different stages of the production process. Lash said he is paying particular attention to safety, in part because of hot wax being dispensed during the process.

"Making firestarters is already a low-tech process," Berkholtz said via email. "But currently I need assistance melting and pouring wax onto the sawdust in the firestarter cup. John's firestarter apparatus will enable me to dispense the sawdust, the essential oils and the hot wax by myself."

Lash first began to learn about some of the challenges people with disabilities face while working years ago as a camp counselor at Camp Evergreen in Sheboygan.

"That's when I first became aware of the community and I became aware at that time that there were many ways in which this community was not being well served," he said. 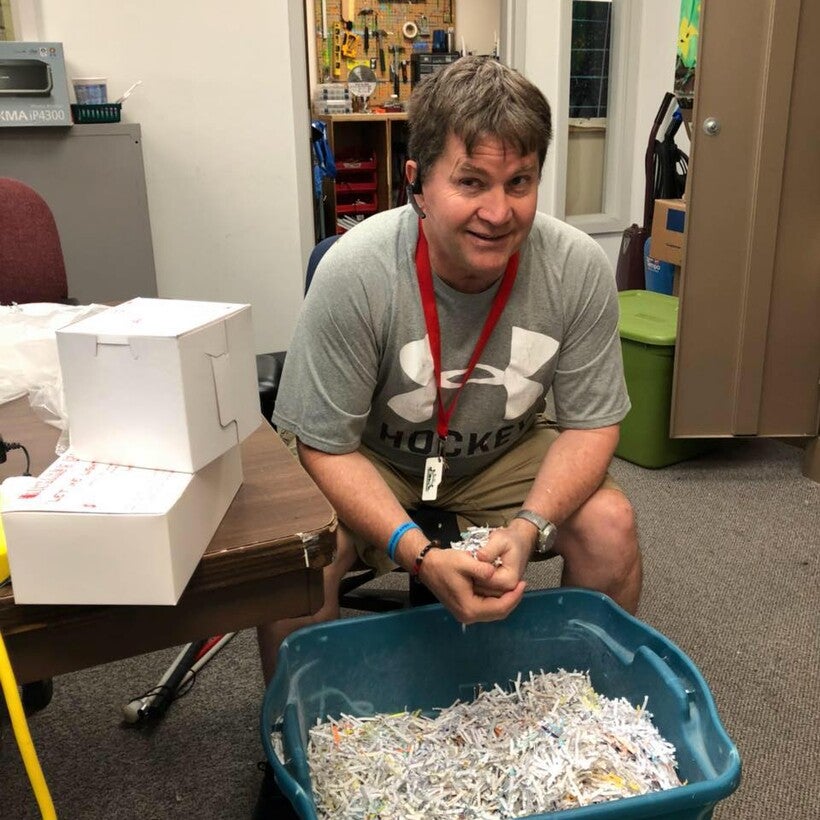 Becoming more aware of the needs among people with disabilities — as well as being diagnosed himself about a decade ago with a degenerative neuromuscular condition called Kennedy disease — Lash decided to pursue his interest in building assistive and adaptive technology.

"That, and I've always loved machines and moving parts and all of that," he said. "Combining all those interests has led me to where I am right now."

As Mad DesignWorks' sole employee, Lash's base of operation is at Sector67, a collaborative workspace that he rents to use. That gives him access to 3D printers, which provide a cheaper way to produce specific pieces within a reasonable timeframe, he said.

In fact, he said 3D printing is "one of the components that I think is going to help move manufacturing back to the people," noting much of that customization had been lost to mass production.

He said his goal as a designer is focusing on the user's experience, and he knows he has accomplished that if the artist or user is able to use the technology without having to focus on the mechanics.

Lash is paid for his work through different sources, including through the Wisconsin Department of Vocational Rehabilitation, nonprofit organizations and directly from his clients.

So far, the technology is making a difference for Grosse and Berkholtz, by providing them more independence in creating their pieces. 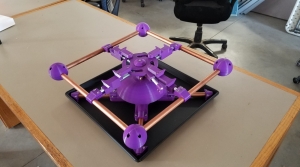 For artists with limited mobility, realizing their vision can depend on having the right technology. We talk to a Madison man who's used 3D printing to create a paint catapult, a tilt table and other adaptive devices to help local painters and crafters.