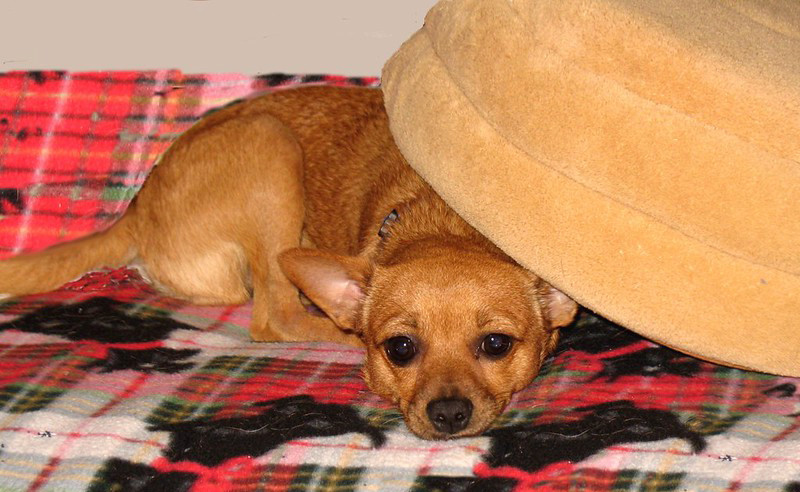 Are Your Dogs Afraid Of Fireworks Or Thunderstorms? A Veterinarian Says Try These Tips

Expending Your Dog's Physical And Mental Energy Leading Up To A Loud Event Will Help
By Elizabeth Dohms-Harter
Share:

It's about that time of year when explosions in the sky are commonplace. But just as predictable as those booming fireworks are some dogs' terrified reactions to them.

Veterinarian Bill Stork said one of the most common questions veterinarians get goes something like, "Can you give him something just to take the edge off?"

But the anti-anxiety medications that pet owners seek to help with those loud noise phobias aren't necessarily going to work, said Stork, who is owner of the Lake Mills Veterinary Clinic.

"We can make them a little sedate," Stork said. "But as soon as the stimulus arrives, as soon as a first clap of thunder ... or fireworks, they have a tendency to override (the medication)."

But Stork said there are universal practices owners can do to help manage the stressful events for their pets.

Before The Noisy Event

If you've got some time, you can try to prepare your dog for the noisy day, Stork said. The first step is to try and burn off as much physical and mental energy as you can in the days leading up to an event.

Engaging your dog is physical activity is important. Just as important is mental exercise, which might include a long sniffing walk.

"I mean literally a dog on a leash walking around the neighborhood where there's all kinds of interesting smells," Stork said.

Smell senses of dogs and cats are hundreds of times more sensitive than ours, he said.

"And all of the details that they're calculating as they walk around with their nose on the ground, with their nose in the air, engages their mind very nicely to the extent that we've made this recommendation to clients."

But keep in mind that walking in the same neighborhood, on the same side of the street in the same direction and at the same time will eventually get old for the dog.

"It would be like getting in Wisconsin State Journal on Sunday and reading that same paper for a month," he said. "You're going to run out of information pretty quickly."

Other methods to try that will engage them mentally, especially if your dog eats quickly, are food dispensing devices such as slow feeders or snuffle mats. You can try a licking mat to distract your dog, or Kong toys stuffed with kibble and peanut butter. Freeze them to make them last longer.

"Anything that makes them work harder and think harder," he said.

If you've got more patience and time, you can try a method called counter-conditioning, which is a practice where you create positive associations with something that's scary to the dog.

"You initiate something that's intensely positive, whether her favorite toys, something to eat, something for (the dog) to chew on," Stork said.

You also can slowly condition a dog to be accustomed to loud noises, similar to hunters who begin training their hunting dogs by getting them used to the sound of a pellet gun and moving up to a louder gun at a closer range.

During A Noisy Event

When the fireworks or another noisy event starts, keep in mind that your response is contagious, Stork said.

"Your reaction is going to be their reaction," he said.

Although it might be natural to comfort and try to appease a dog that's pacing and panting, the best course of action is to keep as calm and low-key as possible.

There might be a specific area of your home where the dog hides, whether that's behind the toilet, on a couch downstairs or in the bathtub.

If you can provide a comfortable space for your dog where it's dark, for example in the basement, and as far removed from the loud noises and flashing as possible, that's going to help, Stork said.

There are anti-anxiety medications that can be used near the event, Stork said, but it's still going to be difficult to keep them calm during these types of events. 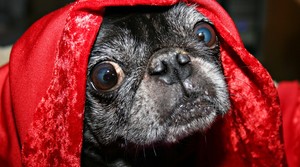 Many people look forward to the Fourth of July fireworks but not most pet owners. We talk to a veterinarian about how to prepare your pet for the loud noises and what to do to keep them safe.