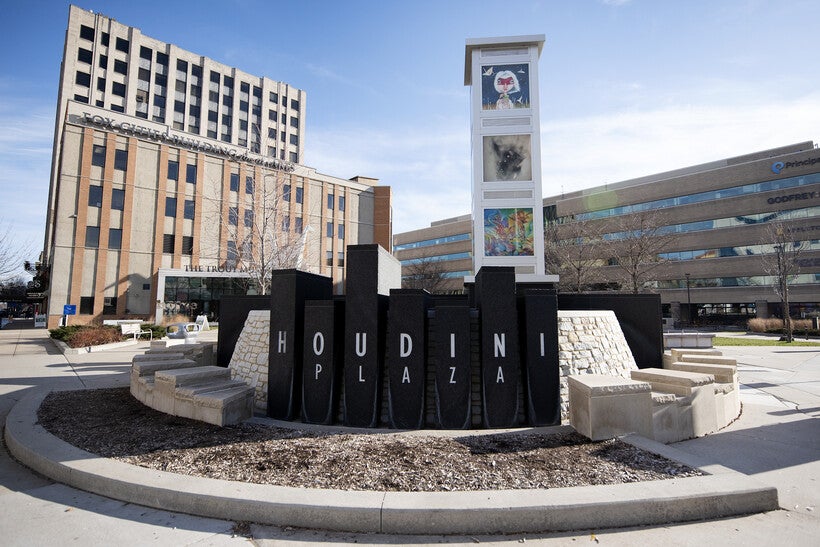 Winning Submissions To Be Displayed Downtown In Houdini Plaza
By Elizabeth Dohms-Harter
Share:

The City of Appleton is accepting submissions of photos that evoke hope as part of a competition that serves as a distraction of sorts from the coronavirus pandemic. The winning photos will be showcased in the city's central business district.

Twelve photos will be chosen to be displayed in the Houdini Tower, located in the Houdini Plaza in Appleton, to show passersby what hope looks like to its residents, said Karen Harkness, director of community development in the City of Appleton.

Submissions must be received by 4 p.m. Friday, Dec. 18. Photographers, who must be residents of Appleton, should submit their photos on the city's website.

Harkness said the goal of the project is to find and display images of hope for Appleton's residents during a trying year. Not only has the pandemic caused job losses, death and illness, but the "shadow pandemic" of higher alcohol use and increases in drugs and suicide are other issues facing the community, she said.

Three photos will appear on each side of the tower in display boxes that are backlit. They'll remain there for at least for six months, Harkness said. Winners will be chosen by five community members who make up the Appleton Arts Committee at their meeting Jan. 5. The selections will go before the Appleton Common Council for approval before going on display. 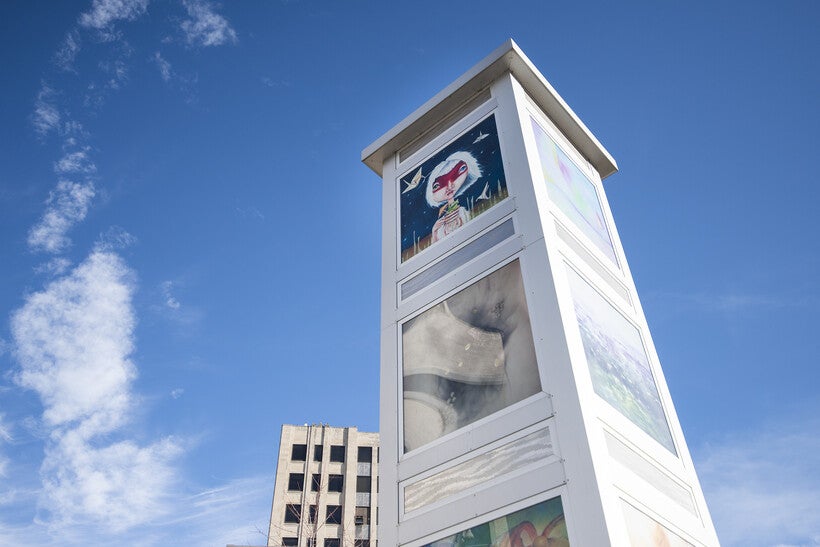 Images are shown on the Houdini Plaza Welcome Tower in Appleton, Wis. on Dec. 10, 2020. Angela Major/WPR

"Hope means something different to everyone, so we don't have a preconceived idea of what those photographs and images can look like," she said.

Winners will receive $100 and a $25 downtown Appleton gift card. Each contestant can submit up to three photographs, and Harkness said about 30 images had been submitted as of earlier this week. The competition opened Nov. 23.

Since the plaza was redeveloped in 2014, the space has been used to showcase local artists and photographers. Its first exhibit was a tribute to Harry Houdini, the famous magician who was born in Hungary and grew up in Appleton.

The contest is open to all Appleton residents except city employees.

Projects such as these help bring the community together, Harkness said, and can spark conversation between community members and enrich the community as a whole.

As an alternative to those who want to see the pictures but don't yet feel comfortable being out in public because of the pandemic, Harkness said the pictures will be featured on the city's website and on its Facebook page.

"We want everybody to be able to see these community images, and take a look at those photographs and relate those back to your own images of hope during this trying time," she said. 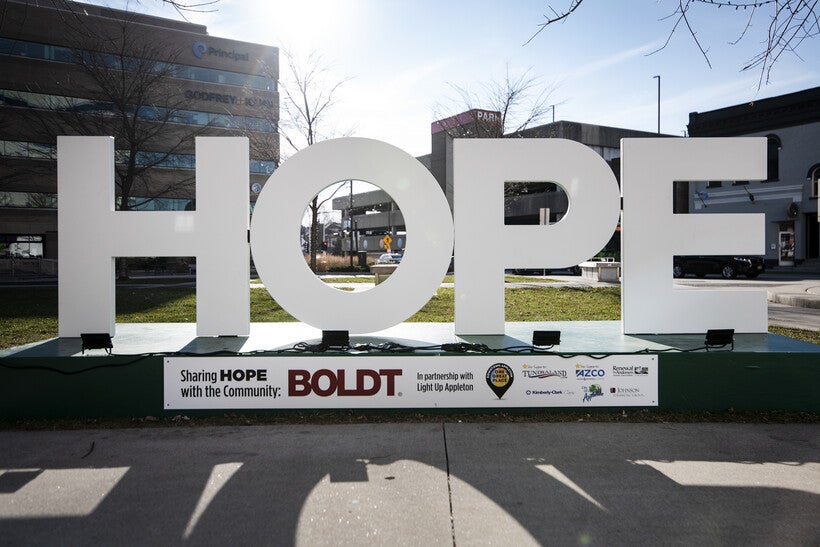 A sign near the Houdini Plaza Welcome Tower on Dec. 10, 2020 in Appleton, Wis. Angela Major/WPR

Near the tower where the pictures will be displayed are 4-foot-tall letters spelling out the word "hope." The letters were placed by Appleton Downtown Inc. in partnership with a few other businesses, Harkness said.

"The two kind of go hand-in-hand," she said of the letters and photo competition.