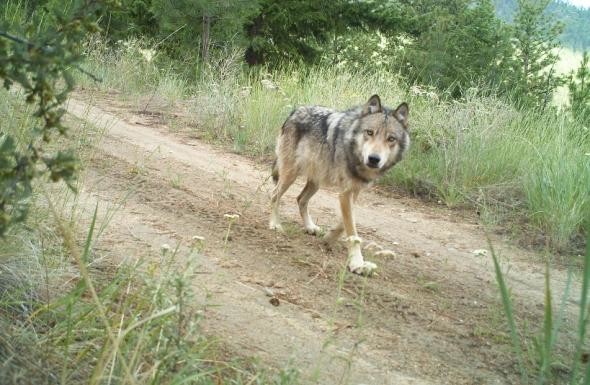 A federal appeals court ruled Tuesday the gray wolf should remain an endangered species in the western Great Lakes states, as well as parts of other Midwestern states. The ruling backs a 2014 federal judge’s decision to keep the wolf protected.

The Interior Department removed the gray wolf from the endangered species list in western Great Lakes states in 2011. However, the Court of Appeals for the District of Columbia has ruled federal regulators failed to consider the impacts of de-listing in just some states. The court also ruled the U.S. Fish and Wildlife Service didn’t take into account the loss of the wolf’s historic range.

Wolf advocates see the ruling as a victory, including Melissa Tedrowe, Wisconsin state director for the Humane Society of the United States. Tedrowe said the ruling should slow lawmakers' efforts to strip federal protections for wolves.

"Mainly because the reasoning of the court was so intricate and truly hard for any serious-minded policymaker to ignore," she said.

Tedrowe argues wolves should be protected not only because they haven’t recovered to their historic range or numbers, but she said they are invaluable to the ecosystem.

"In Wisconsin, wolves are so beneficial. They are a firewall against chronic wasting disease. They prevent deer-car collisions. They balance our ecosystem. They bring in tourist dollars," she said. "We need them on the landscape and our organization will continue to fight to protect them."

However, a bipartisan group of Wisconsin lawmakers has introduced legislation that would de-list the gray wolf in western Great Lakes states. A U.S. Senate committee passed a bill last week that includes a provision to prevent further legal challenges to the wolf's status.

"It’s outrageous that activist judges in Washington think they know what’s best for Wisconsin’s ecosystem. Just because wolves might not appear as a problem at environmentalist galas in Washington, they are a very real concern to farmers and ranchers in Wisconsin. Our farmers deserve to be able to protect their livestock, and they should not suffer because of the decisions made by an overreaching federal government a thousand miles away. I urge the Department of the Interior to appeal this decision, and I will continue to fight for legislation that will de-list the gray wolf."

Wisconsin Democratic U.S. Sen. Tammy Baldwin said in a statement that she would review the ruling, but also vowed to keep pushing for congressional action to return management of gray wolves to individual states.

Baldwin's Republican counterpart, U.S. Sen. Ron Johnson, called the ruling "outrageous" but "expected" given what he called activist appointments to the federal bench.

"Wisconsin should be permitted to manage the wolf population according to science rather than judicial whim," Johnson said.

Those who oppose federal protections for the gray wolf argue the population has recovered. Wisconsin ended its short-lived wolf hunt in 2014 when a federal judge ruled the animal should be placed back on the endangered species list. A spokesman with the Wisconsin Department of Natural Resources said agency officials had hoped the federal appeals court would return management to the states.

"It now appears it’s up to Congress to take action on de-listing the gray wolf so we can make our own decisions on how to manage our natural resources," said agency spokesman Jim Dick in an email on Tuesday.

The Wisconsin DNR reported this summer that wolf numbers have reached a record high with anywhere between 925 to 952 wolves in the state. The state is already on track to surpass the $200,505 in wolf damage compensation payments it made in 2016.

The U.S. Interior Department has not yet said whether it will appeal the court’s decision.