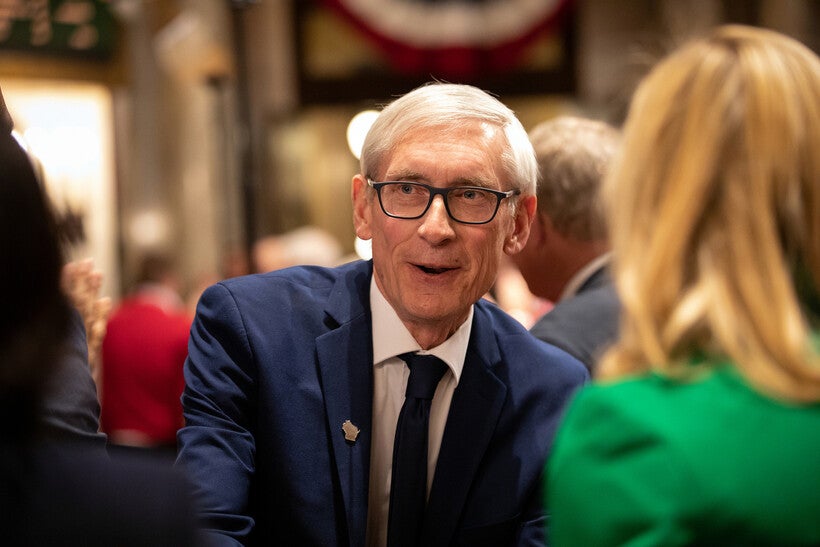 Appeals Court Sides With Evers In Dispute Over Walker Appointees

Judges Found Evers Did Not Violate A Court Stay When He Rescinded The Appointments
By Shawn Johnson
Share:

A state appeals court has sided with Gov. Tony Evers in a dispute with Republican lawmakers over Evers' decision to rescind 15 lame-duck appointees made by Gov. Scott Walker.

Evers later reappointed 67 of those same people, effectively removing 15 of the Walker picks from various state boards and commissions.

Wisconsin's District 3 Court of Appeals later stayed Niess' decision, putting it on hold while the case was appealed. An attorney for Republicans asked the appeals court to rule that by rescinding the appointments, Evers had violated the stay.

But in a unanimous decision, the three-judge panel found that their March 27 stay order only covered the case going forward, and was not in effect when Evers rescinded the appointments on March 22.

"We agree that the effect of our stay is prospective only," wrote Judges Lisa Stark, Thomas Hruz and Mark Seidl. "It does not address the validity of the Governor’s interim action of withdrawing the nominations, much less require him to reinstate the appointees who were withdrawn prior to our issuing a stay."

Evers' office celebrated Tuesday's ruling, saying it affirmed what the governor had been arguing for weeks.

"In their unconstitutional attempt to override the will of the people, Republicans hastily and recklessly confirmed 82 appointments with no hearing or public input," said Evers spokeswoman Melissa Baldauff. "Wisconsin deserves better. As the governor has repeatedly said, he acted properly and within the law to withdraw those improper appointments and make his own valid appointments."

The Walker appointees have become a flash point at the Capitol in the dispute over the lame-duck session. Among the 15 who were removed from their jobs is Ellen Nowak, a longtime Republican aide and Walker's former Department of Administration Secretary. Walker appointed Nowak to a term on the Public Service Commission ending in 2023.

There are signs that the dispute has spilled over to other business at the Capitol. Senate Majority Leader Scott Fitzgerald, R-Juneau, told reporters Tuesday that there was "some truth" that Republicans were "slow walking" the confirmation of Evers' cabinet secretaries because they were frustrated that he had rescinded the Walker appointees.

"These public servants were duly appointed by the governor and confirmed by the Senate during a constitutional session of the Legislature," Fitzgerald said. "We will immediately appeal this decision to the Wisconsin Supreme Court."

Tuesday's ruling was hardly the final say in the legal dispute over these appointments. The appeals court noted that it was not ruling on the merits of the case, only on whether the governor had violated a stay order.

"In the event that a court ultimately determines that the original confirmations were made during a properly convened extraordinary session and are thus constitutional, that court will have the power to determine the appropriate remedy, including whether the Governor’s withdrawal of the nominations can be declared void," wrote the judges.

The case in question was brought by a coalition of plaintiffs including the League of Women Voters of Wisconsin. Niess ruled in their favor last month, finding that the entire lame-duck session was unlawful because the state constitution does not explicitly allow lawmakers to meet in what's known as "extraordinary session."

Last week, plaintiffs in the League of Women Voters case asked the Wisconsin Supreme Court to hear a direct appeal of the merits of the lawsuit. Justices there are still weighing that request.

In a second Dane County Circuit Court case brought by a group of unions, Judge Frank Remington struck down portions of the lame-duck laws, ruling that they violated separation of powers protections enshrined in the state constitution.

Two federal cases are also proceeding. In one, a federal judge struck down a lame-duck law that restricted early voting. The other case, which was brought by the Democratic Party of Wisconsin, contends the laws violated the U.S. Constitution.