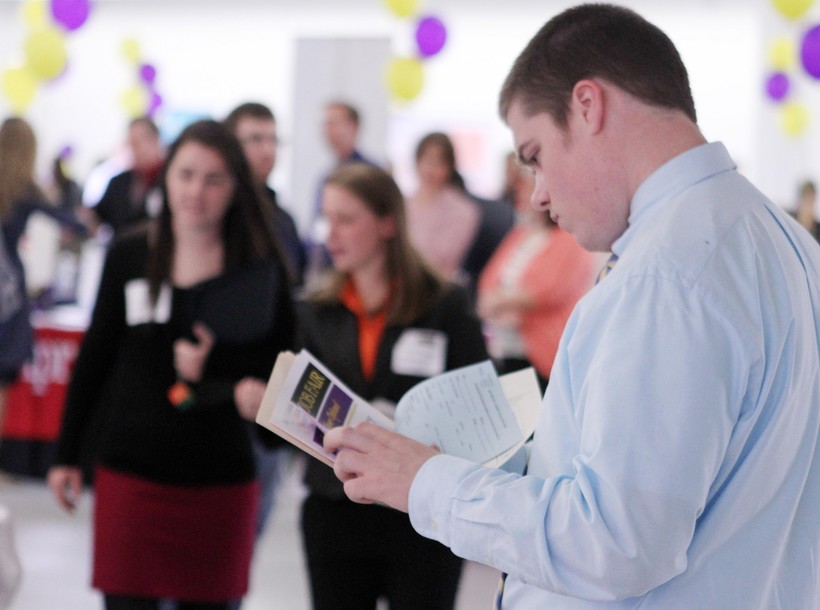 Anthropologist: Quitting Is Most Important Job Skill In New Economy

No one wants to be called a quitter. But in today’s economy, learning when and how to quit may be the one job skill you need most.

The career ladder has changed, and instead of staying in one job for your whole life, more and more people are looking to gain experience needed to land the next job, not to prove their company loyalty.

Anthropologist Ilana Gershon studies workplace relationships in the quitting economy. She said the loyalty that used to exist between employer and employee is largely gone, financially and culturally – and that's changing how employees and employers think about one another.

The following are excerpts from Gershon's conversation with "To the Best of Our Knowledge" host Anne Strainchamps have been edited for brevity and clarity.

Anne Strainchamps: Employees are coming to work with very different expectations — does this change the role of managers too?

Ilana Gershon: I met managers who would tell me that they would take a new employee out to lunch, sit them down, and say, "I know you're only going to be with us for a couple of years, and it's my role as manager to try to give you the new skills so that you can get the next job that you would really like."

They were trying to help people get better so that they can quit. I found that very odd.

AS: How do companies keep a workforce of quitters invested in their work?

IG: I think people have started to say, "OK, company loyalty is no longer going to be the emotion that keeps people connected to the company." And so instead what they're emphasizing is "passion," an emotional commitment.

Your listeners are probably constantly hearing about how you have to "find what you're passionate about" and do that as a job. That's a way for companies to find workers who are willing to work very long hours. It's a way to get people who are willing to put up with not-so-wonderful working conditions in the hope of being able to do what they love.

But all of this passion is focused on work, not on being part of a workplace community. So you're not supposed to be invested in your co-workers except inasmuch as they might be able to give you a job in another company when they've quit and been hired elsewhere.

AS: Quitting might work well for young employees who are building careers, but what about workers in their 50s? It's pretty hard to find another job if you quit at age 57.

IG: What I saw was that people in their late 40s and early 50s were experiencing longer and longer gaps between jobs. They were often being pushed into doing contract work and consulting, which was sometimes lucrative for them, but also really nerve-wracking. You then had shorter contracts and uncertainty over whether they were going to get the next contract. People found this way of living much more stressful as they got older.

A lot of age discrimination happens in small ways. (Hiring managers) who use words like "enthusiasm" or "energy" or "passion" are often signaling that what they want is the youngest workers possible.

All these words about vitality are signals — the hidden wink — that they aren't interested in older workers.

AS: What’s your advice for how to thrive in the quitting economy?

IG: I tell my students that they have even more incentive to be kind and generous to everyone around them, because you don't know in five or 10 years whether that person is going to be deciding whether you get the next job or not.

But I also tell people that these are not just economic decisions, but cultural decisions that commit us to a quitting economy. In many small ways, we can choose to do otherwise.

For example, we could have managers who don't take people aside and say, "Look, what I am most invested in is helping you get the skills to go further." Managers can say instead, "What I'm most invested in is making this company the best place possible for you. And I want you to know that we cherish people who are repositories of knowledge."

AS: What’s your best advice on how to quit?

IG: It’s actually getting hard for people to find time to look for that next job. When you’re supposed to be so passionate about your current job, devoting so much time to it — plus having a thriving personal life — often it doesn't leave you time to find the next job. And that too is a real problem.

Editor's note: This interview originally aired Dec. 30, 2017. The interview has been adapted for online.