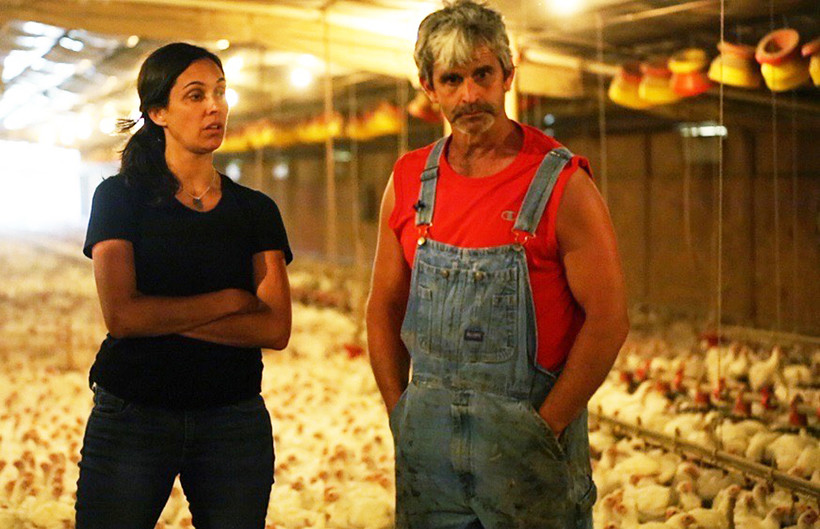 When Leah Garcés moved from London to Georgia, the poultry capital of the United States, she was ready to fight.

After working with animal advocacy groups across Europe, Asia and South America — to combat against bullfighting, whaling, bear-bile farming, working horses and captured dolphins — factory farming was the worst display of abuse she had ever seen, she writes in her book "Grilled: Turning Adversaries into Allies to Change the Chicken Industry."

"In my mind, chicken factory farming particularly is one of the leading causes of suffering on the planet," she said. "I really wanted to draw attention to that."

Through partnerships forged with farmers, her goal for animal protection morphed into a call for change to the entire food system.

That's why Mercy for Animals, an organization that Garcés runs, unveiled a project in November called Transfarmation. The goal is to help farmers pivot out of meat farming and into plant farming, and connect those farmers with startups who want to create meat substitutes and other plant-based food.

"The key to ending factory farming, ending the treatment of animals like this is sort of hacking that economic formula, where we find solutions where everybody wins," she said.

Garcés said the goal is to work with five to seven farmers this first year, however she doesn't expect "transformation" for at least a year. Already on the organization's website, she said about 12 farmers have inquired about the program and that has led to deeper conversations with two of them.

She said her organization is following the path of successful farmers who have transformed their farms, including Mike Weaver of West Virginia, who's now growing hemp; and the Sump family, who converted their chicken house into a space for growing hydroponic leafy greens.

In the U.S., more than 90 percent of all animals farmed are chickens that are raised for meat. Factory farming often involves chickens living in overcrowded, long and dark warehouses for about 40 days until they are hauled off for slaughter. Sometimes they're disfigured, because selective breeding over decades has them growing much bigger and faster than is natural. 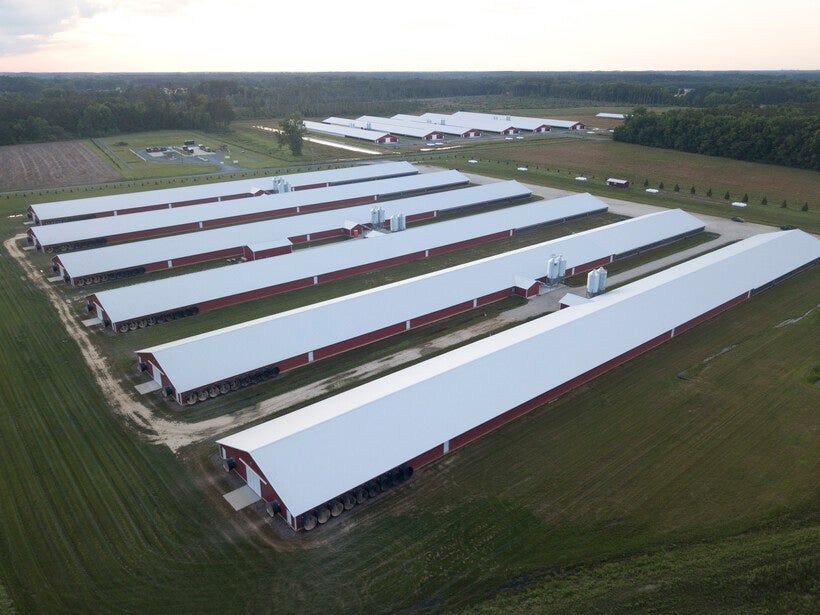 Watts wanted to stay on his family's land in Fairmont, North Carolina, but job opportunities were scarce in one of the poorest counties in the country. The chicken industry was a bit of a saving grace then, because they offered Watts a contract to raise chickens. He took out a series of loans totaling about $500,000 to build and upgrade the chicken houses.

In the partnership between the industry and farmer, a company drops off chickens to Watts' farm where he raises them and sells them back to the company. He uses that money to pay off his loan. The problem was he wasn't paid for any dead chickens. He knew he made a mistake, Garcés said, but there was no way out.

He's a private person and wasn't looking for attention, but he was frustrated with the industry that he said "hoodwinked" him. Still, he and Garcés shouldn't have gotten along, he said.

"She's bright lights, big city, I'm dirt road country," he said in a thick southern accent. "It shouldn't work, but there was a good vibe there. I knew subconsciously that we were going to be able to do something."

Watts no longer raises chickens. He's now working with the Socially Responsible Agricultural Project and rents out space in the former chicken houses to pay the bills. He still has about $8,000 in loans to pay back. And he's still friends with Garcés.

Garcés said Transfarmation provides an escape for these farmers, who can tap into consumer demand for meatless alternatives. As an example, Garcés said the chicken houses can easily be converted to hemp or mushroom farms, because conditions in the chicken houses are perfect for those plants and fungi.

Farmers who are in similar positions as Watts are encouraged by Garcés "to take steps in the right direction." She said that might mean providing birds with more space, or thinking about transitioning to a plants-based market.

Consumers can play a role, too.

Garcés said consumers could eat less meat or take a step by not purchasing meat packaging in supermarkets that advertises "cage-free chickens." That's a swindle, because chickens aren't raised in cages, but rather an example of the industry playing off consumers' desire for cage-free eggs. She said there's a difference between chickens raised for eggs and meat chicken.

"If we took a step in the right direction, the world would become better, not just for the chickens, but for everyone because our food system affects everyone," she said. "The progress is what matters." 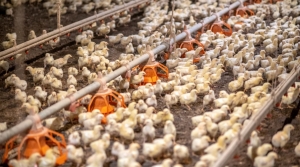 Many large-scale chicken farmers take on debt to get started in the business and find it tough to repay. We talk with an animal rights activist who's working with farmers to find new revenue streams and reform the chicken industry.