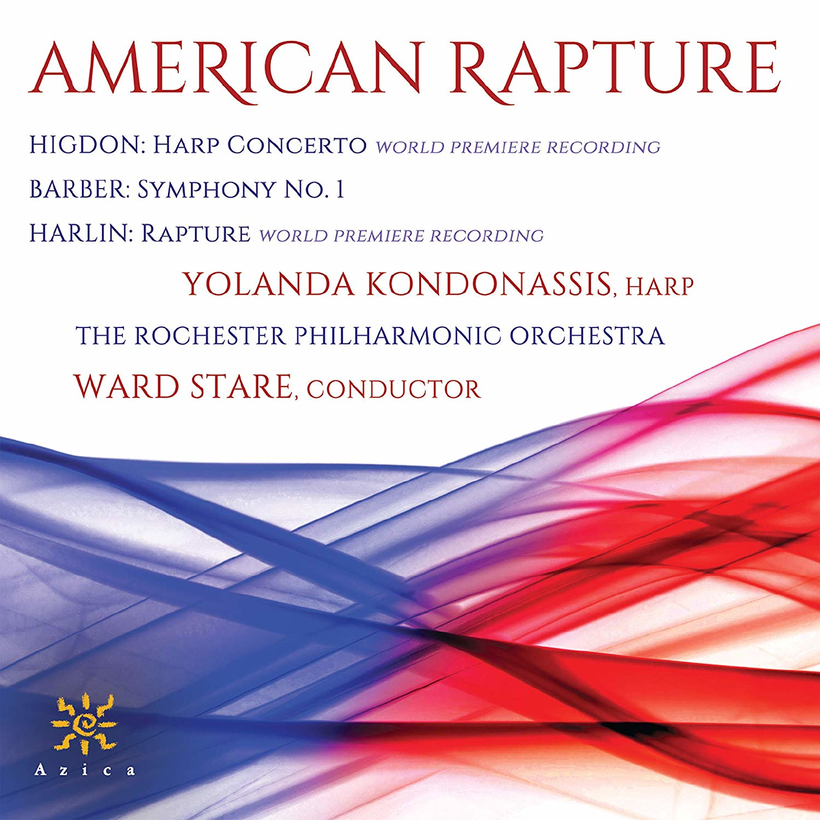 Harpist Yolanda Kondonassis is a sensational performer, and her new collaboration with the Rochester Philharmonic Orchestra and conductor Ward Stare is scintillating, to use a word that hearkens back to one of her much earlier recordings ("Scintillation.")

The release was recorded with a live audience in Rochester, and it captures the energy and electricity of being in the audience for a really special performance – without sacrificing sound quality.

There are two world premiere recordings on the CD: Patrick Harlin's "Rapture," inspired in part by a phenomenon that ultra-cavers experience after weeks of light deprivation. Harlin writes that the title refers to "extreme emotion" rather than a religious event.

Samuel Barber's Symphony No. 1 is also on the release, a lyrical and intense one-movement work from 1936 that he dedicated to his partner, Gian Carlo Menotti. Stare and the RPO give the piece an enthusiastic and enlightening treatment.

The pièce de résistance is the Harp Concerto by Jennifer Higdon, who wrote and dedicated the concerto to Kondonassis. The work was commissioned by a consortium of orchestras - not just Rochester, but Harrisburg, Baton Rouge, Fargo-Moorhead, Lansing and Oklahoma as well.

Here's what the harpist said about working with the composer: "We agreed on many aspects of what a new harp concerto should be – strong, agile, lyrical, feisty, energetic and even heroic; it should be challenging but really fun to play, and it should have a groove that allows the harpist to catch a musical wave with the orchestra once in a while. Jennifer managed all this and more, delivering a work that is all at once powerful, heart-wrenching, whimsical, and original.”

Kondonassis elicits maximum tone, sparkle, energy, virtuosity and beauty(!) from her instrument; she seems to conjure up effortless power, coupling that with ravishing nuance and subtlety. Higdon's new concerto is a gorgeous showcase for the instrument, and conductor Ward Stare leads the RPO with an effervescence that makes for a great partnership with the soloist.