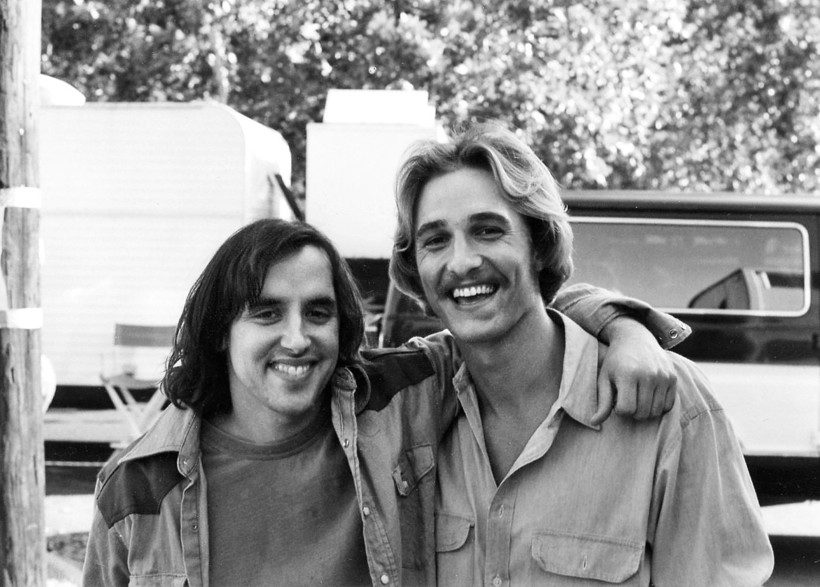 The teenage coming-of-age story is a time-tested favorite in Hollywood. But compared to the plot-driven, low-stakes drama of John Hughes films like 1985's "The Breakfast Club" or 1986's "Ferris Bueller's Day Off," 1993's "Dazed and Confused" seemed a bit radical, says author Melissa Maerz.

Maerz recently spoke with Doug Gordon of WPR's "BETA" about "Alright, Alright, Alright," her new oral history of director Richard Linklater's classic film. She interviewed Linklater and nearly the entire cast for a comprehensive look at what made the period piece feel so timeless.

Maerz suggested "Dazed and Confused" was groundbreaking in part for its lack of plot.

"I think 'Dazed' showed that most of the time being a teenager is not dramatic. Most of the time it's kind of boring, and you're kind of waiting around for something to happen," she said.

That portrayal of average, aimless, boring teenage life is a big part of what has endeared people to the film for nearly 30 years.

On the last day of school in 1976, a bunch of Texas high schoolers blow off parents and expectations to celebrate summer and ponder the future. And it feels like everyone you know is there.

Mitch is an incoming freshmen getting hazed and initiated. Darla is a senior doing the hazing. Pink is a jock questioning his commitment to football. Slater is a mystic pot-head. Wooderson is a creepy guy in his mid-20s who's still hanging around.

For Linklater, "Dazed" was a hinge point in his career as a director. After making the 1990's acclaimed "Slacker" for less than $23,000, "Dazed and Confused" was a decidedly more Hollywood affair that many saw as a glorification of teenage life in the 1970s. Maerz said that wasn't Linklater's intention.

"I think he would say that he discovered in the process of making this movie that it's impossible not to glorify the era that you're putting on screen," she said. "I mean, he even has a character in 'Dazed and Confused' say outright that the '70s obviously suck."

Maerz suggested that although Linklater was trying to model the boredom of his own Texas upbringing, putting it on screen automatically glorified it to the viewer.

"I think it's very hard to make an anti-nostalgia movie about the '70s and not have it be something that makes people nostalgic," said Maerz.

Part of that nostalgic effect comes from the chemistry of the young cast, which included future stars like Matthew McConaughey, Parker Posey, Ben Affleck, and Renee Zellweger.

"Well, he was so smart, he sent out a letter before they even got to Austin to start shooting that basically said, 'If you don't like your character, change it, you know, bring in something that's real from your life.' And I think a lot of them got really into bringing their own experience to these characters," she said.

There was also the time spent off camera, just hanging out.

"And there was a blurring of the lines between who they were behind the scenes, you know, creating chemistry together, partying together, having this great time in Austin, and what was happening on the screen," Maerz continued. "And you look at the movie, it's really clear that chemistry is real. It almost has kind of a documentary type vibe to it. It feels very natural."

Maerz described Linklater as being a kind of coach on set. He had a knack for finding something inside each actor that inspired them to give their best performance.

Posey was encouraged to improvise during filming, which resulted in a very funny moment, and one of Maerz's favorite lines.

Posey's character Darla is hazing some incoming freshmen, and shouts a line she once performed in a Bertolt Brecht play, which had accidentally been mistranslated from German to English.

"It's so great. It feels so high school," said Maerz. "It does not feel like Brecht at all."

One of the film's most memorable performances is delivered by a young McConaughey in his first Hollywood role. He played Wooderson, who was originally supposed to be in only a few scenes, but he became a much larger part of the film after Linklater encouraged McConaughey to improvise as well.

Wooderson is in his mid-20s, but still hangs out with the high school crowd and likes to flirt with underage girls.

"If you look at the original screenplay just on the page, his character is not only a very small character, but also just kind of a much darker, sadder character. Just kind of seems like a pure predator, somebody who you want to stay away from," Maerz described.

But Maerz said McConaughey brought a charm to the role that caused Wooderson to evolve.

"Which makes it so much more complicated," she admitted. "Like, he's still a really creepy guy, but you can see how people are attracted to being around him."

In addition to great performances from the actors, "Dazed and Confused" is memorable for its soundtrack. Classic rock was just starting to make a comeback in 1993, and Linklater put it to good use. From montage features to background accents, music became an important character in the film.

"I have to say, I think 'Tuesday Is Gone' is one of my favorite songs in the movie because it is so filled with nostalgia," said Maerz. "Like, you see these kids in this party already nostalgic about this night that's not even over yet. And you hear that song playing like, oh, 'Tuesday is gone with the wind.' It really feels accurate for that scene."

But Maerz's favorite scene happens on the high school's football field after the big party and features an exchange between Jason London's character Pink, Wooderson and Don, played by Sasha Jenson. Maerz thinks it perfectly encapsulates why "Dazed" has such an enduring nostalgic appeal.

"Jason London gets up, and the camera kind of pans around him while his friends are behind him," she described.

"I think it's a really powerful scene, especially since that character is based on Richard Linklater, and Richard Linklater is the one filming the scene as an adult, looking back on his teenage years. It's just a really layered scene," she said.

Maerz suggested people keep coming back to "Dazed and Confused" because they can personally identify with the film's characters.

"You know, I talked to a lot of people who went to high school with Linklater in Huntsville, Texas, and everybody thinks there's a character based on them," revealed Maerz. "And not even in Huntsville. You know, people in the world at large really believe that there are characters who are exactly like them in high school, and I think that shows you why this movie is so personal for so many people."