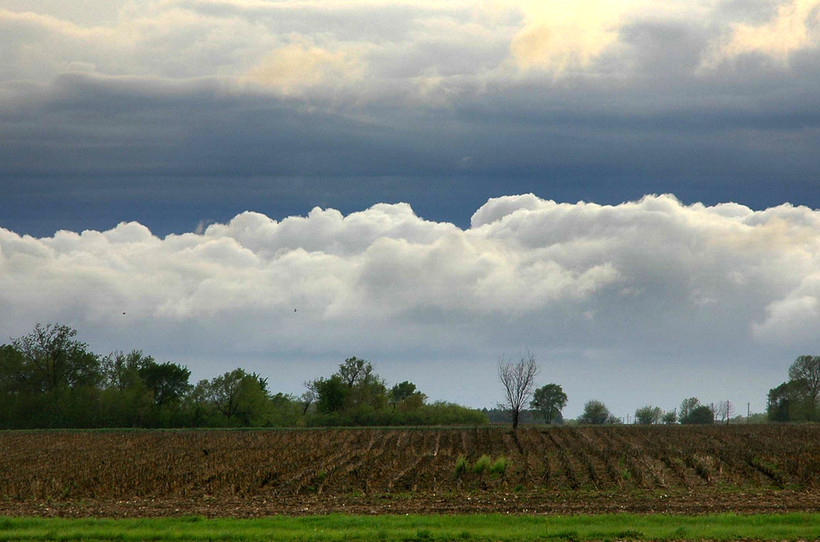 A bill to block use of an air quality monitor in Kohler-Andrae State Park has touched off a scientific and political debate. The discussion comes as Sheboygan County is trying to become the last full county in Wisconsin to meet federal standards on ozone pollution.

Scientists agree that most of the pollution that's registered at the regional monitor is from Chicago, Milwaukee, Gary, Indiana, and other southern Lake Michigan cities due to lakeshore winds that often blow from the south or southeast. 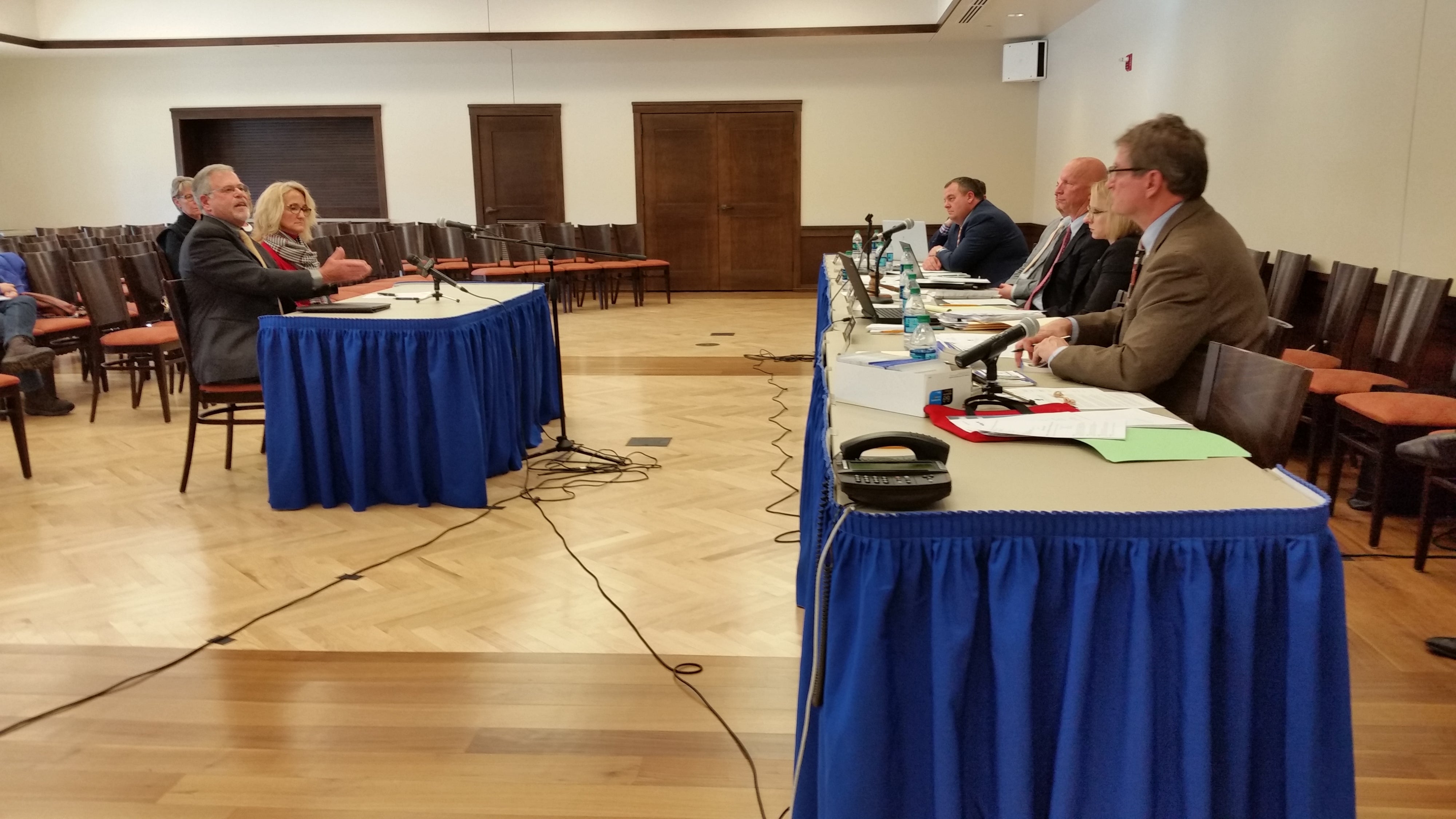 Dave Gass, left, and Jane Brill of the Sheboygan County Chamber of Commerce speak at the legislative hearing. Chuck Quirmbach/WPR

Being over the limit makes it harder for local businesses to expand. Local companies say that's unfair, because most of the ozone pollution registering on the regional monitor is blowing north from Chicago.

"I know businesses that have moved operations out of the state because they say we can't deal with non-attainment status. They (the EPA) refuse to recognize all the effort Sheboygan County businesses have done to improve emissions," Gass said at a state Senate hearing Thursday in Greenbush.

If the air quality in an area meets the federal standard, it's called an attainment area. If it does not, it's a non-attainment area, according to the EPA.

But environmental and health advocates want to keep using the device, and say the monitor at Kohler-Andrae helps show when the air is too harmful to breathe. 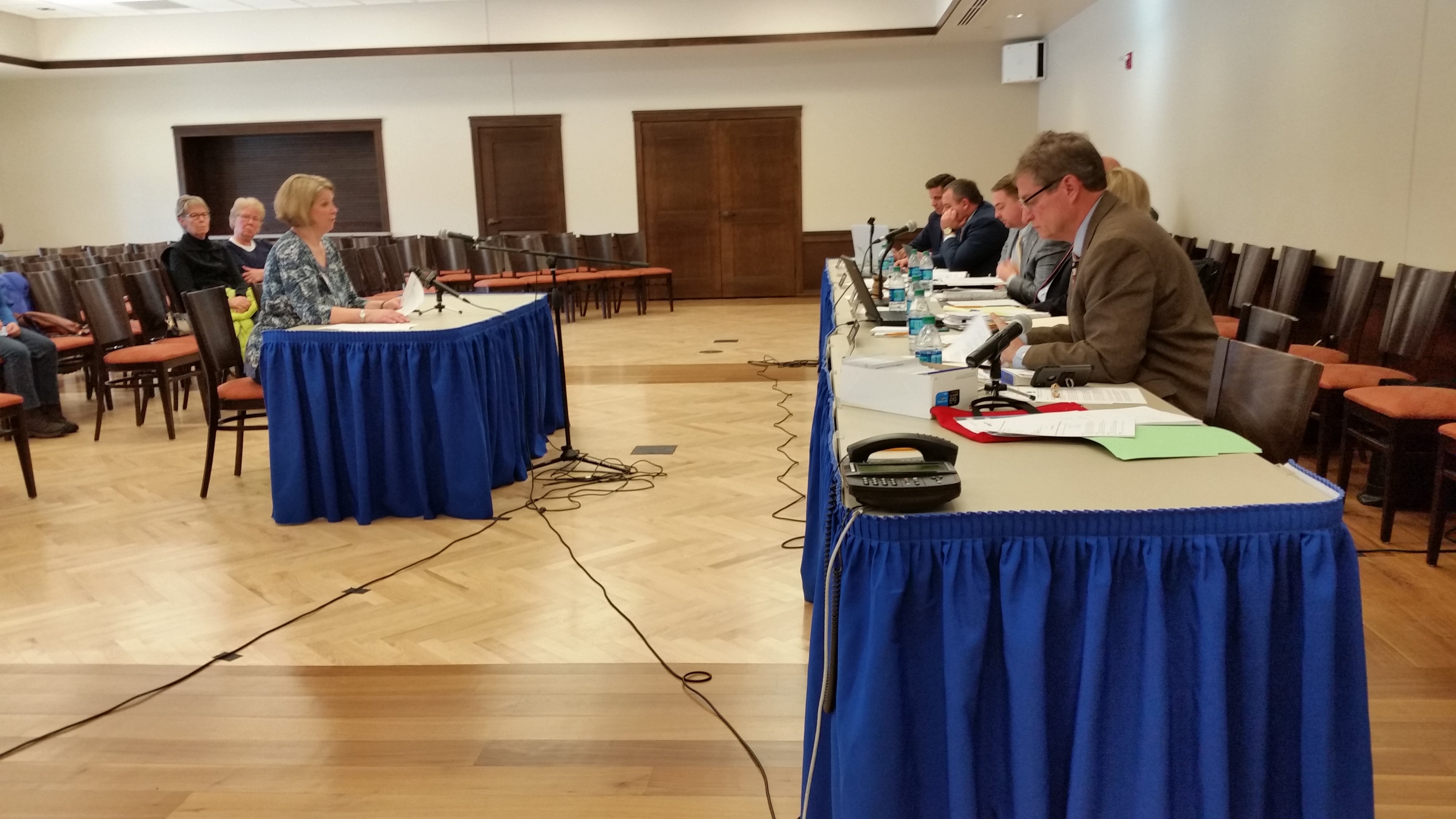 Dona Wininsky of the American Lung Association in Wisconsin testifies at the legislative hearing. Chuck Quirmbach/WPR

Dona Wininsky of the American Lung Association in Wisconsin says just a few exposures to high levels of ozone pollution can increase the risk of breathing problems.

"So we have to have that ozone monitor if for no other reason just to warn people who live in close proximity to where the levels are high of what the air quality is like and allow them to take protective measures," Wininsky said.

According to environmental groups, data from the monitor provides evidence for the EPA to go after large polluters from the southern Lake Michigan region. Sheboygan and the eastern half of Kenosha County are the last Wisconsin counties to exceed the pre-2015 federal ozone standard.